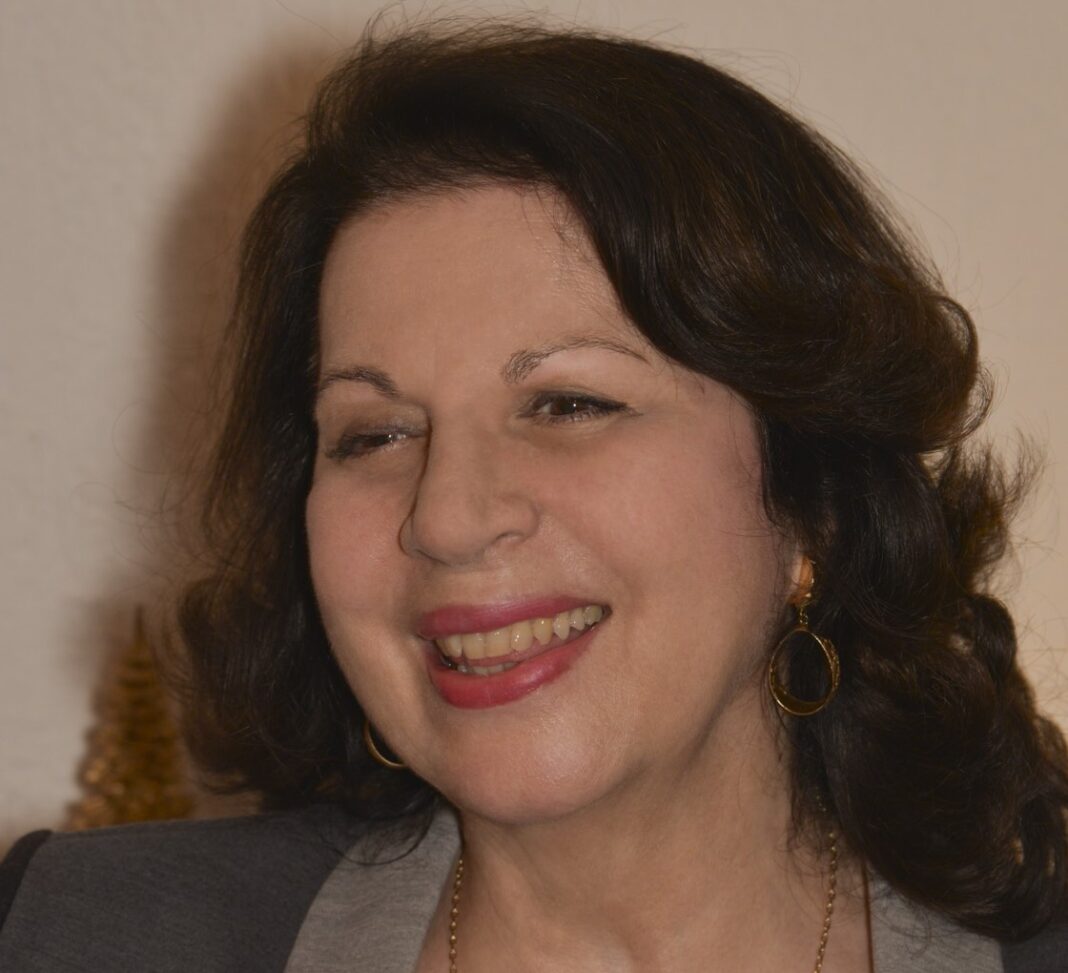 The famous Greek mezzo-soprano and Vice-Rector of the Munich Academy of Music, Daphne Evangelatou, passed away today in Munich, after a long battle with cancer, whom he faced with vigor and bravery. She had divided her life between musical interpretation and teaching, which was an integral part of her artistic capacity. She conveyed her love for music with great zeal to her students, most of whom excelled and still excel internationally.

Born in Athens to a well-known artistic family, the daughter of composer Antiochos Evangelatos and harpist Xeni Bourexaki-Evangelatou, sister of director and academic Spyros Evangelatos, she was married to composer and pianist Stefanos G. He studied music at the Hellenic Conservatory in Athens (song with Nunouka Fraggia-Spiliopoulou) and foreign languages ​​(French, English, German, Italian). She continued her musical studies in Vienna and at the Opera-Studio of the Munich State Opera, of which she was a leading performer until 1995.

She started an international career in 1980, which led her to all the major music centers in Europe: Berlin, Paris, London, Vienna, Milan, Rome, Venice, Naples, Brussels, Amsterdam, Copenhagen, Geneva, Bordeaux, Barcelona, ​​Lisbon, Hamburg, Frankfurt, Cologne, Athens, Dresden, as well as in the USA (Los Angeles) and Japan (Tokyo). He has appeared repeatedly in International Festivals: Salzburg, Edinburgh, Aix-en-Provence, Munich, Dresden, Lyon, Athens, Epidaurus, etc. While already in 1982 she was awarded the title of the best and most popular singer of the year by the press and the public of Munich.

Thus, the Athenian public had the opportunity to enjoy her embodying Agave in "Bacches" by Argyris Kounadis, Jocasta in "Antigone" by Mikis Theodorakis, Lysistrata and Electra in the eponymous operas of the same composer, but also Sesto, in Mozart's "Tito's Magnificence", Baba in Gian Carlo Menotti 's "Medium", Herodias in Richard Strauss' "Salome", Clytemnestra in " Electra "by the same composer, Gräfin Geschwitz in" Lulu "by Alban Berg, but also in concert productions such as" Wesendonck Lieder "by Wagner," Requiem "by Verdi," Medea "by Krenek," Oedipus Rex " by Stravinsky, as well as in many Song Recitals.

Apart from the purely artistic activity, Daphne Evangelatou gave a lot of weight to teaching. In 1993 she was elected full Professor at the Hochschule für Musik und Theater München and since 2001 Vice-Rector of the same Institution. In 2003 she was elected Professor (Gastprofessor) at the Royal Academy of Music in Copenhagen. While he often participated as a member of the jury in International Song Contests such as: ARD-Munich, Maria Callas-Athens, Mozart-Salzburg, R. Strauss Munich, Competizione dell 'Opera and was invited to Song Seminars in France, Germany, USA, D Italy and Greece. Since 2004 he has been a member of the Jury of the Artistic Awards of the Bavarian Ministry of Culture and an Advisory Advisor to the Mozarteum University of Music in Salzburg and the Royal Academy of Music in Copenhagen.

In November 2006 he was honored with the "Grand Music Award" of the Association of Greek Theatrical and Music Critics.
On April 4, 2015, the Ionian University decided to honor Daphne Evangelatou for her contribution to the field of music by awarding her an honorary doctorate from the Department of Music Studies.

In October 2017 he undertook to present and dramatize Mozart's Tito's Magnificence (1791), a work he had known well and which he had performed with great success (as Sesto) since the 1980s to young artists, an event which was organized by the Association of Friends of Music, with the aim of strengthening the Maria Callas Scholarships.

She leaves behind her husband Stefanos Gazouleas and her niece Katerina Evangelatou as well as dozens of students she guided and inspired throughout her life.

Nine people were killed and 15 others were injured today in the collision of a small bus and a truck in central Iran, iribnews reported, the ...
Read more
SPORT CITY

Although Panathinaikos beat Lavrio 102-83 in OAKA, it loses Nemanja Nedovic. The Serbian guard injured his ankle in the 33rd minute of the match, ...
Read more
News Bulletin Athens 9.84

The road to reduced VAT on the islands, real estate, fertilizers, agricultural machinery and pesticides, initially from 2025, opened today in ...
Read more
984

Pandemic: Imprisonment for up to two years and fines for parents who do not send their children to school

Parents who will not let their children go to school will face criminal penalties, citing reasons for the pandemic. Legislation for ...
Read more
984

A new environment tends to be formed in the VAT rates in the European Union from 2025 in the first phase and until 2030 and then in ...
Read more
984

Fauci: "Almost certain" that the Omicron variant is no more serious than the Delta

It is "almost certain" that the Omicron variant of the new coronavirus does not cause a more serious disease than Delta, said today to the French Agency the ...
Read more
984