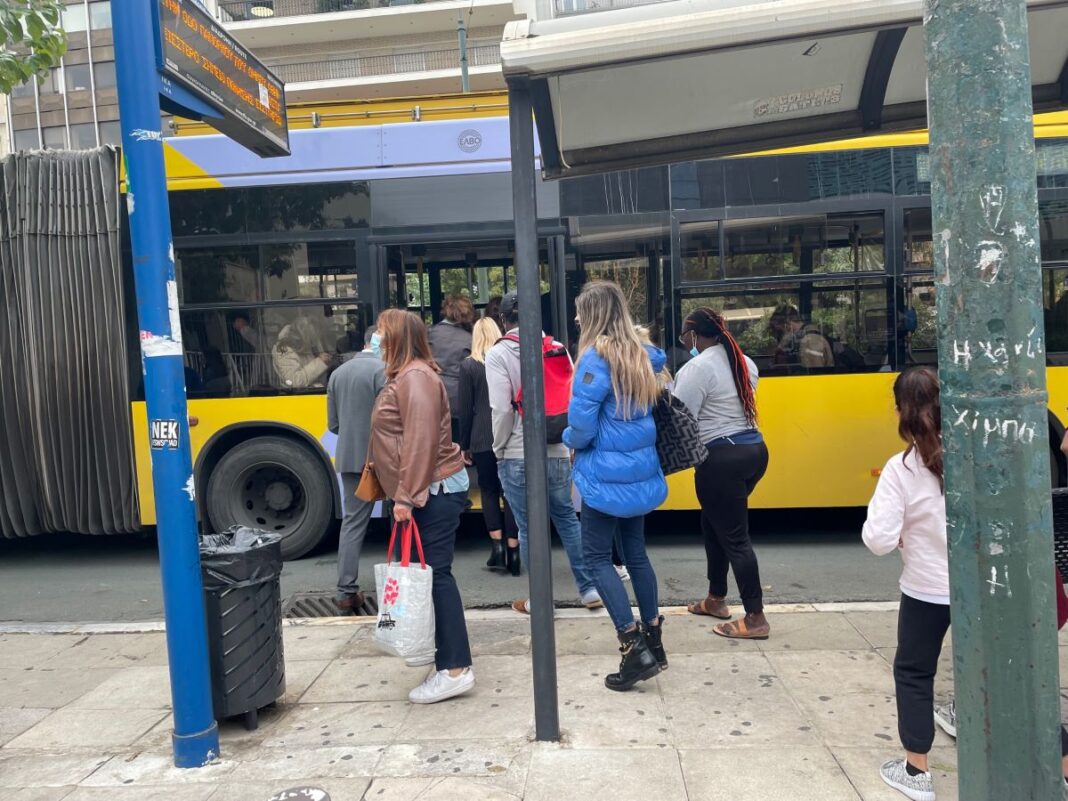 From early in the morning, at almost all the key entrances of the ring there are men of the Traffic Police who inform the drivers about the new traffic measures and the entry conditions of the vehicles. As things stand today there is a resilience of the police, as is customary every first day of application of the ring.

What passengers say about the situation on the buses

The picture on buses and stops is better compared to last week, according to the passenger public. "This seems to have been due to the decision that the administration may have taken to take out the entire fleet of buses, thus reducing the waiting time at stops," as many who use buses to the center point out.
pollutants.

One of the same in the Metro

The picture in the Metro is similar to last week, despite the fact that from everything it seems that the frequency of the routes has increased from today in order to deal with the situation of overcrowding, especially during peak hours.
"Metro trains arrive at more regular intervals, but even this does not seem to have improved the image," said people who use the Metro on a daily basis to get to work.

Ring with traffic on the streets

The picture on the main streets of the city is completely different, despite the application of the Ring. In many central points, such as Vasilissis Sofias and Alexandras, there is a particularly high traffic with vehicles moving at low speeds, despite the fact that today only those cars that have the last digit of the number plate and those that are excluded due to low emissions are circulating in the Ring.