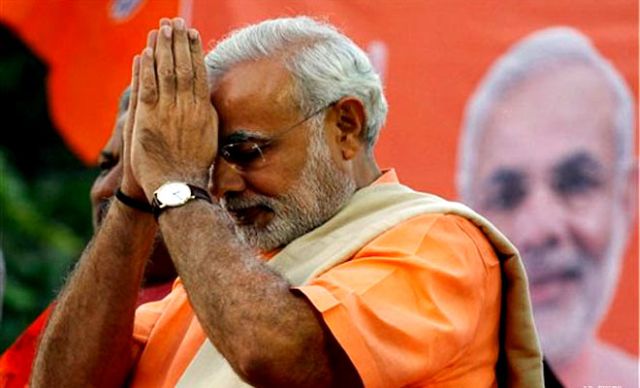 Monty's office said the Climate Summit would be an important opportunity to "chart the path we will take".

Officials say India, the world's third-largest emitter of greenhouse gases, behind the United States and China, will submit a new offer without going into details.

More than 120 leaders of the international community are expected to attend the biggest Climate Summit since the Paris talks on November 2015 and 1, 2, but Chinese President Xi Jinping and Russian President Vladimir Putin will shine in their absence.

US, European Union and British climate ambassadors have traveled to New Delhi several times in recent weeks to urge the Monti government to do more to reduce carbon emissions.

Monti will also attend the Summit of the Group of 20 most powerful economies on the planet in Rome next weekend, where the rise in temperature will be on the agenda, among other things, was announced by his office.

According to the International Energy Agency, India currently produces the same amount of carbon dioxide as the European Union, even if its per capita consumption is two-thirds lower.

Having achieved a great victory, this year's "World Day of Persons with Disabilities" will be celebrated by people with disabilities living in Greece, as it was satisfied ...
Read more
984

December 2021: The latest pending issues with the tax office and those required for additional declarations

Hundreds of thousands of taxpayers have just 28 days to settle their pending issues with the tax office for 2021, as in addition to ...
Read more
IT HAPPENS IN ATHENS

The extension of the operating hours of the fixed-track means on the lines returns, from today, Friday, December 3, 2021, and for every Friday and Saturday ...
Read more
COVID-19

The state of New York has confirmed five cases of the Omicron variant of the new coronavirus, announced the governor Kathy Hawkul, urging her fellow citizens to ...
Read more