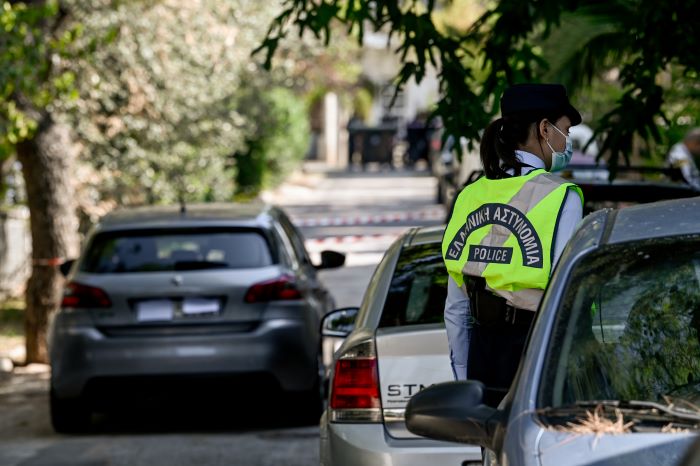 The episode with the shootings on Tatoiou Avenue in Nea Erithraia had a tragic end.

Despite the efforts of the doctors to keep him alive, one of the two men, 43 years old, ended up in hospital, who were suddenly shot in the morning by a 40-year-old man, while they were doing gas work, on Tatoiou Avenue, Nea Erithraia.

The second is being treated for leg injuries.

The accused, who, according to information from police sources, is facing psychological problems, is being held at the Security Sub-Directorate of Northeastern Attica.

ELAS announcement about the shootings in Nea Erithraia:

A 23-year-old local man was arrested this morning, Saturday, October 2021, 40, in the area of ​​Nea Erithraia, accused of murder, attempted murder and violation of the law on weapons.

Police officers of the DI.AS team went to the spot. and in the context of searches, they located and arrested the perpetrator, while at the same time, a revolver was found and confiscated in the basement of his house.

The injured were taken to hospitals, where one of them ended up, while the other is being treated.

The arrested person will be taken to the Athens Prosecutor's Office.
Preliminary investigation is carried out by the Security Sub-Directorate of Northeastern Attica.

Weather: Rains and thunderstorms in several areas tomorrow with a noticeable drop in temperature

On Tuesday, initially rains and thunderstorms are expected in several areas of the country, but at noon the effects will be limited to Western Greece and ...
Read more
COVID-19

Covid-19: BioNTech begins work on a vaccine specifically for the Omicron variant

BioNTech SE announced today that it has begun work on a vaccine specifically for the worrying Omicron variant of the new coronavirus that has been identified ...
Read more
IT HAPPENS IN ATHENS

A Cafao dedicated to the advisory Line 115 25 of the Union "Together for the Child" was created in Paleo Faliro by the members of the Hellenic Guiding Body ...
Read more
GREECE

Koutsoubas in Parliament: "Government management of the pandemic went bankrupt"

"The government management of the pandemic went bankrupt", stressed the General Secretary of the KKE, Dimitris Koutsoumbas, in the Parliament, saying that the implemented policy is characterized by irrationality, contradictions ...
Read more
SPORT CITY

Ralph Rangnick has officially taken over the position of caretaker manager of Manchester United until the end of the season. Ralph Rangnick is also a formal ...
Read more