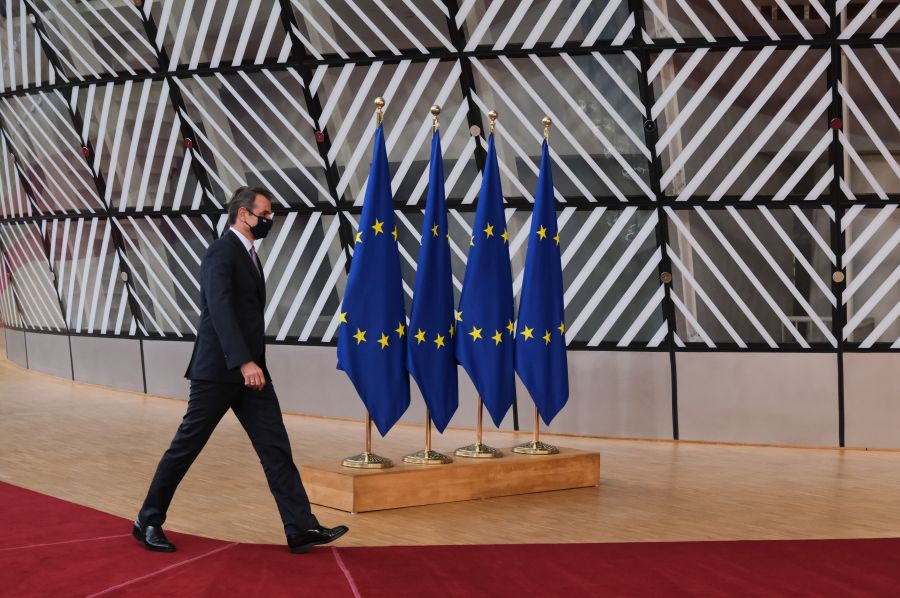 It will highlight the Turkish delinquency today, against the second day work of European Council, Prime Minister Kyriakos Mitsotakis, setting the issue of non-implementation by Anchor of agreements for immigration (a topic scheduled to be discussed today at the Summit).

Nautical Geo will carry out dredging after the issuance of a relevant NAVTEX by the Republic of Cyprus in the context of the construction of the East Med pipeline funded by the European Union with the participation of Cyprus, Greece, Italy and Israel.

Yesterday, Ankara threatened to intervene "on the ground" to prevent drilling inside the Cyprus EEZ.

Turkish Foreign Ministry spokesman Tanzu Bilgic accused Greece and Cyprus of taking steps to increase tensions in the Eastern Mediterranean. "Efforts to send research vessels to our continental shelf in the Mediterranean continue. We respond to these challenges both on the field and at the table, and we never allow our rights to be violated. ", said Mr. Bilgits.

Η discussion for the Turkish delinquency in the East Mediterranean is connected directly from the Greek and Cypriot side with the general geopolitical dimension of the issue as in via energy Greece highlights the role that the Eastern Mediterranean can play as an alternative source of energy security in Europe.

It is recalled that last Monday in Luxembourg the EU Foreign Ministers took the first step towards imposing new sanctions on Turkey in response to Ankara's unilateral actions in Varosia and the harassment of the Nautical Geo research ship within the Cyprus EEZ.

As stated by the High Representative of the EU on Foreign Policy Josep Borrell: "We decided last summer that if such activities continued, we would ask the European External Action Service to prepare an options paper, which is both an analysis of the situation and a proposal for a series of measures that the Council could consider if it wishes to take a decision. This document is the first step in considering decision making in this regard. And that is what we decided today. "

Mr Borrell spoke of Turkey's "unacceptable intervention" against "European ships" and said the other member states had expressed "strong solidarity" with Greece and Cyprus.