Τζ. Payat: Greek-American relations are stronger than ever 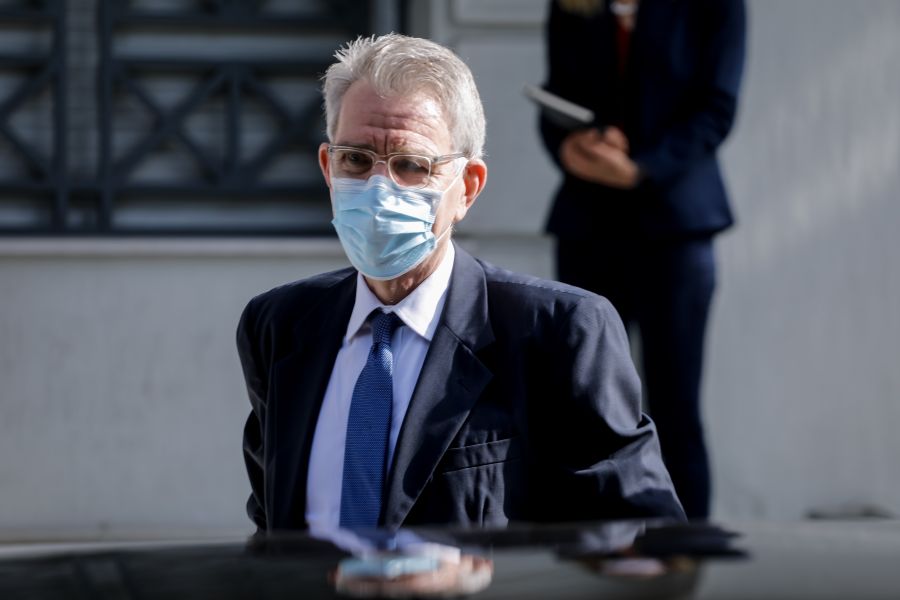 "It was a good week for Greek-American relations," said US Ambassador to Athens Jeffrey Payat just days after the signing of the renewal of the Mutual Defense Cooperation Agreement (MDCA) between Greece and the United States.

Speaking to reporters, Mr. Payat stressed that both the Agreement and Blinken's letter to the Prime Minister show the gradual improvement of Greek-American relations and constitute a development built on the strong foundations laid by the previous Agreement of 2019. The new agreement strengthens our bilateral defense co-operation, he said, in full alignment with other agreements within NATO, while both sides expressed their full commitment to the NATO alliance.

"The letter (Blinken) speaks for itself," he said, noting that the average Greek should understand that with this Agreement, Greece's relations with the United States are stronger than ever and that the United States is committed to its alliance with the United States. "Greece, whose reputation has been greatly enhanced by the initiatives and actions of all governments over the years to strengthen the country's role in solutions and its assistance to the Western Balkans and the Eastern Mediterranean."

"The Agreement" underlines Mr. Payat "is not directed against anyone else, as the Minister of Foreign Affairs, Mr. Dendias has already said," while he stressed that the Greek-American relations are not determined by the relations of the two countries with Ankara. Turkey was discussed during Dendia's visit to the US, but was not the main topic of talks in Washington. He noted, however, that the last paragraph of the Blinken letter was typical of the US view of the Eastern Mediterranean region, as well as respect for the national sovereignty and territorial integrity of all countries in the region, while noting that the State Department regarding the harassment of the Nautical Geo research in the south of Crete by Turkish ships.

Greece, as Mr. Payat noted, and its foreign policy is not limited by its ten-year economic crisis and is thinking more openly about how to promote common interests with the US and common values ​​such as democracy and the rule of law in a wider region. extends from the Western Balkans to the Black Sea and from the Eastern Mediterranean to North Africa and the Indian Ocean. "Greece is the closest ally of the United States and the strategic dialogue between the two countries was an opportunity that allowed the two sides to consider through dialogue where they can go together from now on," he said.

During the talks and especially in the context of the strategic dialogue between the two countries, the further deepening of the cooperation between Greece and the USA in various sectors such as energy, trade, climate change, investments was examined. At the same time, the issue of China, the developments in Afghanistan as well as the recent defense agreement between Greece and France were discussed.