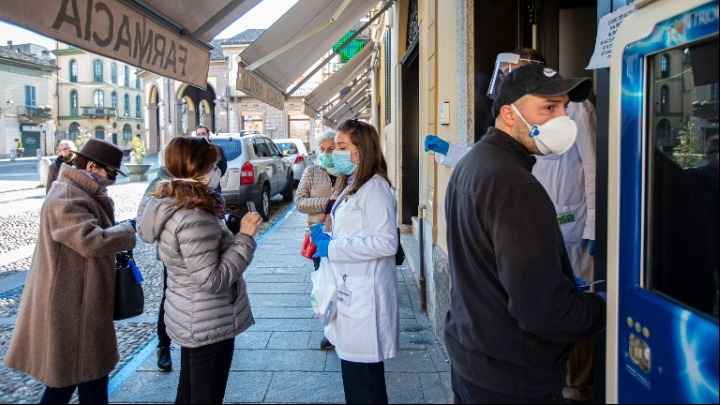 Large queues formed today in front of pharmacy entrances in many Italian cities.

The rapid test is the only alternative so that anyone who has not been vaccinated and therefore does not have a "green card" can continue to work. In Turin, in particular, and in the northeastern city of Bolzano, queues in front of pharmacies that offer special discounts for quick tests have exceeded two hundred meters.

In one case, in fact, in Turin, a pharmacist was forced to seek the help of police officers, who explained to the citizens that not everyone could take the coronavirus test. The "green pass", however, has been used by the vast majority of Italians since last Friday.

Outside the port of Trieste, peaceful protests continue by some port workers, who are calling for the measure to be withdrawn. So far they allow the passage of trucks and the volume has not increased.

In Naples, finally, the craftsmen who make small and large statues for the mangers of the catholics, this year "updated" the magicians who visit Jesus: in their hand they hold a vaccination certificate, with a QR code.

The relevant photo went "viral" on the internet, with thousands of comments and posts, which often focus on the inexhaustible imagination and ingenuity of the Neapolitans.