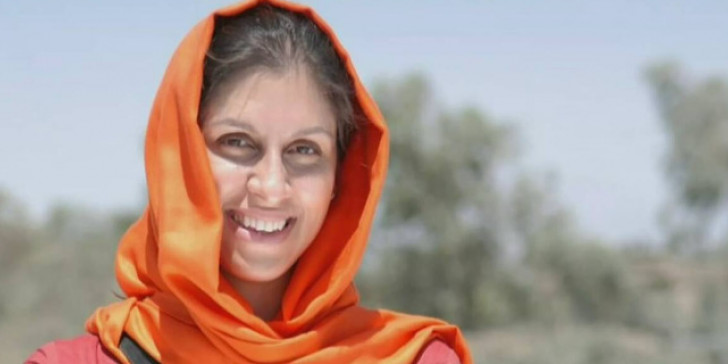 An Iranian appeals court has upheld a one-year prison sentence handed down to British-Iranian humanitarian worker Nazanin Zagari-Ratcliffe for propaganda against the Islamic Republic system and other national security-related offenses. .

In April, an Iranian court sentenced Ms. Zagari-Ratcliffe to a new prison sentence, a month after she had served a previous five years in prison. He has not yet begun serving his new sentence.

Ms. Zagari-Ratcliffe, 42, a project manager at the Thomson Reuters Foundation, was arrested at Tehran International Airport in April 2016 as she prepared to return to Britain with her daughter after visiting her family. She was convicted of conspiracy to overthrow the Iranian clerical regime.

There has been no official announcement from the Iranian judiciary about the appellate court's decision.

Her family and the foundation, an independent charity run by media company Thomson Reuters and its affiliate Reuters news agency, have denied the allegations.

Ms Zagari-Ratcliffe, who served most of her first sentence in Tehran's Evin prison, was released in March 2020 due to a new coronavirus pandemic; she was placed under house arrest. In 2021, her detention was terminated, but she was brought to a new trial.

British MP Tulip Siddique said via Twitter that she talked to her husband, Richard.

"Nazanin lost her most recent appeal and her sentence of one year in prison plus a one-year travel ban was upheld without a hearing. "She could be sent to prison again at any time."

The arrests of dozens of dual nationals and foreigners have complicated Iran's relations with various European countries, including Germany, France and Britain, parties to the 2015 international agreement on the Islamic Republic's nuclear program.

The decision of the court of appeals was announced at the time the close talks between Iran and the USA for the return of the two countries to the full observance of the international agreement on the nuclear program of the Islamic Republic, officially the Joint Integrated Action Plan (JDP), have frozen after the hard-core Ebrahim Raisi was elected president.