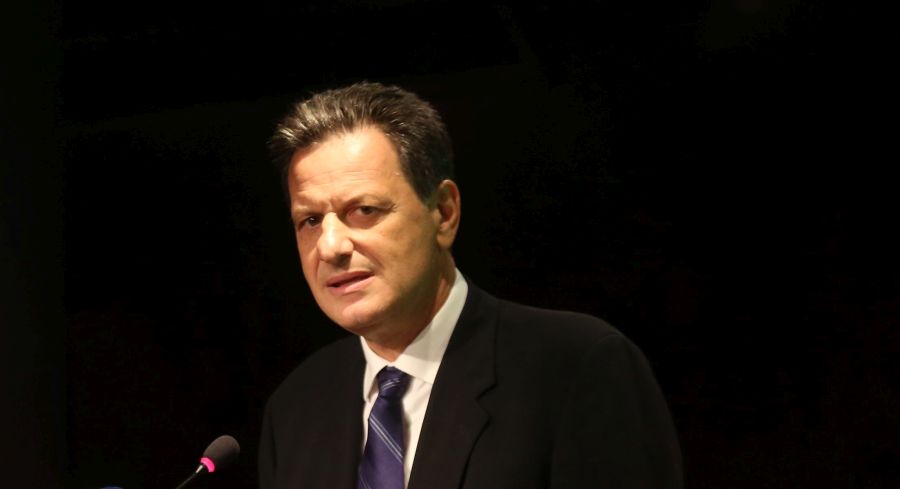 "The country's economy is moving forward. We will have rapid growth rates ahead of us in the coming years. I tell you this with certainty and the important partners of development are the municipalities ", underlined the Deputy Minister of Finance, Theodoros Skylakakis, speaking at the annual conference of KEDE that takes place at the conference center" Ioannis Vellidis "in Thessaloniki.

Mr. Skylakakis, with his intervention via skype on the third day of the work of the elected representatives of the whole country, referred in particular to the Recovery Fund for the promotion of private investments "Greece 2.0" and invited the mayors to a "productive cooperation".

According to the Deputy Minister, the Recovery Fund will offer to the municipalities, in addition to the program for "Smart Cities", urban regeneration, flood protection projects, civil protection, road safety program that will allow road projects, while it also includes "Saving" »Which concerns the municipal buildings but also the street lighting.

"A large part of the Recovery Fund has private investments, which are of great importance for the Local Government, because they will be made in a municipality of the country. It is crucial that we move forward with them quickly. In private investment we see you as partners. "We have many opportunities to work and produce a strong result," said Mr. Skylakakis, addressing the country's elected officials.

He also clarified that the issue of absorption by the Recovery Fund "will not be easy" and called on the municipalities to cooperate and jointly propose the implementation of projects. "The Recovery Fund has a very basic rule. If the money is not absorbed in time they are lost. And they create damage to the image of the country. We will come to help in places where the Local Government feels that it needs help. I encourage cooperation between municipalities. We will see with a very positive eye the collaborations of mayors who will come to propose us the implementation of projects ", he explained.

For the new NSRF 2021-2027 with a total budget of 26,1 billion euros, the Deputy Minister of Development and Investment, George Tsakiris, informed the elected officials at the annual regular conference of KEDE, adding that the programming period has already begun.

"At this stage we are approving the operational programs and I believe that we will start issuing invitations towards the end of the year or the beginning of 2022", said Mr. Tsakiris at noon from the podium of the conference in Thessaloniki.

He underlined that from the new NSRF, 1/3 of the money - that is, about 8 billion. euros - will go to the regions and how an important part "will have the Social Fund and local infrastructure projects." He also spoke about the "Smart Cities" program for the digital upgrade of municipalities, a part of which will be funded by the NSRF, typically saying that "Greece has lagged behind in this area compared to other European countries. We have set it as a priority. "

Mr. Tsakiris characterized as "failure of the previous NSRF the Open Trade Centers", adding that "I do not know who is to blame, but unfortunately the absorption was almost zero". Finally, closing his speech to their elected representatives, he sent the message that he "as a deputy minister, counts on the more I spend. I am interested in projects coming ready and absorbing the NSRF, The bad will be if I do not absorb it ".

South Africa: "Closed borders" for hundreds of people who want to return to their home countries

With her eyes blurred, frustrated and at the same time relieved, Valerie Ledik leaves Johannesburg Airport with a precious treasure in her pocket: ...
Read more
COVID-19

Five Greeks who arrived in the country by flight from South African countries and a stopover in the United States were placed in a ten-day preventive quarantine ...
Read more