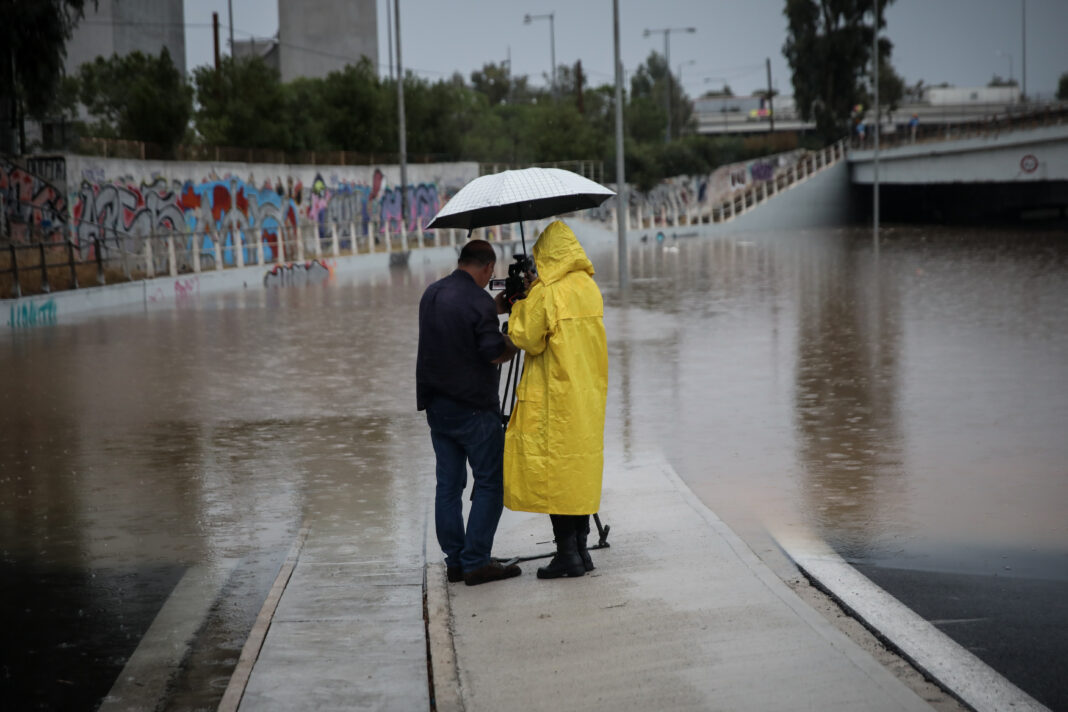 The report of the "BALLOS" disaster that swept the country is heavy. Streams and lakes overflowed, rocks and soils peeled off the mountains, roads slipped, bridges opened in two, beaches disappeared from mud and debris, settlements were evacuated, hundreds of crops were destroyed, a farmer was killed.

The largest volume of water - 460 mm - fell in Ithaca. It is followed by Mount Athos 297 and Angelokastro of Etoloakarnania with 262 mm. In Athens, the Patision meteorological station recorded 182 millimeters of rain. Similar rainfall in Evia.

Extreme weather events due to the climate crisis tend to become normal, experts warn and point out the need for new planning to deal with them.

Ithaca is counting its wounds from the disaster. The Prime Minister Kyriakos Mitsotakis and the President of SYRIZA, Alexis Tsipras, had a telephone conversation with the Mayor, Dionysis Stanitsas. The Minister of Civil Protection, Christos Stylianidis, and the Undersecretary, despite the Prime Minister, Christos Triantopoulos, are conducting an autopsy on the island.

Extensive problems in Etoloakarnania as well. A request to declare the Municipality of Agrinio a state of emergency was submitted by the Mayor, George Papanastasiou. Earlier, the settlement of Kamareceika was evacuated as a precaution due to the rising water level of Lake Lysimachia. In Messolonghi, the stream of Agrilia overflowed, in Aetoliko the lagoon overflowed. On Monday, an autopsy in the prefecture will be carried out by a government unit, with Spilio Libanos, Minister of Rural Development, Christos Triantopoulos, Deputy Minister despite the Prime Minister in charge of natural disasters, and Andrea Lykouretzo, President of ELGA.

Major disasters in Corfu. Huge volumes of water have hit areas of the prefectures of Ilia and Achaia in the last hours. Problems continue in Thessaloniki: with traffic disruptions in various parts of the city, due to the high concentration of water. Earlier, a tree fell on an apartment building in the center of Kalamaria, fortunately without causing injuries.