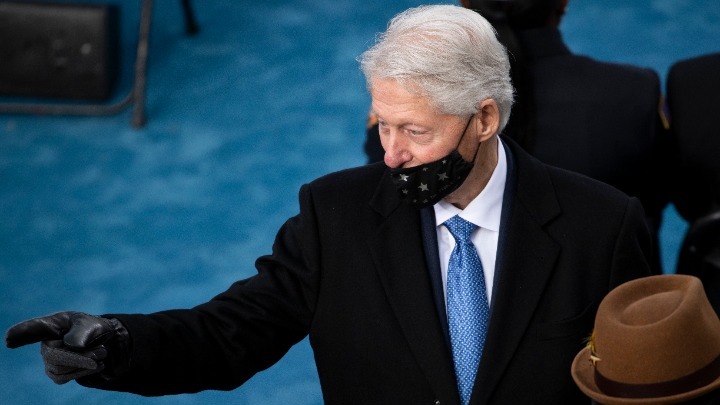 Clinton, 75, was admitted to Irvine University Medical Center on Tuesday night to be treated for the infection, according to spokesman Angel Ourenia. Clinton is "recovering," Urenia said.

"She is OK, she is joking and charming the hospital staff," Ourenia told Reuters yesterday.

Bill Clinton was admitted to the hospital with symptoms of fatigue and has been given intravenous both antibiotics and fluids, his doctors said. CNN reported that his doctors believe that Clinton had a urinary tract infection, which spread to the circulatory system.

Wife Hillary Clinton was in the hospital last night and was later seen leaving.

US President Joe Biden said today that Bill Clinton's health seems to be going well after the former president was admitted to hospital for an infection.

"I know you're asking about President Clinton," said Biden, who plans to speak with Clinton later today during an event to present his financial agenda.

"It seems that, God willing, he is doing well."

The weather will show a rapid deterioration on Monday and Tuesday with heavy rains, thunderstorms and stormy winds. The National Meteorological Service issued ...
Read more
IT HAPPENS IN ATHENS

Sunday mass cleaning and disinfection operation in the Commercial Triangle of Athens today, by the competent services of the Municipality of Athens. "Our whole mechanism in one ...
Read more
News Bulletin Athens 9.84

A warm welcome to Pope Francis was reserved for the refugees living at the Reception and Identification Center at Kara Tepe in Lesvos. "Your eyes ask us ...
Read more
984

A large turnout of voters in the internal ballot boxes of the Movement for Change is recorded from the morning as -as it is pointed out in a relevant announcement of the Ethics Committee of the party -...
Read more
COVID-19

The magical atmosphere of Christmas becomes more festive with the aroma of music from Vienna! Christmas is approaching and the established annual concerts of the Johann Strauss Ensemble will ...
Read more