The Taliban violently dispersed a women's demonstration in Kabul 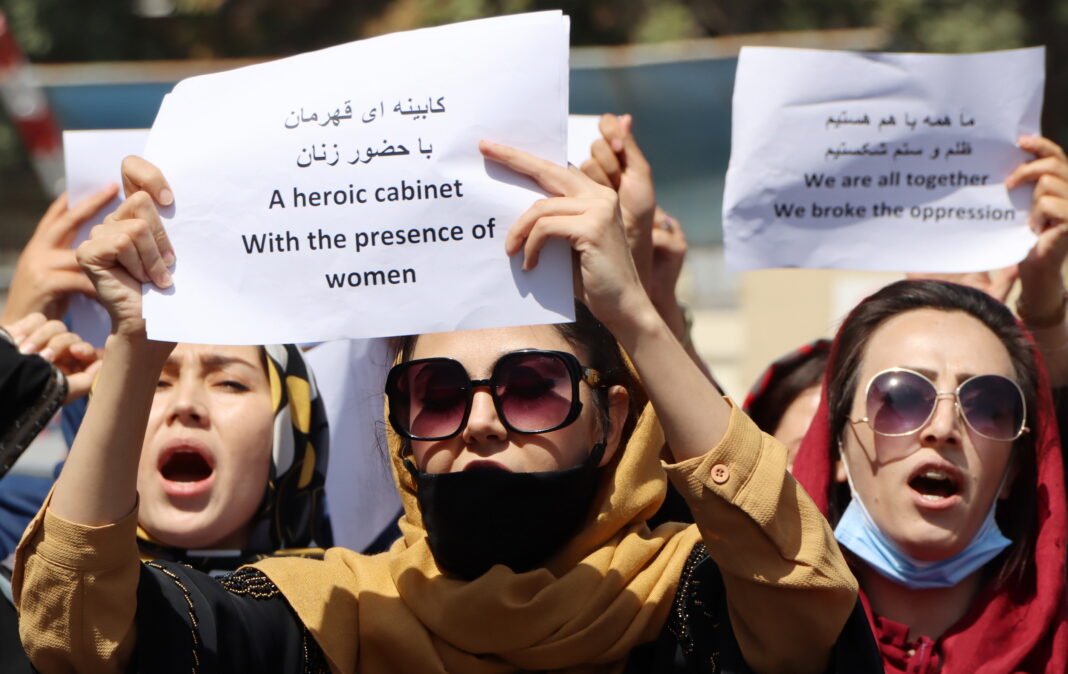 The Taliban today used force to disperse a small demonstration in support of women's rights by firing into the air and dispersing protesters, according to AFP reporters who were eyewitnesses.

A group of six young women gathered outside a high school in eastern Kabul to demand the right of girls to education after the hardline Islamists seized power. banned to girls to go to school.

The women unfurled a banner that read: "Do not break our pencils, do not burn our books, do not close our schools" along with a photo showing young girls in hijabs (headscarves) in a school room.

The Taliban snatched their banner, while a foreign journalist was shot by a rifle and banned from filming.

A Taliban member even fired into the air with his automatic weapon, AFP reporters said.

The protesters, members of a group called the "Spontaneous Movement of Afghan Women Activists", took refuge inside the school.

A Taliban member, Mawlawi Nasratullah, who described himself as the head of special forces in Kabul, said the protesters "did not cooperate with security forces regarding the demonstration". "They have the right to demonstrate in our country, as in any other country. "But they should inform the security authorities first," he said.

Since the Taliban came to power, there have been isolated demonstrations with women on the front lines in various cities across the country, including the western city of Herat, where two people were killed by gunfire.

But the protests have declined since the government issued a decree against unlicensed protests warning those who do not comply with "serious legal consequences".

It has been almost two weeks since girls were barred from going to High School.

The Taliban follow a strict interpretation of Islamic Sharia law, which separates men from women, and have banned women from accessing work.

They have said they want the right conditions before the girls return to class, but many Afghans have reservations.

The United States and its Western allies yesterday, Saturday, accused the Taliban regime of "summary executions" of former members of the Afghan forces ...
Read more
WORLD

USA: CNN fires Chris Cuomo for his role in his brother's sex scandal

The society of Lamia is shocked by the death of a 14-year-old girl from complications of the coronary artery. The girl has been ill since November 29 with mild symptoms, ...
Read more
COVID-19

Chile announced on Saturday the first case of the Omicron variant of the coronavirus in its territory, which was detected in a traveler who arrived from ...
Read more
984

The time of the ballot box for KINAL

The time of the ballot box for the Movement for Change has arrived as the current electoral process is expected to highlight the two final gladiators who will compete ...
Read more
News Bulletin Athens 9.84

Pope Francis is going to Lesvos today accompanied by the President of the Republic Katerina Sakellaropoulou. They will visit the Reception and Identification Center in Kara Tepe ....
Read more
984