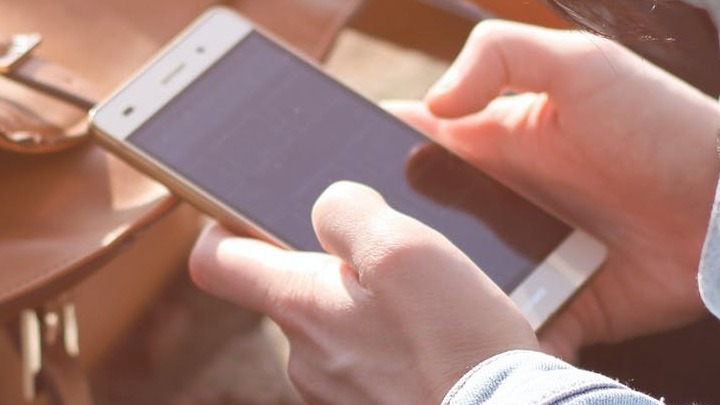 The opportunity to chart their own routes and tours on the Egnatia Odos with the use of augmented reality (AR) is given to users by the e-HNILATIS platform implemented by the Institute of Technology and Informatics (IPTIL) of the National Center for Development Research and Technology (CERTH) and is funded by the NSRF.

The application "runs" on PC and mobile devices, while its part related to augmented reality, exclusively on tablets.
As he explained, speaking to APE-MPE during the presentation of the platform at this year's Researcher Night, the research assistant at IPTIL Thanasis Patenidis, the cartographic application of e-CHNILATIS, can suggest us sights which are located on either side of Egnatia. , based on our particular interests, but also the time we can devote.

When we enter the e-CHNILATIS system, we create a user profile, in which we declare our interests (ancient monuments, places of gastronomic interest, natural landscapes, traditional settlements) etc. These categories, which are a total of 10, are shown on the map with thumbtacks of different colors.

"We set a start and end point for him, and the system calculates an average time I make for my journey and suggests points that I am logically interested in," said Mr. Patenidis, adding that our platform suggests attractions that other users with similar with our profile were rated positively
The data of e-CHNILATIS come from the official open websites. Some useful information that the user can obtain is whether there is access or parking for the disabled, the condition of the road network, the estimated average tour time at each point, the presence or absence of an entrance ticket and the weather.

In e-CHNILATIS "runs" only on tablets, and an augmented reality application that gives us cartographic data, depending on the platform, in the open.

Specifically, the application takes measurements from the GPS and the compass of the device and understands exactly where we are. It then displays the points of interest with the same color code, so we can find where what we are looking for is located. "That is, we rotate the device and it places us on our screen inside, while we see the real image, where each point is on our horizon. We can click up to see if this is really the point we are looking for. It tells us how far it is and how it is called and has the same elements as the platform ", Mr. Patenidis explained.

Another application of e-CHNILATI, offers the possibility of navigating with the use of augmented reality, at the Museum of Silversmithing in Ioannina.
The camera of the tablet recognizes the marker image that accompanies the exhibit we are interested in and displays it as a XNUMXD model. The application can rotate the object in slow motion continuously, or zoom in to explore it more accurately.

It also provides us with the archaeological documentation in a comprehensive, but also more extensive text.

For the Silk Museum in Soufli, the research team created a quiz game, three of which are answered with the help of augmented reality. To answer, the child should look at the museum object and focus the tablet camera on the marking image.

The e-CHNILATIS was piloted in July and user comments will be integrated into the next version of the platform.

This year's Researcher Night, organized by CERTH, took place at the Mediterranean Cosmos shopping center on a smaller scale, hoping to be "a transitional stage to the new normality". Innovative research programs implemented by CERTH were presented, such as software that helps rescuers in case of release, drones in the service of agriculture, electrochemical processes of deionization and water treatment, robots that can work in a recycling plant. The children had the opportunity to learn about the human body, but also about the immune system.

For the second consecutive year, CERTH organizes and coordinates the Chat Lab, through which the general public can, until October 1, discuss online with researchers.

Olympiakos having a very good first half took the victory with 2-1 over PAOK thanks to goals by Agimpos (22 ') and ...
Read more
984

Criminal prosecution for the crimes of attempted and committed homicide, in a row and the violation of the law on drugs and its misdemeanors ...
Read more