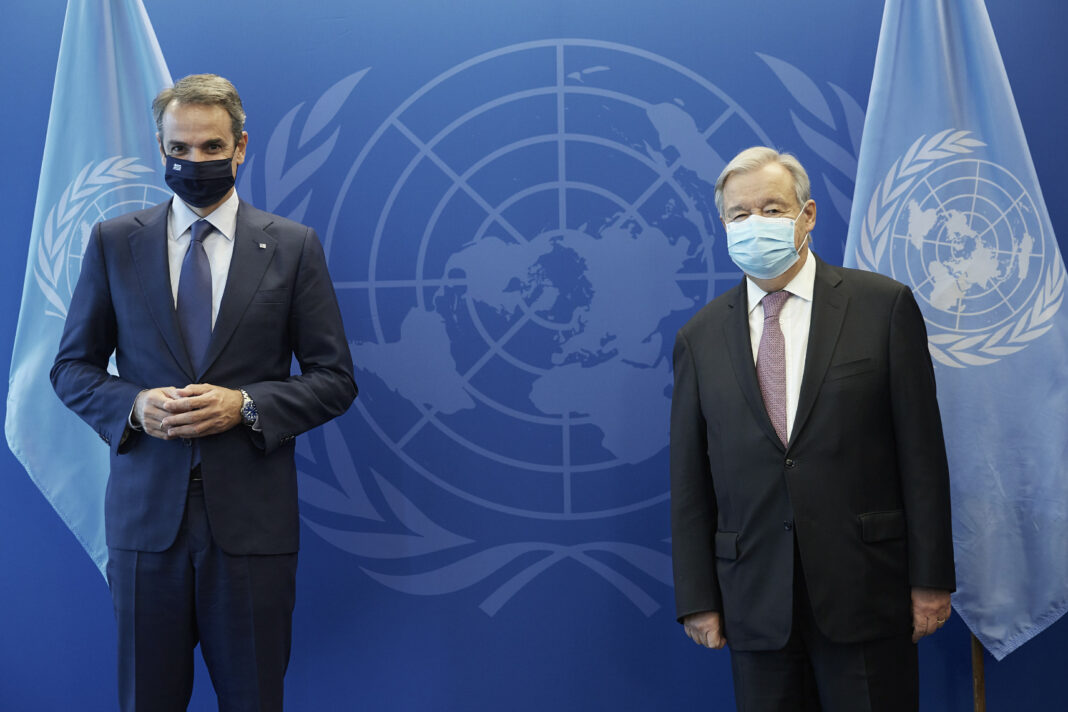 The Prime Minister's activity begins with the meeting with the editorial board of the Wall Street Journal.

At 11:30 local time Mr. Mitsotakis meets with economist Jeffrey Sachs and at 12 with investor Henry Kravis. At 12:30 New York time, the Prime Minister will have a meeting with the President and CEO of Pfizer, Albert Bourlas.

At 14:00 Kyriakos Mitsotakis will meet with the President of the Presidential Council of Libya Mohamed Al Menfi.

The Cyprus issue, the situation in the Eastern Mediterranean and the initiatives taken by Greece to move towards a green economy, which are in line with the UN objectives for the protection of the environment and the climate, were at the center of tonight Prime Minister Kyriakos Mitsotakis meets with UN Secretary General Antonio Guterres in New York.

Mr. Mitsotakis presented the Turkish delinquency against the sovereign rights of our country and noted that Greece is a staunch supporter of peace, stability and multilateral cooperation in the Eastern Mediterranean, on the basis of International Law, the UN Convention on the Rule of Law. (UNCLOS) and Good Neighborhood Authorities.

USA: Biden interested in the health of the Ecumenical Patriarch

US President Joe Biden has expressed personal interest in the health condition of the Ecumenical Patriarch. It is reminded that the American president has a scheduled meeting ...
Read more
News Bulletin Athens 9.84

A burnt car of Attiki Odos and many stones on the road, is the report of the Roma gathering that ended on Attiki Odos in ...
Read more
SPORT CITY

Olympiakos in the 96-90 overtime Iraklis

A burnt car of Attiki Odos and many stones on the road, is the report of the Roma gathering that ended on Attiki Odos at the height ...
Read more