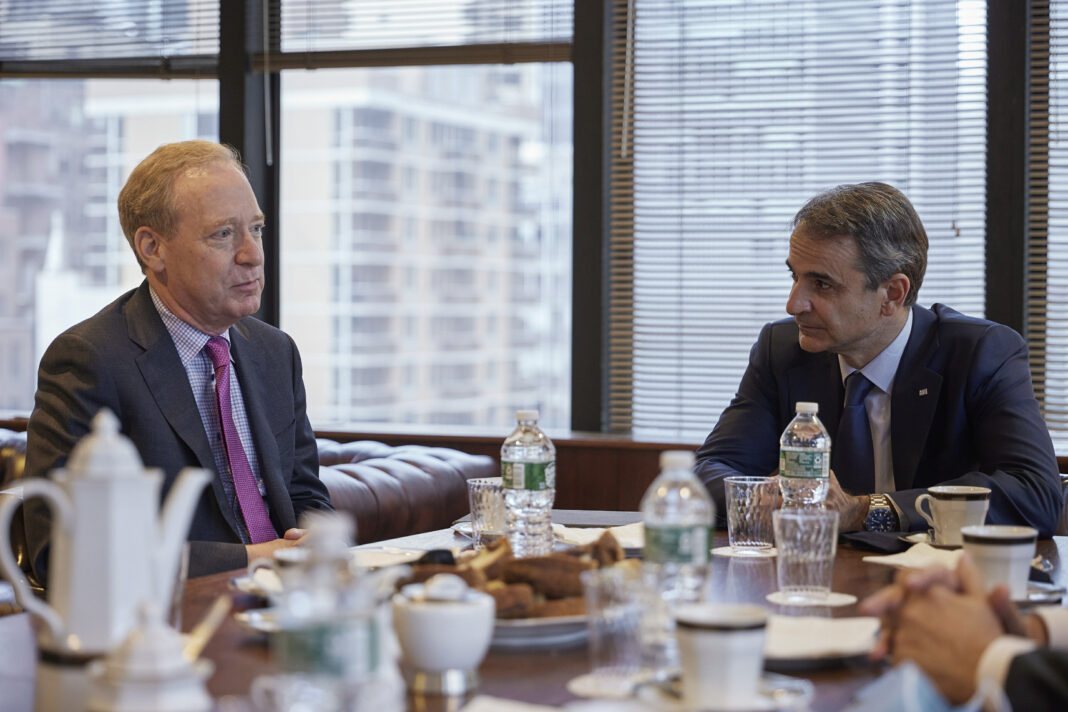 The Prime Minister, Kyriakos Mitsotakis, met with the President of Microsoft, Brad Smith, in New York.

According to government sources, during the meeting it was pointed out that Microsoft's investments in Greece are progressing despite the pandemic and the great growth dynamics that the Greek economy has acquired was underlined.

According to the same information, the unveiling of the project for Ancient Olympia is likely to take place in November, in Olympia, while the big investment for the construction of Data Centers in Attica is in progress and in a few months the works will start, while the Microsoft office in Greece has one of the largest increases in the number of employees from all offices worldwide.

Compulsory COVID-19 tests: The branches, the exceptions and the λόγ penal code

The branches of mandatory weekly rapid or molecular tests for unvaccinated employees in the private sector at their own expense, the exceptions, but also ...
Read more
WORLD

Coldplay has announced an eco-friendly world tour in 2022

Coldplay is set to embark on a world tour, two years after committing to not touring unless they find an environmentally sustainable way. The band...
Read more
GREECE

In the context of the tripartite Summit of Greece - Cyprus - Egypt that was held today in Athens, a memorandum of understanding was signed in the field of Diaspora, in the presence of ...
Read more
COVID-19

Growth trends in wastewater throughout the country - Vertical rise in Volos

Russia: Appeal to the elderly to stay home amid the outbreak of the pandemic

The authorities of the city of Moscow today called on the elderly to stay at home for four months and told the companies to put at least ...
Read more
News Bulletin Athens 9.84

Today, the daily cases of coronary artery in the country amount to 3.739, while 29 new deaths were recorded. 356 patients are admitted by intubation in ICU Mandatory and with ...
Read more