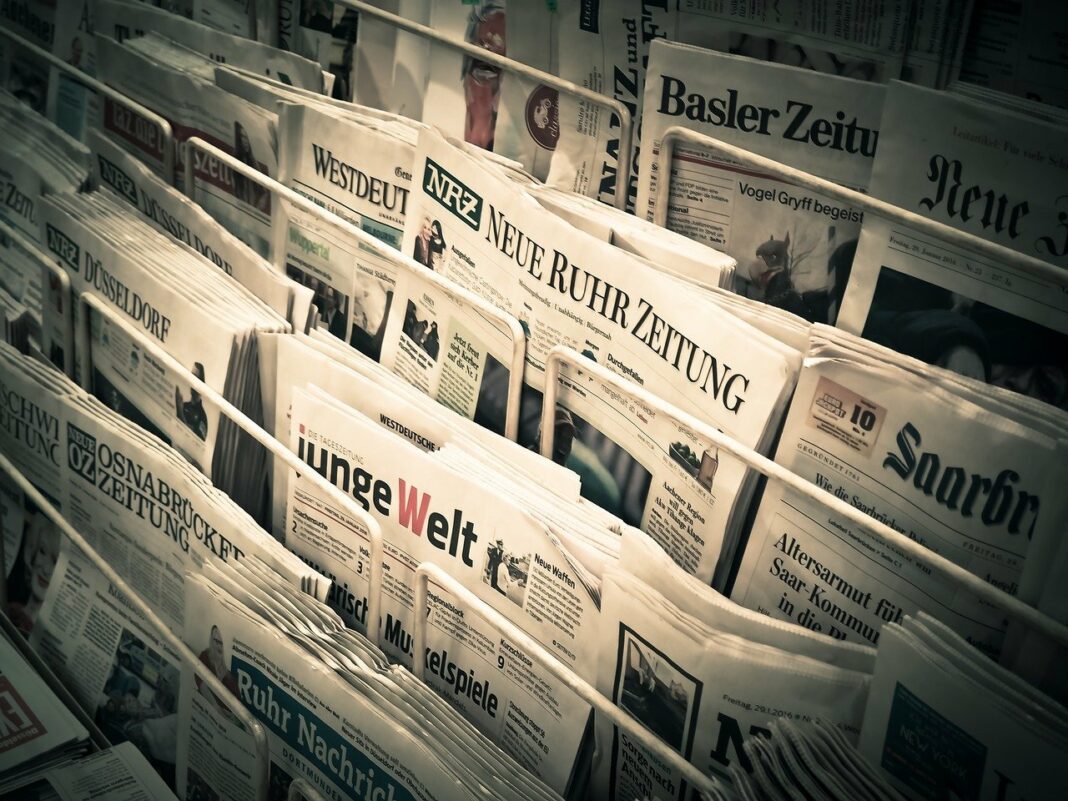 The France-US conflict on the occasion of the AUKUS agreement, the difficult hours of Olaf Solz yesterday in the Parliamentary Finance Committee just a few days before the opening of the ballot box and the volcano… in the Canary Islands that continues to release lava are some of the key issues in international press.

For AUKUS: The AUKUS agreement was at the center of the meeting of EU Foreign Ministers in New York yesterday, FT reports. France is trying to make it clear that it feels betrayed by the United States, with French Foreign Minister Jean-Yves Le Drian basically equating Biden's presidency with that of Donald Trump. "We thought the era of unilateral action was over," he told a news conference.

For his part, Internal Market Commissioner Thierry Breton told the Financial Times that in Europe "there is a growing sense that something has broken in our transatlantic relations". Breton's comments came just hours after France tried to pressure Brussels to postpone the EU-US Trade and Technology Council, scheduled for this month in Pittsburgh, USA, in response to the management of the Biden administration of the submarine agreement with Australia and the United Kingdom.

"A Member State has treated us in an unacceptable way (…) We want to know what happened and why," Commission President Ursula von der Leyen told CNN for the first time yesterday.

For their part, Washington and London are trying to soften the impressions and soothe the nerves of Emanuel Macron. In this context, according to a White House official, Joe Biden has asked for a telephone conversation with his French counterpart and is "looking forward" to talk to him in order to discuss the burning issue, which has come to threaten not only bilateral relations, but also the very coherence of NATO. According to the same official, the American president will say today in his speech at the UN General Assembly that "he does not believe in the idea of ​​a new Cold War" but in a "strong and intense competition that obeys principles".

In GermanyGerman Finance Minister Olaf Soltz, who is leading the polls as a candidate for chancellor, had a difficult time yesterday in the Standing Committee on Finance of the Federal Parliament, at the request of the opposition parties and the Christian Union, Politico reports. The case could cost him in the run-up to Sunday's election.

The reason for his presence in the Parliament yesterday was the raid of the Public Prosecutor's Office on the Ministry of Finance to investigate a case concerning the money laundering service, the supervision of which has been transferred to the Ministry of Solts. For Christian Union candidate Armin Lassett and his staff, the Treasury Department prosecutor's inquiry was a welcome gift in the campaign against Soltz's opponent, who unexpectedly leads the race for Sunday's election. Raised the issue in the run-up to the election, Lassett blamed the finance minister for his unwillingness to help clarify the matter. "It was a good choice to appear in person at the parliamentary committee and give explanations, but that was obvious," Lassett said. He also called on Soltz to release all details of the "CumEx scandal" - tax refunds abused by companies until their practice was revealed.

However, the scandals did not affect Olaf Soltz, he was not personally involved in the control of black money, nor in the CumEx and Wirecard cases, which had cost about two billion to the public and has been investigated by a parliamentary inquiry committee. These cases were closed and the assumption of political responsibility by the Minister of Finance did not have the consequences expected by his opponents. After he did not resign from the Wirecard scandal that cost the public two billion euros, there was no way he could resign with the prosecutor's investigation for a new ministry service, which he even strengthened with staff and was better organized by Soltz.

Instead, the scandal turned into a boomerang in the Christian Union and Lassett. Olaf Solz accused the CDU / CSU candidate of unsubstantiated allegations, the investigation into the black money involved a case of Cologne belonging to the state of Lasset, the information from the ministry could be given without the prosecutor's investigation, the Osnabrück prosecutor ordered the investigation found a member of the CDU. After all, the Social Democrats are talking about a "dirty war" between the Christian Union and Lasset in the election campaign. The scandal "is the last lifeline" for the Christian Union, commented the president of the SPD Norbert Walter Bourjans.

Christian Democrat Armin Lasset's counterattack on the finish line seems to be paying off, but not to the extent that the Christian Union would like it to. A recent poll in yesterday's Bild shows the CDU / CSU rising one and a half points to 22% and the SPD losing one point but remaining first with 25%. The Greens remain at 15%, the center-left FDP at 11%, as well as the far-right AfD and the Left at 6,5%.

For gas prices: Rising gas and electricity prices are pushing European governments to consider supporting both households and providers as concerns about a deep energy crisis rise in the winter, Politico reports.

At the same time, the Times of London reports that dozens of providers will be allowed to collapse after the government's decision not to proceed with rescue plans of the relevant companies. The newspaper predicts that millions of households will be faced with increased bills as customers of collapsing companies are already leaving them for more powerful businesses.

The Scottish Daily Mail warns on its front page of "a winter of chaos".

The Guardian speaks of a "winter of deep resentment", noting that companies are already warning that a shock to energy prices could cause supermarket shelves to empty.

In Spain: "Lava is approaching the sea and contact with water increases the risk of toxic gases," said Pais.

"Continuous seismic vibrations - Palma is at the mercy of lava," says Mundo.

The lava that began to be released at noon on Sunday from the crater of the volcano Kubre Vieha, which is located in La Palma of the Canary Islands, continued to be directed towards the sea yesterday. More than 100 houses were destroyed along the way, but no casualties were reported, as the area was put on alert in a timely manner and about 5.000 people, including 500 tourists, were evacuated relatively quickly. "The volcano is active and will remain active for the next few days," said Governor Angel Victor Torres, citing the release of some 17-20 million cubic meters of lava from the eruption. It is the first to occur after half a century on this island, although the volcano had shown the first "signs of life" since 2017, essentially warning scientists and authorities of what happened the day before yesterday. As for the Canary Islands Volcanology Institute, it warned that as the lava reaches the sea and freezes sharply, clouds of toxic gases could be produced, reiterating the authorities' recommendations to residents to be especially careful. For this reason, in combination with the expected limited visibility in the western part of the island, the Authorities have banned navigation in the area since yesterday.

N. Dendias: Turkey threatens Greece with war if it exercises its sovereign rights