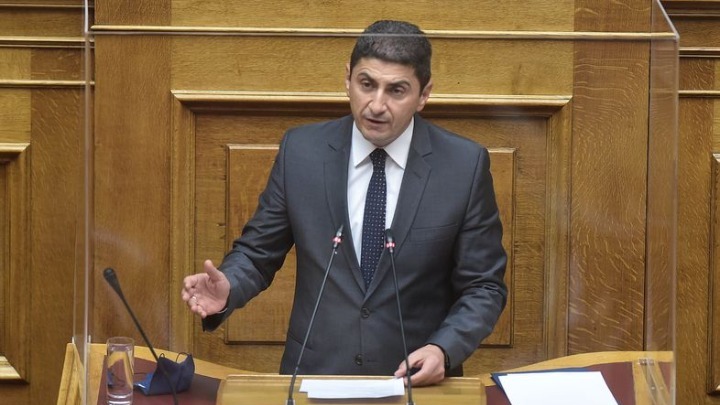 The 5 largest sports clubs in the country with a joint letter to Avgenakis request a deposit for the money from the bet.

According to the specific letter of the five clubs, the money that has been paid to them is an extremely small amount, at the moment they have teams that participate in European competitions and ask as reported by Mr. Avgenakis:

"To reconsider the issue of the advance payment, of 50% of the possible amount you have calculated, payable no later than 31/10/2021. A similar procedure should be provided for the next liquidation ". An amount that results from the betting proceeds.

In the letter, they even ask Mr. Avgenakis to submit a specific payment schedule and distribution criteria for the teams that participate in the European competitions and which were declared this year, based on his own announcements.

It is also emphasized that: "the ignorance of the total amount that we will receive, on the other hand the possible post-dated payment, the

February 2022, due to the liquidation of January, creates huge insecurity and extremely problematic liquidity for our smooth operation "while reference is made to the professional teams that have already received the corresponding amount while they have other sources of income, in contrast to the Amateur clubs.

Penalty of a match in England for episodes at Euro 2020

Without her fans, the England national team will be called to play in the next match, as it was punished by UEFA for the episodes that took place ...
Read more
GREECE

The process for the creation of a Forest Command Corps, with 500 participants, entered the implementation phase by the Ministry of Climate Crisis and Civil Protection ...
Read more
CIVILIZATION

"The God of Slaughter" by Jasmina Reza at the Athena Theater

The black comedy "The God of Slaughter", an award-winning play by Jasmina Reza, which has been played worldwide with great success, is presented on its stage ...
Read more
IT HAPPENS IN ATHENS

An all-day celebration starring our four-legged friends, is held by the Municipality of Athens in collaboration with YOURPET, the first Greek application for adoptions ...
Read more
COVID-19

The European Medicines Agency has started the evaluation of an application for the use of the BioNTech / Pfizer vaccine in children aged 5-11. The vaccine works by preparing the body to ...
Read more
GREECE

Kimolos: More than 50.000 plastic bottles were collected in 28 days

More than 50.000 empty plastic bottles of water and soft drinks were collected in Kimolos in less than a month. In particular, in general, in the framework of the "Whywasteme" initiative, ...
Read more
984

EODY announced today 3.164 cases. Within a day, 43 patients lost their lives, while 347 are fighting their own battle in a pipeline ...
Read more

Criticism in the municipal authority for the recent floods in neighborhoods of Athens caused by "Balos", was exercised by the opposition parties at the meeting of ...
Read more
IT HAPPENS IN ATHENS

ELAS is proceeding with traffic regulations on Papanikoli Street, in Chalandri, from today Monday after the subsidence of the road. According to the General Police Directorate ...
Read more
IT HAPPENS IN ATHENS

Teachers outside the Ministry of Education are protesting against the merger of departments in schools across the country. The teachers ask that there should be no ...
Read more