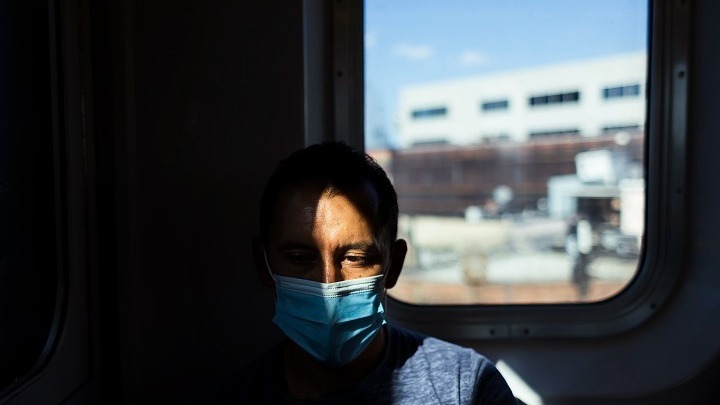 The "worrying" Delta variant, which has been identified in 185 countries to date, has almost displaced the three previous "worrying" variants, Alpha, Beta and Gamma, which now account for less than 1% of all cases. genome analysis, the World Health Organization said today.

All viruses, including Covid-2-causing SARS-CoV-19, mutate.

The emergence, at the end of 2020, of variants that posed an increased risk to public health worldwide led the WHO to label some of them as "worrying" and others as "variants of interest" in order to prioritize their research and monitoring worldwide.

"The prevailing variant that is being released now is the Delta. "In fact, less than 1% of the available genome analyzes are (of 'worrying variants') Alpha, Beta and Gamma," said Maria Van Kerkov, a senior WHO official, answering questions from users on social networking sites.

"This virus (the Delta variant) has become more powerful, it is more contagious and it competes and replaces the others that are circulating," he added.

At present, the WHO describes all four variants as "worrying". Until now, he considered four other "variants of interest", Ita, Giota, Kappa and Lambda, but the first three of them have been declassified, Van Kerkov said.

The Minister of Citizen Protection, Panagiotis Theodorikakos, asked the Chief of the Hellenic Police to proceed urgently with a disciplinary control and at the same time a full operational evaluation ...
Read more
WORLD

The European Commission will hold more talks with Britain on Monday on fishing permits, in a bid to resolve a dispute in which ...
Read more
984

The Minister of Citizen Protection, Panagiotis Theodorikakos, asked the Chief of the Hellenic Police to proceed urgently with a disciplinary control and at the same time a full operational evaluation ...
Read more
SPORT CITY

Weapons and swords were found in the home of the 40-year-old perpetrator of the murder in Nea Erithraia on Saturday morning. The military uniform was also found ...
Read more
SPORT CITY

Playing better for most of the match, Asteras Tripolis beat Panathinaikos 2-1, remaining undefeated at home against the "greens" since 2017. For ...
Read more
NEWS