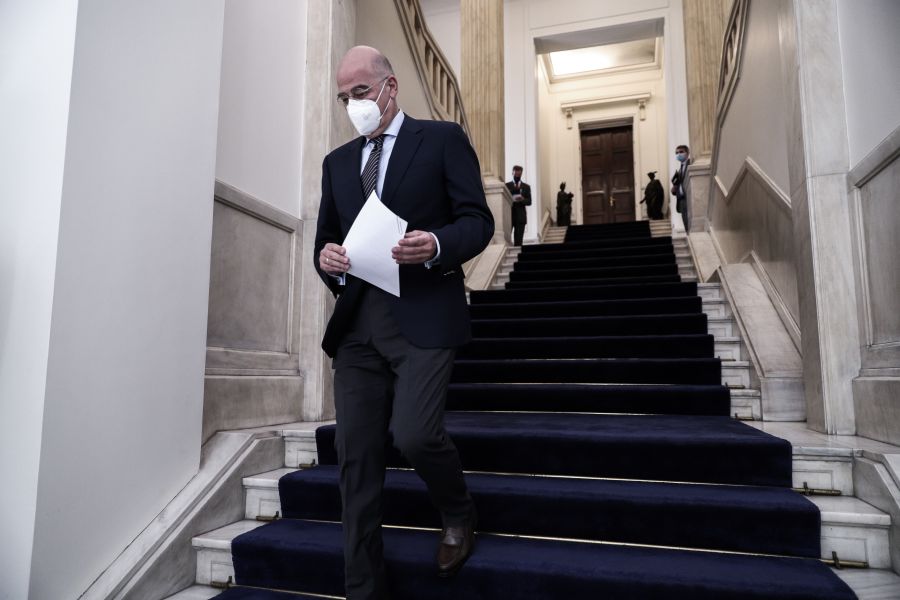 With the main focus on the immigration problem and threats against security and climate change, Foreign Minister Nikos Dendias had a series of meetings yesterday with his counterparts from sub-Saharan Africa and West Africa, in New York on the sidelines of the UN General Assembly.

"The countries of sub-Saharan Africa and West Africa are countries that are facing very important problems. "These are countries that are close to the Sahel, ie an area where security threats are developing and there is an influx of migrants," said Nikos Dendias after completing his contacts, adding that "in this sense, the constant contact with them, the "Common tackling security and climate change is a matter for the European Union and, of course, for Greece."

Mr. Dendias also had a series of meetings in the context of the strategy of Greek diplomacy for contacts with countries with which Greece has on the one hand a common understanding of things regarding the Law of the Sea, but also common challenges that must be addressed.

Specifically, Mr. Dendias met yesterday with the Foreign Ministers of the Gambia, Gabon, Costa Rica and the Maldives, who is also the President of the UN General Assembly, as well as his Cypriot counterpart, Nikos Christodoulidis.

India: At least 25 dead and countless devastated by torrential rains in Kerala

At least 25 people lost their lives from floods and landslides after the torrential rains that hit southwestern India, announced today ...
Read more
984

The two spectators who were injured during a race for the Panhellenic Motocross Championship are being treated in critical condition at Papageorgiou Hospital in Thessaloniki, on a track ...
Read more
WORLD

A father in Pakistan is believed to have killed his two daughters and their four children, setting their house on fire because they got married ...
Read more
984

A couple rescue operation in progress over Kamena Vourla

Large mobilization of police, fire and civil protection to locate a pair of English tourists who went missing on the slopes of the mountain above Kamena ...
Read more
SPORT CITY

Part of the stand at "Hoferstadion" collapsed (vid)

Part of the stand, at "Hoferstadion", collapsed, after the "double", of Fitesse with 1-0, against Nijmegen. The fans of the guests were celebrating immediately after the end ...
Read more
984

The new laboratory confirmed cases of coronavirus recorded in the last 24 hours are 1.712, of which 8 were identified after checks at the gates ...
Read more
GREECE

Christos Triantopoulos from Damasi: Money fairer and faster to those who need it

"In every natural disaster we build on the context of dealing with it so that the money goes fairer and faster to those who ...
Read more