Delivery: One million euro bells - What applies throughout Europe 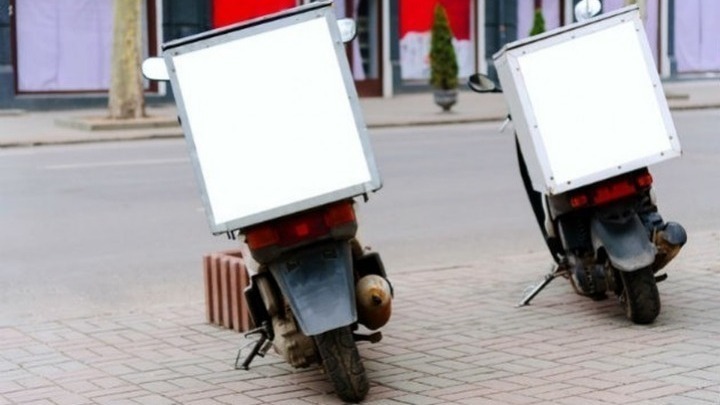 With sweeping audits by the Labor Inspectorate, the Ministry of Labor responds to the violations of labor legislation recorded in the courier sector (delivery and courier), against the background of recent layoffs in a chain of fast food restaurants and the attempt of a large platform to alter labor relations.

Meanwhile, as evidenced by the audits that have been carried out during the previous period, in this sector there is a problem in terms of compliance with labor law, with fines reaching one million euros in the last two years!

In total, 2.458 inspections were carried out in the eight months of January - August, nationwide and concerned the working conditions of 4.411 distributors. During these inspections, 307 violations of provisions of the labor legislation were found, of which 189 concerned the non-payment of the 15% provided by law as an additional monthly compensation for the use and maintenance of the vehicle. So far, administrative fines totaling € 293.800 have been imposed.

The audits were carried out in the sectors of catering activity (2.005 audits), wholesale trade (47 audits), retail (175 audits), special postal services (courier, 141 audits) and other sectors (90 audits).

In addition, during the last year 2020, with emphasis on the period of validity of the extraordinary and temporary measures to prevent the spread of COVID-19 (01-04-2020 to 30-11-2020), a total of 44 complaints and 107 complaints were submitted to the local Inspectorates. requests to discuss labor disputes against companies that employ employees for the distribution of products and items.

Nationwide, in 2020, 1.848 on-site inspections were carried out in such companies, in 233 of which violations were found, including for undeclared work, time limits, non-granting of weekly rest and non-payment of salary through a bank. 65 of these infringements concerned the non-payment of 15% as additional compensation. Subsequently, 163 administrative fines totaling € 636.824,00 were imposed.

The Ministry of Labor, responding to the objections of the opposition, which links the deterioration of labor relations with the recent labor law, insists that the best practices in force in the rest of Europe have been incorporated into Greek law. Only Spain has clearly established a salaried employment regime for employees on cooperative platforms, following a court ruling;

What applies to the rest of Europe

The situation, according to the PWC survey, has shown that in most European countries, people working on digital platforms are allowed to engage with them both under a service contract and under a dependent status.

Belgium: The ranking is done on a case by case basis. Most companies consider their employees to be self-employed.

Denmark: The classification of employees depends on the actual conditions of their cooperation. There are criteria that are taken into account to assess whether the person is self-employed or employed.

France: The employee can be classified as either a self-employed person or an employee depending on whether or not there is a hierarchical relationship between the platform and the individual.

Germany: Employees are usually classified as self-employed, but it is often difficult to separate them from employees. The issue is an important legal issue in Germany.

Italy: Under Italian law, employees on digital platforms can be classified as (i) secondary employees (ii) self-employed, or (iii) as a third category, which are the so-called "collaborators".

Νορβηγία: Employees of the platforms can be classified as either employees or self-employed, as appropriate.

Great Britain: There are three categories: self-employed, a middle class (entitled to a minimum wage, leave, employer contributions) and employees (as above, plus family leave, severance pay). There are no specific rules for determining employment status on the platforms. There have been a number of court rulings characterizing them as self-employed and it has been established that they were in fact employees. It is noted that in February a court decision was issued according to which employees on a particular platform (Uber) must be considered as employees.

Spain: According to the survey, in Spain, in the year 2019 when the survey was conducted, there was still no law governing the type of work performed on digital platforms. However, in May 2021, following a relevant court decision, legislation was adopted according to which all contracts must be converted into dependent work.

Sweden: The model of both salaried employment and self-employment is applied depending on the case and the characteristics of the cooperation