France has had doubts about the deal with Australia since June 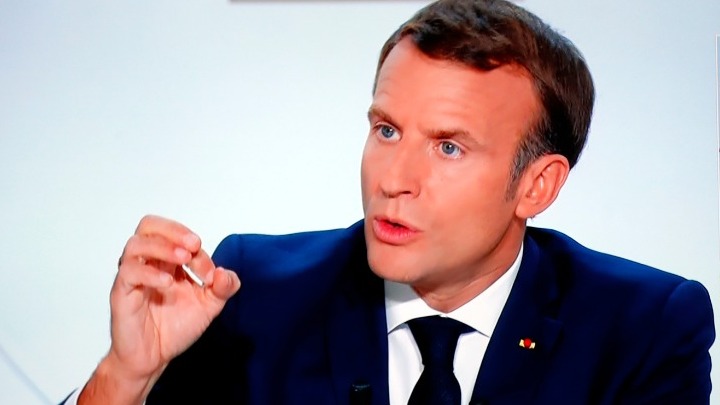 France became skeptical of Australia's commitment to a $ 40 billion submarine order in June, and President Emmanuel Macron was briefed only by Canberra on the collapse of the agreement, written hours before it was announced. an official of the French presidency.

According to him, there was no hint of cancellation of the contract, when the French president met with Australian Prime Minister Scott Morrison in Paris in mid-June, shortly after the G7 leaders' meeting in Britain.

"We have been hearing voices from Australia about concerns over the execution of the contract since June," Elize's official told Reuters today.

Australia announced last week that it would cancel an order for conventional submarines from France to acquire at least eight US and British-built nuclear-powered submarines after concluding a security agreement with those countries under the name AUKUS.

France discussed the submarine deal with its allies at the G7 summit, the official said. Australia is not a member of the G7, but was invited by Britain.

On June 15, when Macron received Morrison for dinner, Morrison outlined Australia's concerns, but gave no indication that his country was considering canceling the contract, the French official said.

"Morrison did not say anything to suggest this and they agreed to continue working together. "The president later wrote an extensive letter to Morrison in response to his concerns," the official said.

For months, Australia has had issues with the delivery date and cost of the project, but it is unclear what concerns Morrison presented to Macron.

A second Elysee official said Canberra had not once mentioned that it was considering an alternative to the agreement with France.

France sought answers from the United States but received none, the first official said.

Morrison informed Macron in writing that the agreement had been canceled, before the official announcement.

Traffic problems continue on the descent of Kifissos from the Varybombi Bridge to New Philadelphia. Earlier - due to the ring that is put ...
Read more
IT HAPPENS IN ATHENS

Improved compared to last week is the situation today at stops and buses, the first day of implementation of the Ring. However, the same does not happen ...
Read more
GREECE

The amount of initial assistance received by 37,1 citizens of the fire-affected areas amounts to 7.466 million euros, of which approximately 1/3 ...
Read more
SPORT CITY

Sakkari and Tsitsipas remained stable in the World Rankings

Maria Sakkari remained at No. 7 of the WTA World Ranking, while Stefanos Tsitsipas is for another week at No. 3 of that ...
Read more
WORLD

Britain: New US appeal for Julian Assange extradited on Wednesday

The United States is making another attempt to extradite Julian Assange to the country, with the British justice considering the appeal from Wednesday ...
Read more
CIVILIZATION

"News from Cervantes": The whole story of Comedy in a performance at the Metaxourgio theater

Today and tomorrow, the President of the Republic of Cyprus Nikos Anastasiadis will pay a two-day visit to Thessaloniki. His meeting with the mayor is scheduled for 10.45 ...
Read more

Improved compared to last week is the situation today at stops and buses, the first day of implementation of the Ring. However, the same does not happen ...
Read more
984

The ring returns to the center of Athens after about 2 years of absence. From today Monday 25 October until Friday 22 July ...
Read more
CIVILIZATION

Kilometer queues are formed in the two streams of Kifissos due to the first day of application of the ring in the center of Athens. On the descent of Kifissos the ...
Read more
IT HAPPENS IN ATHENS

Attacks on Banks at dawn

Attacks on two banks in Chaidari and Chalandri took place almost at the same time in the early hours of the morning with the perpetrators causing serious damage. The first attack ...
Read more