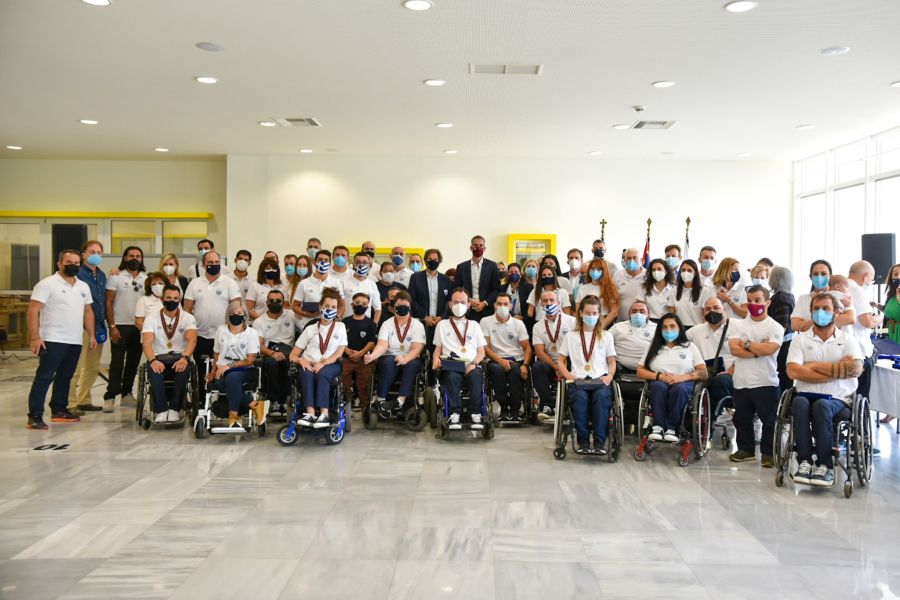 In a festive atmosphere, the Mayor of Athens, Costas Bakogiannis, welcomed on Thursday at the Serafio Sports and Culture Center the athletes and members of the Greek delegation of the 2020 Summer Paralympic Games in Tokyo, rewarding them for their impressive participation in the festival. filled all the Athenians with emotion and pride.

"Welcome to your home, in Athens, the city that gave birth to the modern Olympic movement. You offered us a lot, generously and generously ", stressed Mr. Bakoyannis in his speech, expressing his gratitude on behalf of the municipal authority, but also of all Athenians for the enormous effort made by the Greek athletes at the Paralympic Games, winning a total of 11 medals . 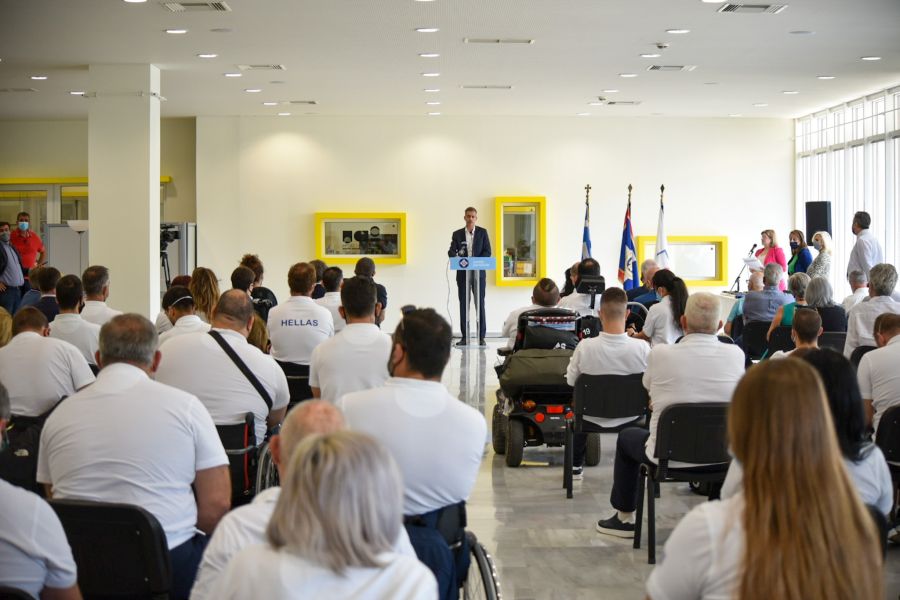 On the occasion of today's event, the Mayor of Athens, addressing the members of the Greek delegation, stood by the mistakes and omissions of all previous years, which made the city "hostile" -as he characteristically stated- for people with disabilities, forcing them to live in conditions of confinement and hostage-taking. "We want you to feel free in the city, like in stadiums and swimming pools. You deserve the respect of the city ", he stressed and announced in advance the plans of the municipal authority for the improvement of the quality of life of the people, who face some kind of disability.
Making a brief presentation of the design of the Municipality of Athens, Mr. Bakoyannis referred to a number of initiatives, noting, however, that "there are no magic wands" and that it will take time to complete all the projects. Specifically, it was mentioned:

-In the implementation of accessibility projects and services for the disabled in schools. After the end of the project that is already in progress, 257 schools of the Municipality will acquire the appropriate infrastructure to serve students with mobility problems. Indicatively, WC AMEA will be constructed in 236 schools and ramps for the disabled in 185 schools, while in those school buildings where ramp access is not possible, elevators will be constructed.
- The application of strict design standards for the smooth movement and service of the disabled in all new projects that are planned or in progress (eg Syntagma, Commercial Triangle, University).

- To strengthen the police by placing 900 sensors on the ramps to deal with anti-social parking in various parts of the city. The project will be ready on September 27, with a two-week trial run to train staff, while from mid-October it will be fully operational. This means that when a driver parks on a ramp with a sensor, a message will be automatically sent to the municipal police.

- In the reconstruction of about 400 sidewalks of the Municipality - all with provision for the disabled - with a budget of 24 million euros.

- The equipment of the swimming pools in Goudi and Kolokynthos with state-of-the-art lifts, as well as with two new wheelchairs. The entrance to the swimming area is now easy and safe.

The event was also attended - at the invitation of the Mayor of Athens - by representatives of the municipal factions of the city, who participated in the awarding of athletes.

One of the most moving moments of the event was the moment of the awarding of Paralympian Grigoris Polychronidis and his wife Katerina Polychronidis, also Paralympians, who had their newborn child by their side. The Mayor of Athens, after awarding the medals to the Paralympic couple, who both excel in the sport "Botsia", then offered the baby, who was in the stroller, the honorary thank you parchment. 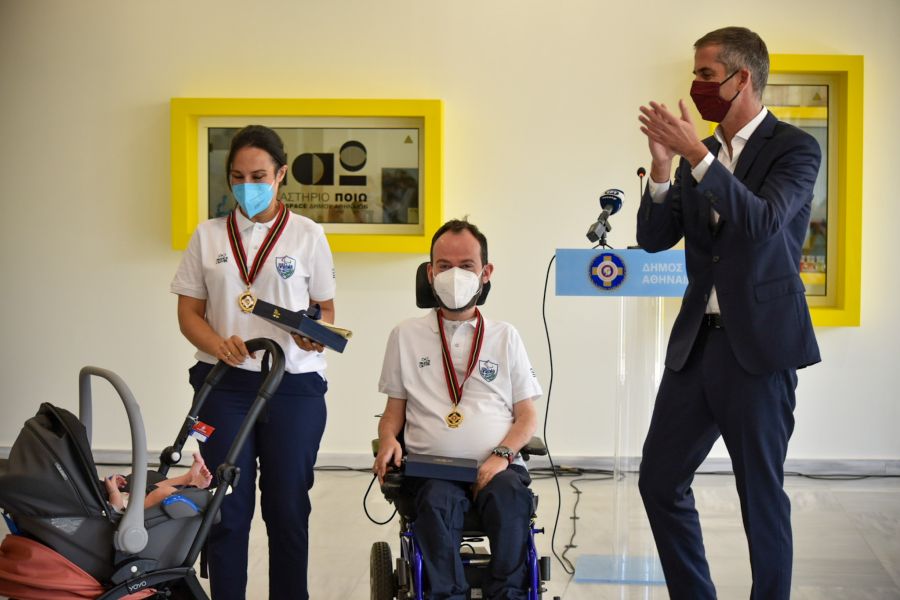 Amnesty International calls for WikiLeaks founder to be released

Amnesty International today urges US authorities to drop the indictment against Julian Assange and its authorities ...
Read more
COVID-19

The vaccine is safe and effective for children aged 6-11, according to Moderna

National Mourning tomorrow, the day of the funeral of Fofi Gennimata, who passed away at the age of 56 after a long battle with ...
Read more
984

The Prime Minister Kyriakos Mitsotakis has been in Saudi Arabia since yesterday, where today he will have a meeting with the Crown Prince of Saudi Arabia Mohamed Bin ...
Read more