J. Borel: The situation in Afghanistan will have a huge impact on security 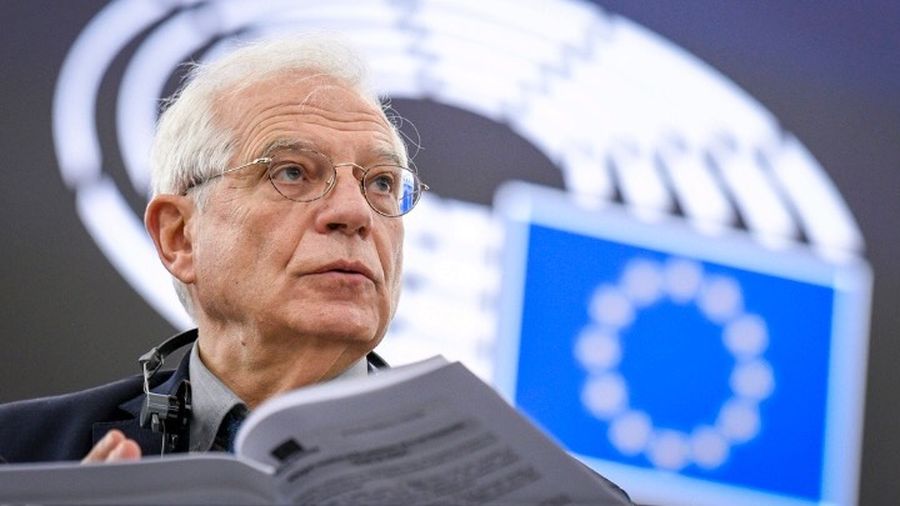 The Taliban seizure of power in Afghanistan is "the most important geopolitical event" since the annexation of Crimea in 2014 and offers a "new opportunity" for China, Russia and Turkey to "expand their influence" in Central Asia, he said. Head of European Diplomacy Josep Borrell.

Addressing MEPs, Josep Borrell reiterated the need for Europe to "talk to the Taliban" in dealing with the humanitarian crisis, but without this meaning formal diplomatic recognition of their status.

The situation in Afghanistan "will have a huge impact on regional and international security. "This is the most important geopolitical event since the annexation of Crimea by Russia seven years ago," he said.

At this juncture, "we must act together with our regional and international partners (…) Central Asia will become a region of greater strategic importance to us," warned Josep Borrell.

"It simply came to our notice then Turkey, China, Russia will have a new opportunity to expand their influenceTo the detriment of the West in Central Asia, he warned, calling for stronger European diplomatic relations with Iran, Pakistan and India.

The European Union "should work closely with the United States and step up diplomatic efforts to build a consensus with its allies to develop an effective common approach" to the new Taliban regime, according to Josep Borrell.

"As Westerners continue their operations in Kabul to oust foreign nationals, Afghan staff and their families, 'we need channels of communication with those in power,'" he said, acknowledging that the prospect he presented yesterday Brussels to talk to the Taliban provoked negative feelings.

"But we have to be clear that opening up communication channels does not in any way mean international political recognition of the Taliban," he said.

"This is by no means a recognition, it is a means of supporting humanitarian aid to Afghanistan while stepping up aid to neighboring countries so that they can manage the negative effects, internal migration, the increased risk of terrorism or drug trafficking, "he explained.

Josep Borel's speech comes a day before a teleconference by NATO foreign ministers on the consequences of developments in Afghanistan.

Melbourne, the city that has remained locked down for Covid-19 for longer than any other in the world, is going to lift it ...
Read more
WORLD

Bill Clinton is recovering - He is expected to be discharged today

The 42nd president of the USA, Bill Clinton, 75 years old, spends another night in the hospital where he was admitted with an infection that is not related to ...
Read more
GREECE

The front pages of the newspapers

"Shocking" characterized the images of destruction in Ithaca, the Minister of Civil Protection Christos Stylianidis, who conducted an autopsy on the island, emphasizing that they will proceed immediately ...
Read more
WORLD

Italy: Second round of municipal elections in 65 Italian cities

The second round of the Italian municipal elections is taking place today and tomorrow. Five million citizens are called to go to the polls again, in sixty-five ...
Read more
WORLD

The military alliance led by Saudi Arabia that intervened in the 2015 war in Yemen announced yesterday Saturday that more than 160 ...
Read more
WORLD

Haiti: At least 15 members of a US mission were abducted by a gang

Fifteen to 17 members of the American mission were abducted yesterday, Saturday, at noon by a gang in the eastern suburb of Port-au-Prince, it became known from sources in the Haitian ...
Read more