Protest rally in the Constitution for the fires 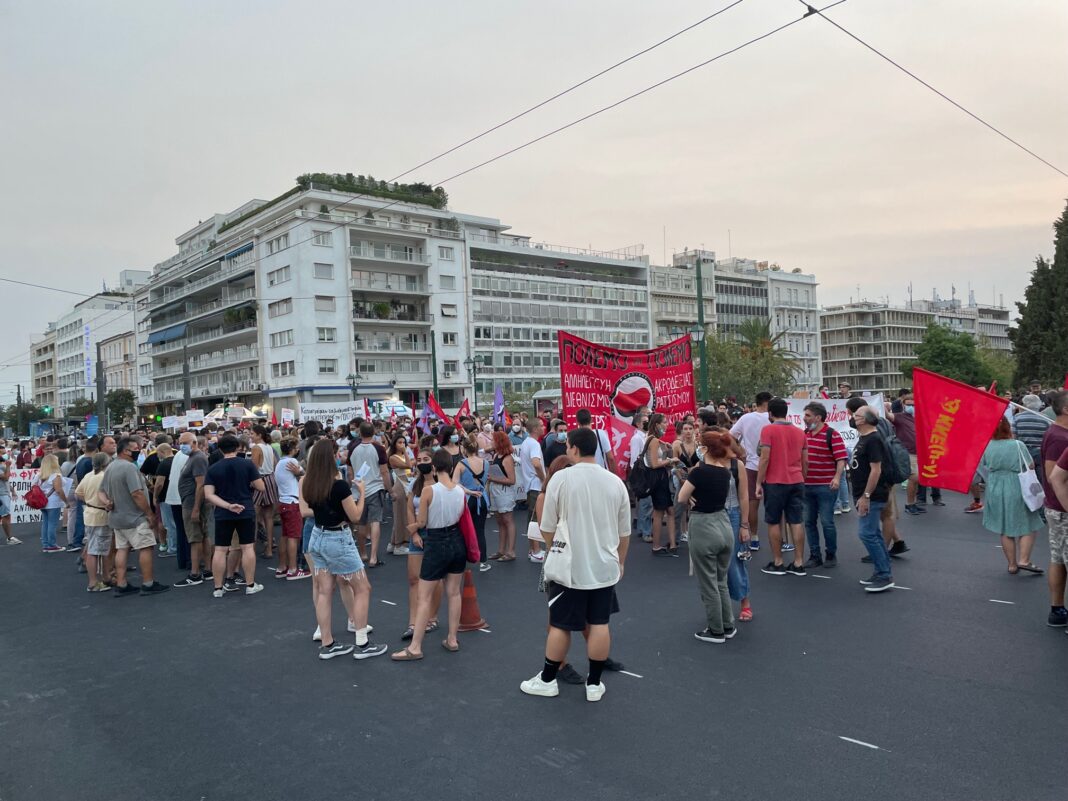 The "Active Citizens", municipal and regional factions of the anti-capitalist Left, as well as the ANTARSYA, held a protest rally in the Constitution on Monday afternoon, calling for immediate measures to be taken to support the fire victims and protect nature. A strong police force was deployed in front of the watchtowers of Evzoni and around the Parliament, but without any incident.

The calls of the protesters were characteristically emphasized that today's mobilization took place "at a time when hundreds of thousands of acres of greenery have already been reduced to ashes, within a few days, in many parts of the country and while residents complain, from northern Evia and the Peloponnese , for a tragic oligarchy of the state mechanism are increasingly increasing ".

In closing, we would like to remind you that large protest rallies in front of the Parliament took place in 2007, after the big fire that had destroyed most of the Parnitha National Park.

South Africa: "Closed borders" for hundreds of people who want to return to their home countries

With her eyes blurred, frustrated and at the same time relieved, Valerie Ledik leaves Johannesburg Airport with a precious treasure in her pocket: ...
Read more
COVID-19

Five Greeks who arrived in the country by flight from South African countries and a stopover in the United States were placed in a ten-day preventive quarantine ...
Read more
GREECE

Th. Plevris: We leave SYRIZA alone in the field of populism and mud

South Korea announced today that it will impose restrictions on arrivals from South Africa and seven other countries due to concerns about ...
Read more