Valerios Leonidis for Iakovidis in Athens 9.84: Where was Pyrros for so long? 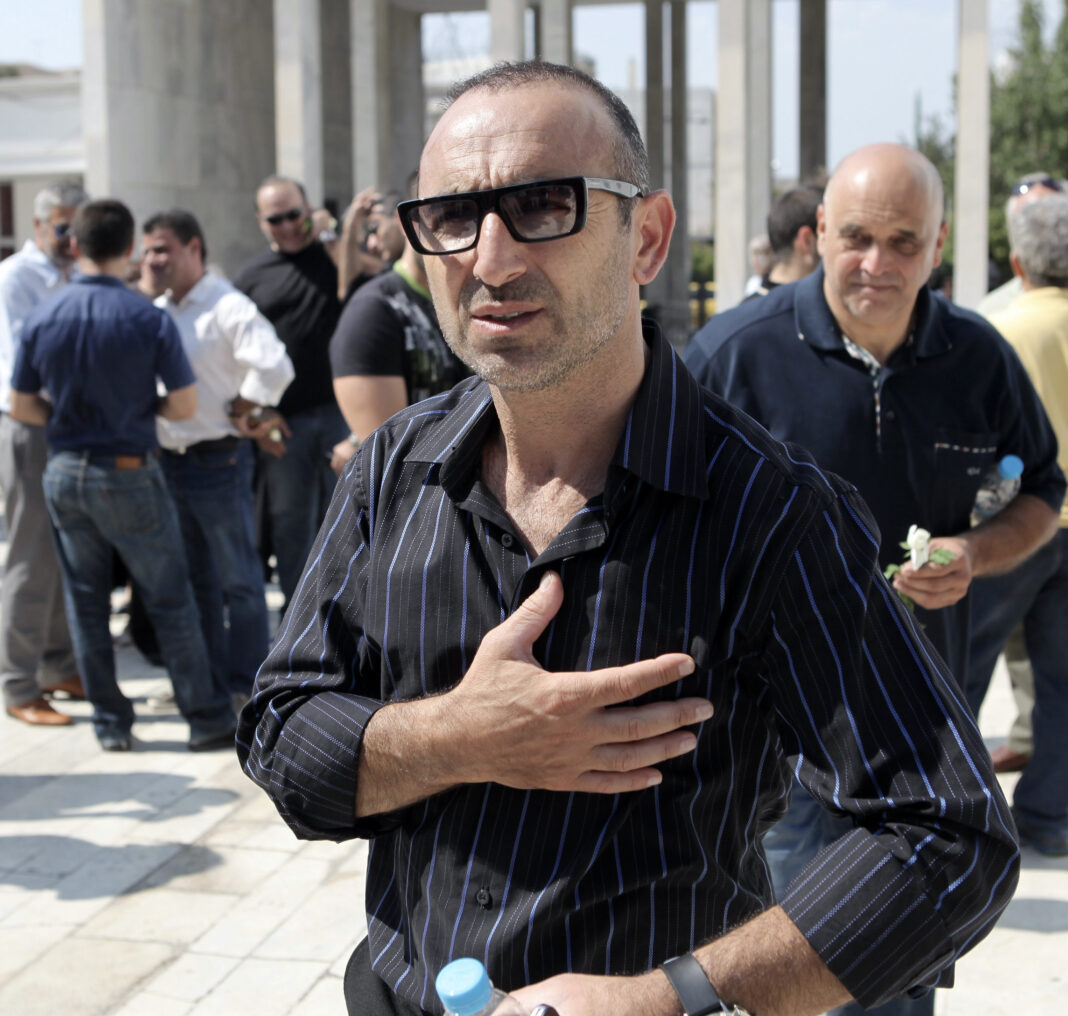 Thodoris Iakovidis shocked with his statements after his attempt at weightlifting, at the Tokyo Olympics: "I do not cry out of grief because apparently I did not do well. I cry because it's all over. Unfortunately I can not perform 100% and have my head calm to train and be able to perform what is appropriate to attribute to this flag I wear. Sorry if for some I put it on my feet, but I'm too tired and can no longer stand this situation. It is very sad to be ashamed to go to the physiotherapist because he does not take your money knowing your condition. And I can not stand it, I want to calm down and go back to my own and to hug them and thank them ".
George Mavrotas replied: "A touching farewell from Theodore Iakovidis after a great career in weightlifting. He gave his best with adverse conditions in his last Olympic presence. Thank you Theodore, you just have to feel proud of what you have achieved through so many difficulties ".
And the strong man of the weightlifting federation Pyrros Dimas stated to sport24.gr among others “I understand Theodoris. The child is right. I agree with him. There are no financial resources to support athletes. We had found him a physiotherapist at IASO, but he also works for a living in the southern suburbs and it did not help him to go there. "And now the athletes do not have the motivation we had to continue."

However, the Olympian Valerios Leonidis and a member of the Board of Directors of the Weightlifting Federation was a complainant and stated in Athens 984 "Where has Pyrros Dimas been for so long? I have been shouting it for so long on the boards of the Federation. We also went to Avgenakis. The sport has shrunk so much. There is no growth, there are no children. At 85 he gained more weight than he does now at 96. I had him as an athlete when I was a federal coach and we went to Rio. He could lift more. My heart aches when I hear this, it is a testimony of the soul. Martasidis was also in the team. Why did he leave; for the same reason; An athlete who goes to the Olympics trains every day and must have a doctor and a physiotherapist by his side. But the key is to have a team. Is Thodoris alone, who is the other team, so that there is a climate? He was fighting alone.
And Pyrros' statement "I will come to Greece after the Olympics", What did he do before? It is a shame to say such things. He was president and he was in America. What did he offer these children? What did he do for these children? That is why the athlete made these statements. The pressure came out of him. I shouted it to the councils, and they say everything is going well. I do not caress ears. Nothing goes wrong, everything goes from bad to worse. Pyrrhus will magically come to Greece and fix everything. I am now worried about America, lest America be destroyed when Pyrrhus leaves. Sampanis and the Elder and I shouted for so long, but they did not hear us. And we went to Avgenakis. We shout for the sport, we do not do it personally. There's a problem. Now they say "oh Iakovidis said that". We had predicted them before "
And he added: "The Federation is co-responsible. For whom did Iakovidis say all this? Quarantine is not to blame. The gyms were open. The General Secretariat let all the athletes who were preparing for the Olympic Games enter the gym. The issue is what you provide to these children. To prepare somewhere. How to prepare? By himself; His coach was in Giannina and came once a month to see him. Is this coaching? She saw him five times. When I said that to the council, when I complained about it, they called me a "racist". My soul hurts and I make it clear that I am not interested in the chair. I am interested in the sport. Iakovidis stops crying. He lost 190 kilos at 85 and now he does less. I feel sorry for him… What should Pyrros and Mavrotas say? It is a matter of federation, it has nothing to do with the General Secretariat. We shouted them before the elections. One athlete could not stand it and went to Cyprus, there were a couple of athletes. Once in six months they were given two hundred euros. It's tragic and I'm sad. I say it the way things are and whoever likes "