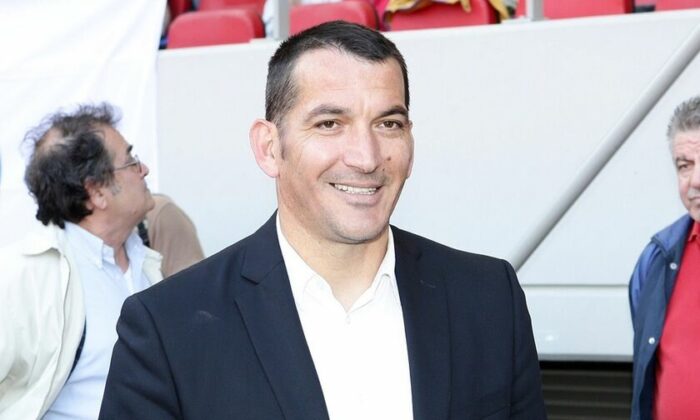 Pyrros Dimas took a position on the issue that arose after the statements of Theodore Iakovidis, as soon as he finished his effort at the Tokyo Olympics. The leading Greek weightlifter and one of the most important Greek Olympians, was President of the Weightlifting Federation, while today, he holds the position of General Secretary.

And in this capacity, but also as the person who knows the sport very well, one of the coaches in the US Olympic weightlifting team, was posted on social media with the following post:

"I am part of Greek sports and I take on the responsibilities that belong to me for the tears of Theodore Iakovidis in Tokyo. I can analyze the situation in EOAB from 2004 onwards so that you can draw your own conclusions.

From the Olympic Properties that were left unused in the shame of 2008, from the economic crisis to the political targeting of 2015. I believe that the story of Theodore is in a way this story of the difficulties we went through in the last 10 years. My mistakes are many, but whoever tries also makes mistakes. My responsibilities are great. Now even bigger. Forgive me Theodore. We have to try harder. For Iakovidis and every Iakovidis "…

After the revival for the third time of the reintegration in the old regulations of the 100-120 monthly installments of those debtors affected by the pandemic who lost them from ...
Read more
WORLD

AUKUS: EU foreign ministers express "solidarity" in France with US

The member states of the European Union have expressed their "support" to France in the crisis triggered by the tripartite agreement on its security ...
Read more
COVID-19

The Italian Ministry of Health announced yesterday Monday that in the previous 24 hours 44 patients with COVID-19 succumbed, compared to 26 the previous one, while ...
Read more
WORLD

Afghanistan: Taliban Assure They Are Able to Suppress IS Action

A senior Taliban official assured yesterday that the jihadist organization Islamic State (IS) does not pose a threat to Afghanistan, because its new regime ...
Read more
COVID-19

The Mexican Ministry of Health announced yesterday Monday that in the previous 24 hours another 262 patients with COVID-19 succumbed and 3.367 cases were diagnosed ...
Read more

A better picture is presented, according to the Fire Brigade, of the fire which started in two different outbreaks in Nea Makri and seriously threatened houses in ...
Read more
IT HAPPENS IN ATHENS