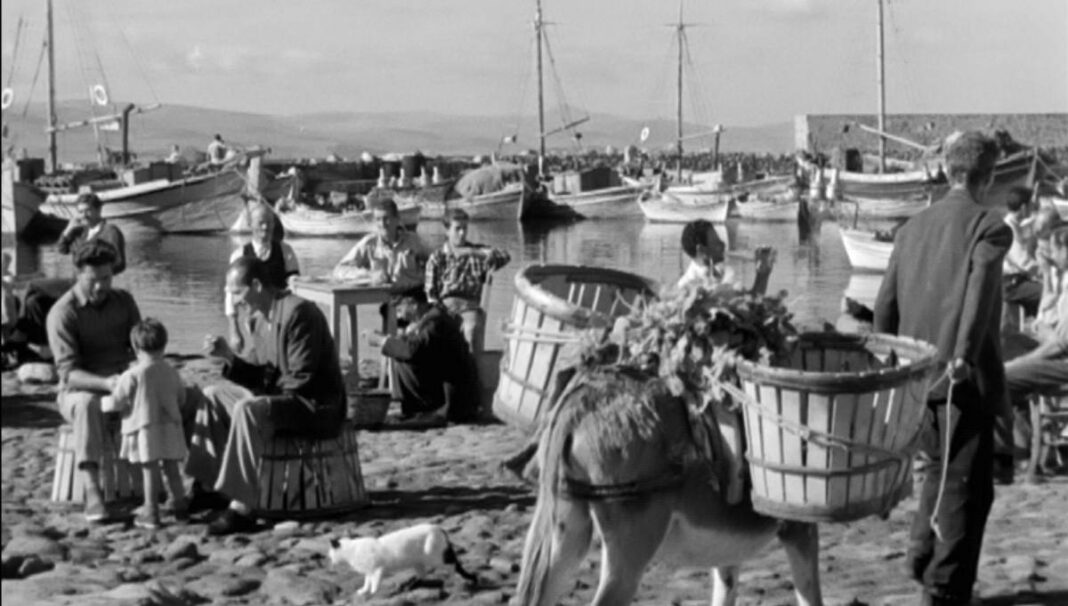 The Greek Film Archive presents in a restored copy the unknown masterpiece of Leontos Loisios "Fishermen and Fishing", produced in 1961 (22 '), with narrator Stavros Torne, edited by Roviros Manthoulis. The film will be screened together "Social Rot" (1932, 50 ') by Stelios Tatassopoulos, with French subtitles. The two films will be screened on June 27 at the Lais Summer Cinema (9.15 pm).

Immediately after, from June 28 to July 7, they will be shown in the digital cinema of the Film Archive online.tainiothiki.gr, free.

Following the tradition of observation cinema, Loisios' film was made in collaboration with pioneers of post-war cinema and theater. 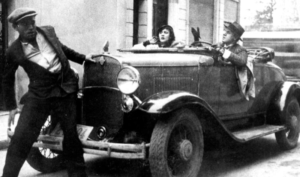 Η "Social Rot" was the first Greek film of social criticism, a forerunner of neorealism in Greece. It is the first fiction film to deal with the plight of the unemployed and poor working-class populations of urban centers, and at the same time depict the struggles for the organization of industrial labor in unions.

Most of the actors were amateurs or used fake names. Given that trade unionism and any activity that could be considered leftist was prosecuted as an "individual offense" under the 1929 Venizelos Act, the shooting of the film was a rather risky endeavor. The film also offended the morals of the time by depicting in every detail the drug addiction. Thus, its first distribution in theaters was accompanied by police interventions and cancellations of screenings.

The director of the film Stelios Tatasopoulos, was only 25 years old when he shot the film which was his first. He wrote the screenplay and played the leading role of the poor student who becomes a tobacconist and a trade unionist after his near fatal fall in the origins of the Athenian underworld from where some tobacco workers save him.

The film will be played with an original musical investment by Konstantinos Betas. 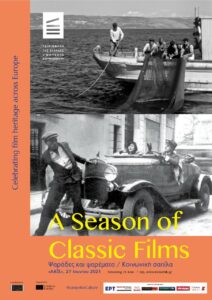 The restoration and digitization of the image of the documentary Fishermen and Fishing, was done in 2K by the first generation negative of the film and other available materials. The restoration and digitization of the sound was done by the first generation of negative sound. The film will be screened with English and French subtitles

The suspension of the operation of the three large Vaccination Centers in Elliniko, Rhodes and Corfu was announced by the Ministry of Health, noting that they will now be developed ...
Read more
IT HAPPENS IN ATHENS

A fire broke out on Thursday afternoon in a forest area in the area of ​​Dardiza, Acharnes, Attica, at the foot of Parnitha. At the point they have rushed and attempted ground ...
Read more
CIVILIZATION

Stavros Zoumboulakis' experiential story "My sister" goes up in Bios

Periklis Moustakis directs the experiential narrative of Stavros Zoumboulakis. Dora Stylianesi and Alkis Zoupas are on stage. After a series of performances ...
Read more
984

K. Hatzidakis: The possibility of further increase of the minimum wage is open

The possibility of further increase of the minimum wage in 2022 was left open by the Minister of Labor, Kostis Hatzidakis, who in a press conference he gave, ...
Read more
WORLD

The relationship between Great Britain and France is unshakable, says B. Johnson

The President of the European Commission, Ursula von der Leyen, the President of France, Emmanuel Macron, as well as the Prime Ministers will be in Athens tomorrow ...
Read more

A fire broke out on Thursday afternoon in a forest area in the area of ​​Dardiza, Acharnes, Attica, at the foot of Parnitha. At the point they have rushed and attempted ground ...
Read more
IT HAPPENS IN ATHENS

In an atmosphere of celebration, the Mayor of Athens, Costas Bakogiannis, welcomed the athletes and its members on Thursday at the Serafio Sports and Culture Center ...
Read more
CIVILIZATION

The most fun puzzle game against the backdrop of the old gas factory For families with children from 9 years old What was that noise? You smell ...
Read more
CIVILIZATION

The Lab for Arts presents on September 19, 2021 the exhibition-action Urban Mythology in Urban open spaces in the area around ...
Read more