Metro Line 4 - How to change Athens 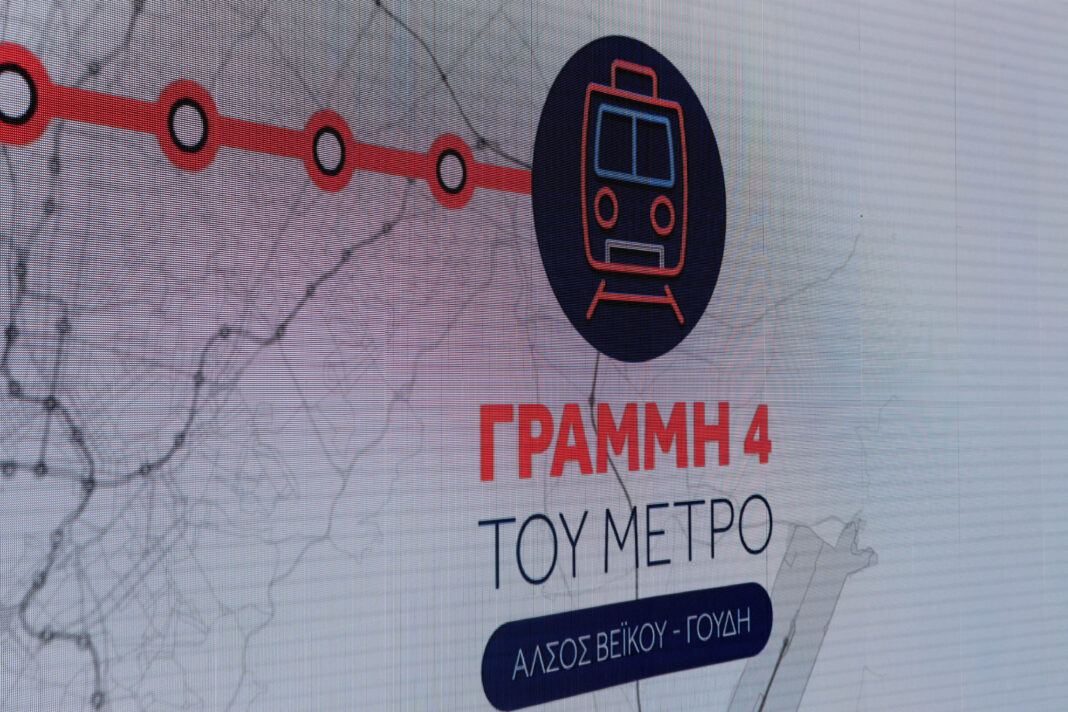 Another step towards the start of works for the construction of line 4 of the Athens Metro took place on Tuesday night as the relevant contract was signed by the company "Attiko Metro SA" and the association of companies "J&P AVAX SA". - GHELLA SpA - ALSTOM Transport SA ", at the Alsos Veikou Theater, in the presence of the Prime Minister Kyriakos Mitsotakis and the Minister of Infrastructure and Transport Costas Karamanlis.

It is recalled that in December 2019 the process of checking the sub-files of Supporting Documents and Technical Offer was restarted, which had been stopped for several years. After new appeals, the arguments of Attiko Metro were finally justified in the CoC and thus the opening of the financial offers proceeded while all the legal issues that were raised for the contracting of the Precursor Works were resolved.

The preliminary works concern the relocation of networks of Public Benefit Organizations in all the areas where the metro stations and the wells will be made, traffic studies and detours. The procedures have already started and the first construction sites will be installed in the summer.

What is happening with the station in Exarchia

"All these actions took place within 23 months and in the midst of a pandemic," said Mr. Karamanlis and thanked the management and employees of Attiko Metro, while referring to the station that will be built in Exarchia. "The New Democracy Government did not change the plan," said the Minister of Infrastructure and Transport, explaining that "the Exarcheia station was in the square from the beginning according to the plan, handed over by SYRIZA."

"For us, there are no neighborhoods in Athens that we will leave in the dim light and there are definitely no avatas" Mr. Karamanlis repeated and pointed out that "in the past, in other areas there were reactions and now those who reacted have been left without a subway and" strike their head against the wall ”». The Minister of Infrastructure and Transport assured "every thinking citizen that he will not let this happen in any other neighborhood of the city". "The design of line 4 is a given, it is the one we received from the previous government and it is a given that this is exactly how we will proceed with its implementation," he clarified and added that "the Prime Minister himself has instructed us to proceed, ignoring any political costs.

The technical elements of the project

The first section of Line 4 of the Metro "Alsos Veikou-Goudi", is designed to serve many densely populated areas of downtown Athens. With the construction of four new stations (Exarchia, Akadimia, Kolonaki, Evangelismos) from the ever-increasing demand of the passenger public and especially the station of the Constitution.

Line 4 will serve many important buildings and facilities, such as hospitals, the Courts, the National Technical University of Athens, the National Archaeological Museum, the Ministry of Culture, the Law School of EKPA, the Benaki Museum (Koumbari building ), the British Council, the Campus. It will be connected to the existing Metro Lines with two response stations ((University / Academy, Evangelismos). 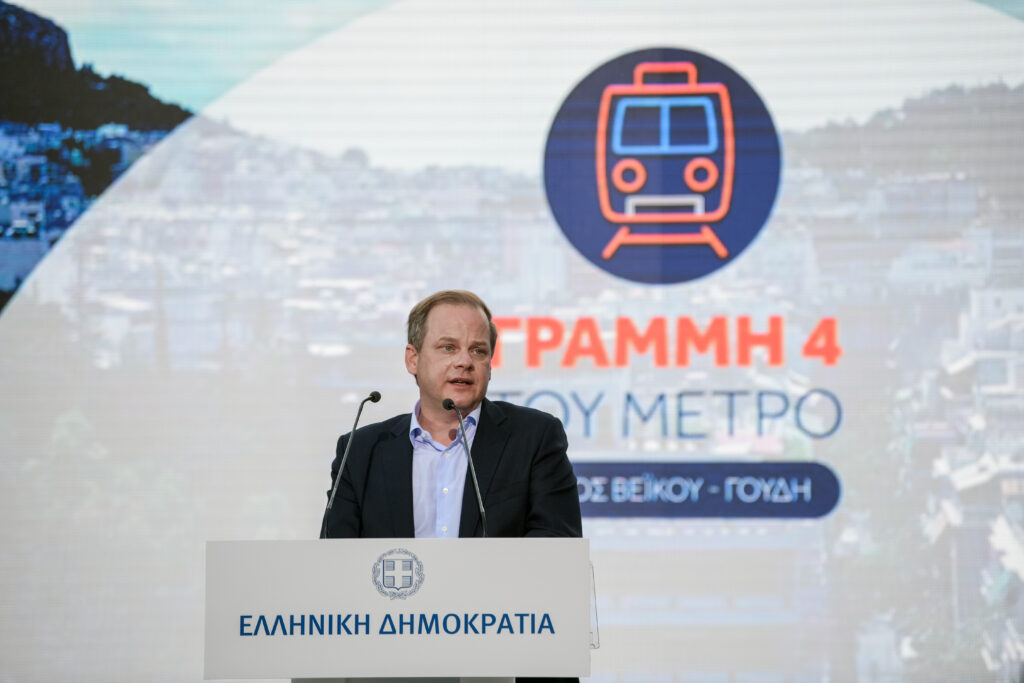 Metro Line 4 will extend in a length of about 13 km from the Veikos Grove in Galatsi to Goudi, within the Municipalities of Athens, Galatsi, Kaisariani and Zografou. It will include 15 new stations, with their ventilation wells: Veikos Grove, Galatsi, Elikonos, Kypseli, Courts, Alexandra, Exarchia, Akadimia, Kolonaki, Evangelismos, Kaisariani, Panepistimioupoli, Zografou, Ilisia, Goudi.

A new Operation Control Center (KEL) for Line 4 will also be constructed, with a view to integrating and controlling the operation of Lines 1, 2, 3, as well as future new automatic lines and the Tram, as well as a new building for maintenance and repairs of new trains, which will be located in an available space at the Sepolia depot. Finally, two line terminals will be constructed before Alsos Veikou Station (below Veikou Avenue) and after Goudi Station (below Katehaki Avenue), for the deposition of new trains, their cleaning and maintenance.

Along Line 4, nine intermediate wells or terminals are foreseen, ie the wells EYDAP, Veikou - Laundry - Maintenance, Library, Evangelism Branch, Formionos, Near East, Justice, TBM Katehaki, GNA. The main tunnel in the whole project will be double track, with a minimum internal diameter of 8,48 m, with a total length of approximately 10.144 m and will be constructed with at least two new TBM machines (Tunnel Boring Machine), ie the well-known "subway" ”) Full-face cutting.

The remaining sections consist of underground drilling tunnels with conventional mechanical means of single track, variable cross section and triple track. The project also includes the required rolling stock: 20 automatic trains without a driver, as well as all the required electromechanical and railway systems for the operation of the Line.

Object of the contract and budget and duration of the project

The object of the contract is the elaboration of the final study and the implementation study, the construction of the civil engineering works, the supply, installation, testing and commissioning of the electromechanical and railway equipment, the maintenance of the project, the training of the personnel and the supply of spare parts of Line 4 of the Metro, Section A "Veikos - Goudi Grove". 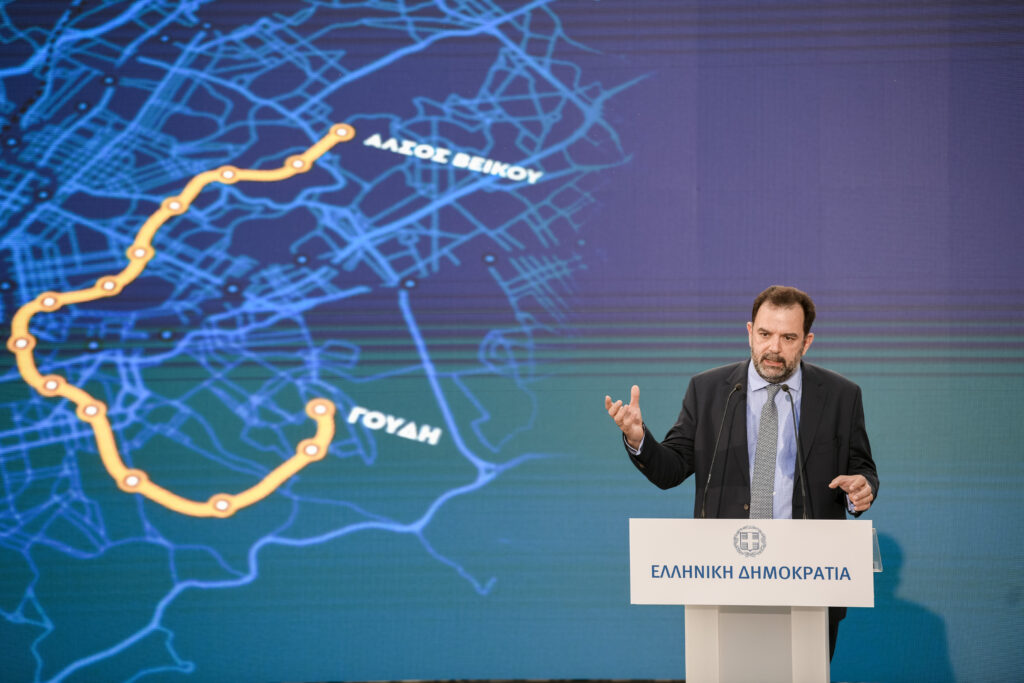 The specifications for Line 4 follow new standards and incorporate new technologies, as many requirements and procedures have changed based on experience from previous projects.

In summary, some key upgrades and improvements are:

The application of the Building Information Modeling model - the so-called BIM - starts from Line 4 of the Metro in Greece. An innovative platform, supported by the Commission, but also part of the Recovery Fund reforms. It covers the gap between the designer and the builder of the project, contributing to the saving of significant resources in terms of the final cost of the projects, which is also one of the most important problems in Greece.

2020 Olympic Games: With Serbia or Montenegro the national polo

One match before the end of the group stage, the eight teams that will continue in the men's polo in the quarterfinals came out. The one that...
Read more
News Bulletin Athens 9.84

Fire is in progress in a forest area in the area of ​​Ziria, in the Municipality of Egialia in Achaia. 95 firefighters are operating at the spot with 4 groups of pedestrians, ...
Read more
984

The air directive for domestic flights is extended until Monday 9 August at 06:00 in the morning, according to an announcement by the Policy Office ...
Read more
GREECE

The elimination of the sad phenomenon of domestic violence requires the mobilization of all. The only thing he does not need, and he must realize this ...
Read more
WORLD

Eleven people have lost their lives in eastern India, which was hit by torrential rains, which resulted in houses being swept away and ...
Read more
News Bulletin Athens 9.84

The forest fire that broke out in Ziria, in the municipality of Egialia, in Achaia, is in progress. The authorities proceeded to evacuate the settlement of Ano Ziria, ...
Read more