Philip Lane (ECB): The resilience of the euro has improved thanks to its architectural reforms 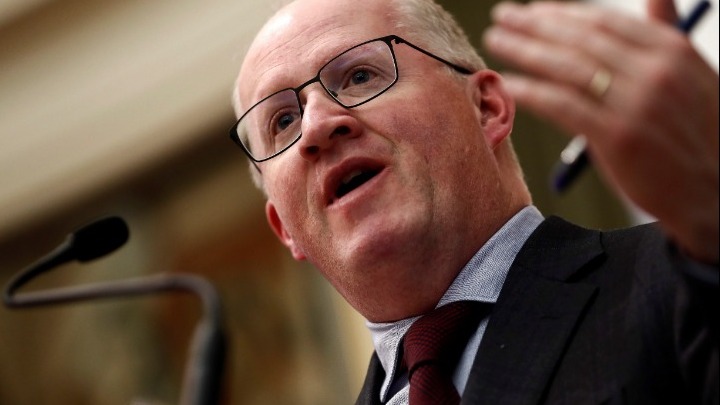 The resilience of the euro has improved thanks to architectural reforms, but it is important not to be complacent as the agenda is far from complete, said Executive Member and chief economist of the European Central Bank (ECB) Philippe Lein. .

Mr. Lane spoke about the euro in an online lecture, organized by the Athens University of Economics and Business, which was followed by a discussion moderated by the President of the Department of Economics and former Minister of Economy and Finance, George Alogoskoufis.

The chief economist of the ECB stressed that the answer to the question of the resilience of the euro today is very different from that in the late 90s, when the single currency was in its infancy or during the debt crisis, given all the changes made to its architecture.

Behind this conclusion, he said, is probably a deeper conclusion concerning the political dimension of the euro, manifested in both the collective European determination for pan-European reforms and the determination of member states to make deep adjustments.

He also referred in particular to the "Next Generation EU" initiative (the Recovery Fund), describing it as a very fundamental change.

Mr Lane said that in the 20 years of the euro, not only the world but also the world had changed, citing China 's role in the world economy as a major change and the fact that the real interest rate had fallen. global equilibrium.

He also referred to the pandemic crisis, which he said was a new test for the Eurozone, but noted that it is a crisis that affects all its countries (symmetrical shock) and thus the ECB is in a better position to deal with it. in relation to asymmetric shocks.