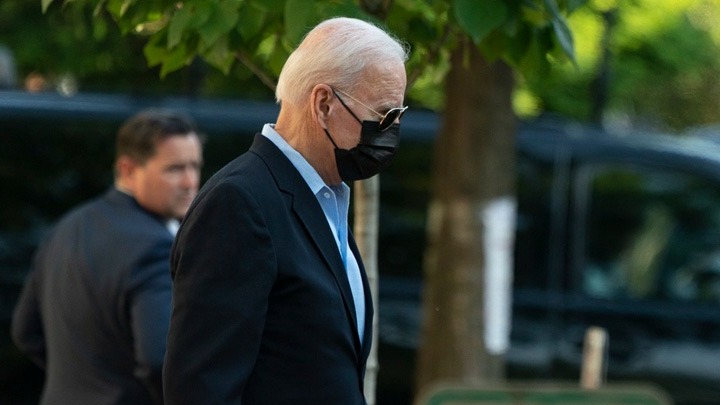 US President Joe Biden went to church in Wilmington, Delaware, on Saturday, following a decision by U.S. Catholic clergy that may deprive Holy Communion of pro-abortion politicians.

Biden, who is in favor of the right to abortion, and his wife Jill went to St. Joseph's Church after passing through the cemetery where the graves of Biden's first wife, Nilia, their daughter Naomi and their son Bo are located.

A devout Catholic, the American president goes to church at least once a week. At the same time, however, it supports the historic decision of the US Supreme Court, which in 1973 legalized abortion.

The USCCB on Thursday voted overwhelmingly (168 votes in favor and 55 against) a text on "the importance of Holy Communion in the life of the Church", which may result in their inability to receive Holy Communion those politicians who support abortion.

When asked about the bishops' decision, Biden replied: "It is a private matter, I do not think it will happen."

The Vatican has already voiced opposition to the USCCB decision, and in May called on US bishops to be vigilant about possible measures to "state the legitimacy of abortion and euthanasia." or other non-pecuniary damage ".

However, American priests are also divided, with some warning against turning the Eucharist "into a weapon."

Each bishop can decide who will receive Holy Communion in his church.

In 2019, an American priest refused to communicate with Joe Biden because of his views. He had then recalled that he had received Holy Communion from the pope himself.

Images of untold destruction and pain in Eastern Attica but also a suffocating atmosphere throughout the basin from the fire in Varypombi. The fire brigade ...
Read more
WORLD

A man threatens to detonate a grenade at the Ukrainian government headquarters, according to police. "It is not clear if this is a real grenade," said a spokesman ...
Read more
COVID-19

Doctors in the US, but also in other countries, report more and more often that the patients in their hospitals are no longer the same as ...
Read more
984

K. Mitsotakis: The critical infrastructure withstood us - Thank God we did not lose a human life

We faced an extremely difficult fire in extreme heat conditions. A big "thank you" to the men and women of the Fire Brigade who gave and continue to ...
Read more
984

The situation in many areas of Athens today is bad today, in terms of harmful PM2.5 particles, ie the thin inhaled particles with a diameter ...
Read more
WORLD

Syria: At least one killed, three injured in military bus blast in Damascus

One person was killed and three were injured when an explosion occurred early this morning after a fire broke out on a military bus outside a ...
Read more

The situation in many areas of Athens today is bad today, in terms of harmful PM2.5 particles, ie the thin inhaled particles with a diameter ...
Read more
IT HAPPENS IN ATHENS

Modifications to bus routes that are in force from this morning due to the fire in Varybobi were announced on Wednesday morning by ...
Read more
IT HAPPENS IN ATHENS

The water supply in Eastern Attica has been completely restored

EYDAP has carried out a complete restoration of the water supply in Eastern Attica, with the assistance of HEDNO. According to an announcement by EYDAP, the water supply of ...
Read more
IT HAPPENS IN ATHENS

Due to the high temperatures, the Municipality of Athens has from Tuesday, July 27, and until the end of the phenomenon three (3) air-conditioned rooms for ...
Read more