Pre-investigation - D. Verykios: These things do not happen in the Mafia either, Kontominas had said 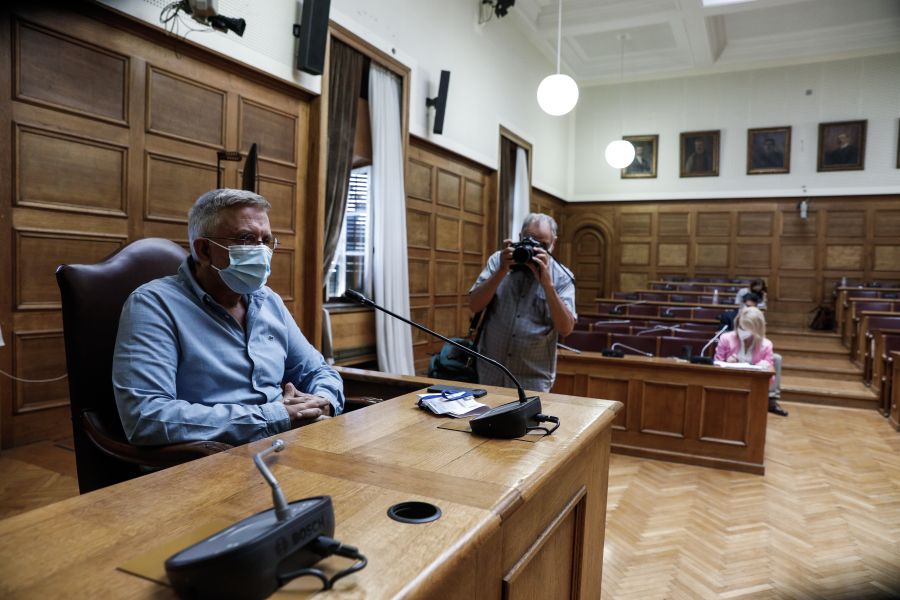 With the testimony of the journalist Dimos Verykiou, a close associate of the then owner of ALPHA Dimitris Kontominas, the work of the preliminary committee of the Parliament for Nikos Pappas continued today, while SYRIZA returned to its complaints about the alteration of the minutes.

According to sources from ND, the witness allegedly testified that pressure was exerted on Dimitris Kontominas to get in touch and reach an agreement with Christos Kalogritsas for a TV channel, while according to the same sources, Mr. Verykios conveyed to the members of the committee the phrase that He heard Mr. Kontominas say to an official of the then government, after the appointment that was made with Christos Kalogritsas: How are you? "These things do not happen in the mafia either."

According to the same sources, as Mr. Verykios testified in the appointment that was made, Mr. Kalogritsas gave to Mr. Kontominas the list of what the government has requirements regarding the absolute control of the news sector and regarding an entertainment show that will must be undertaken by a specific person. Kalogritsas understood Kontominas' dissatisfaction and told him "listen and see, I did not want to get involved with the media. "These old guys sent me and I do not know how to untangle."

According to sources from SYRIZA, D. Verykios informed that the appointment was closed on the initiative of Kalogritsa, he was not present, as he allegedly stated that D. Kontominas did not use flattering words about Christos Kalogritsa.

The journalist allegedly claimed that initially Mr. Kontominas had the impression that Kalogritsa was sent to him by Maximou, but after the meeting he was convinced that Maximou did not want Kalogritsa, while the businessman himself spoke disparagingly about the then government. .

Elsewhere, the witness reportedly reported, "Kontominas told me as we ate," how can I work with a guy who does not have one in his pocket and curse those who allegedly sent him? "These things do not happen in the Mafia either."

However, at today's meeting of the Pre-Investigation, tension prevailed over the minutes, with SYRIZA raising the issue of alteration and the President of the Commission answering that dialogical discussions outside the microphone cannot be recorded.