The Davos Forum is postponed for next year 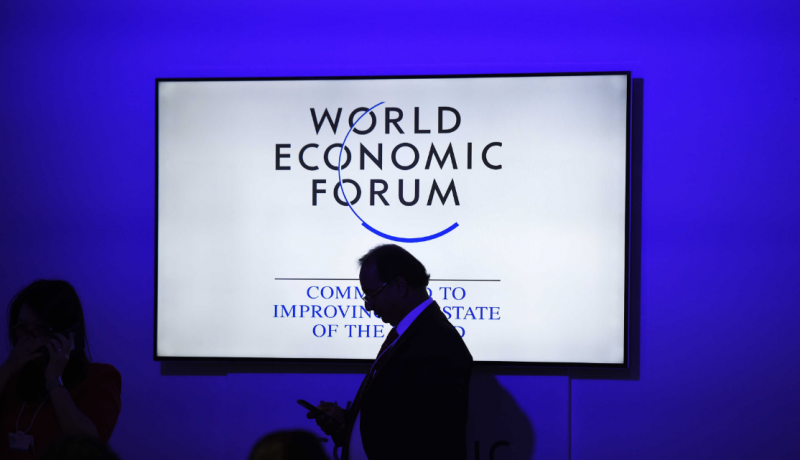 The Davos Forum, which was to be held in Singapore this year, has been postponed to next year.

"Unfortunately, the tragic circumstances that are unfolding in many geographical areas, travel uncertainty, different speeds in immunization campaigns and uncertainty about new variants (of SARS-CoV-2) combined make it impossible for international leaders to meet. of businesses, governments and civil society from around the world, on the scale we planned, "the organizers said in a statement.

The Davos Forum or World Economic Forum, as it is officially called, has been canceled, organizers said, adding that the next one will take place in the first half of 2022. The exact time and place will be determined later, depending on how the situation evolved with the pandemic during the summer.

The Forum, originally scheduled for mid-May in Singapore, had already been postponed once after canceling its regular annual event in Davos, Switzerland.

In recent days, Singapore has announced the strictest restrictions it has imposed so far, after lifting the lockdown. The city-state Commerce Department said it was "fully aware of the challenges posed by the ongoing pandemic", especially in relation to a meeting of leaders from around the world.

The Ministry of Health of Turkey announced yesterday Thursday that in the previous 24 hours 24.467 cases of SARS-CoV-2 were confirmed after 363.043 tests, with the ...
Read more
984

The administration of Monoclonal Antibodies in 10 hospitals begins

The administration of the 2.000 monoclonal antibodies that Greece has received begins. Yesterday, the scientific committee was formed which will examine the relevant applications ...
Read more
984

Six African countries will be added to the list of "red countries" of England after the United Kingdom Health Insurance Service expressed strong concern about ...
Read more
984

WHERE: At least half a million lives have been saved by vaccines in Europe

At least half a million lives have been saved by Covid vaccines in Europe, according to a report released today by the European section of ...
Read more
984

The weather is deteriorating again - Rains and storms across the country

Rains and local thunderstorms are expected today initially in the west, which will quickly spread to the rest of the country. The phenomena in the west and in ...
Read more
COVID-19

For the 2nd day negative case record in Germany - The victims of the pandemic exceeded 100.000

The Ministry of Health of Turkey announced yesterday Thursday that in the previous 24 hours 24.467 cases of SARS-CoV-2 were confirmed after 363.043 tests, with the ...
Read more

A wall art diary with twelve works by Artemis Hatzigiannaki on the subject of Syntagma Square and accompanying texts by journalist and writer Nikos Vatopoulos The most ...
Read more
NEWS

International Day for the Elimination of Violence against Women: A Feminist March in Athens

A march in the context of the International Day for the Elimination of Violence against Women was held in Athens by feminist organizations, organizations of the extra-parliamentary left ...
Read more
CIVILIZATION

An exhibition dedicated to the "discovery" of the city of Athens and to a dive into history and anecdotal details concerning its neighborhoods ...
Read more
IT HAPPENS IN ATHENS

Rally for the elimination of gender-based violence in Klafthmonos Square

13 podcasts for the new, global "pandemic"

The International Day for the Elimination of Violence against Women is celebrated today, November 25, by Athens 9.84, giving the microphones to 13 people, ...
Read more