Glyka Nera robbery after murder: Dead young woman next to her baby - Her husband tied up 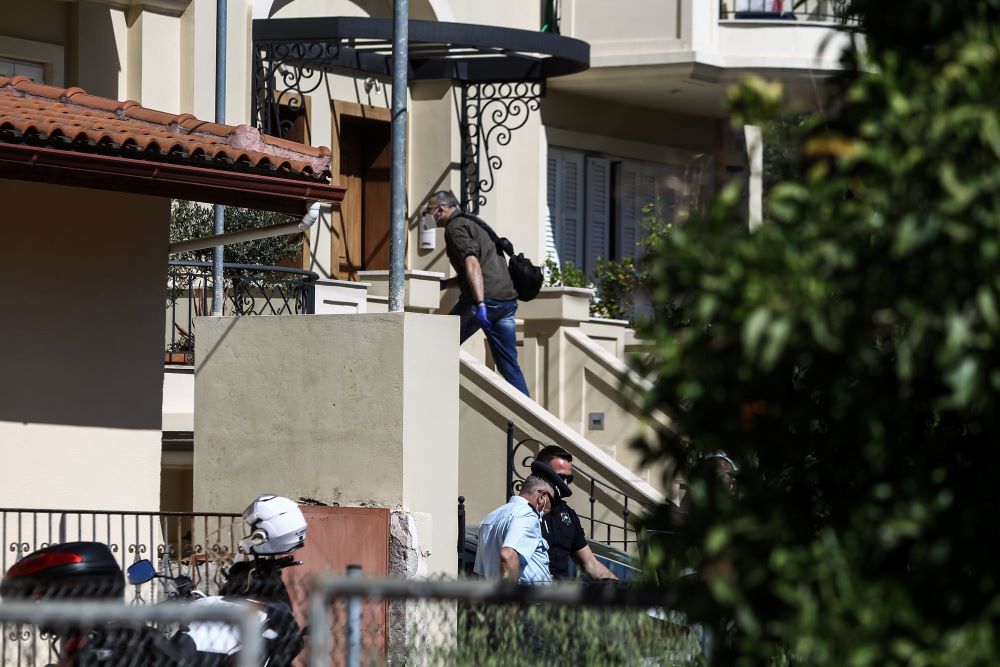 The Municipality of Athens created the first public Japanese Garden in Greece in the Nereid Park in Pagrati, just behind the building of the National Gallery ....
Read more

A young woman was found dead inside her house on Panagouli Street in Glyka Nera, with the police estimating that it was a savage murder by unscrupulous robbers. Inside the house was found the woman's husband tied to a chair and next to her her 11 month old baby. The family dog ​​was also found dead in the yard of the house.

According to the first information, the man who is a civil aviation pilot managed to alert the police by calling 100 after he was able to untie his hands.

The man in shock spoke about perpetrators who broke in through a back door for the purpose of robbery.

Police forces have rushed to the spot and are conducting searches in the house and in the wider area.

Preliminary estimates indicate that the perpetrators, 2 or 3 in number, broke into the house at around 4 in the morning, initially attacked the man and immobilized him by tying his limbs to a chair.

Then they went up to the upper floor of the house and there, as everything shows, they tortured the woman to death in order to reveal to them where money or other valuables were.

The woman had scars on her neck and the first estimate is that the perpetrators strangled her.

Her 11-month-old baby was in the same room.

The perpetrators fled after locating and taking how much money.

The Iranian Ministry of Health announced yesterday Monday that in the previous 24 hours 77 patients succumbed to complications of COVID-19 and 3.356 cases of ...
Read more
COVID-19

The Federal Ministry of Health of India announced today Tuesday that in the previous 24 hours 6.822 cases of SARS-CoV-2 were confirmed and 220 patients succumbed due to ...
Read more
WORLD

Philippines: Maria Resa will eventually travel to Oslo to receive the Nobel Prize in person

The Filipino journalist Maria Resa secured the approval of the justice of her homeland yesterday, Monday, to travel to Oslo to personally receive the ...
Read more
984

On December 10, the platform for vaccination of children aged 5-11 opens

On December 10, the appointment platform for the vaccination of children aged 5-11 opens, but the appointments will be scheduled from 15 ...
Read more
WORLD

WHO: Do not use blood plasma of patients treated for coronavirus

The World Health Organization (WHO) yesterday recommended not to use blood plasma of patients cured by COVID-19 for the treatment of patients with ...
Read more
984

The policeman arrested in Edirne in restrictive conditions at his hotel

As announced by the Ministry of Citizen Protection, the police officer and the girl were released on restrictive conditions by the competent judicial authorities of Edirne ...
Read more

STASY: The new tram routes are in implementation

The new tram routes were implemented from yesterday Monday, while the commercial operation of the tram extension is postponed for next week ...
Read more
IT HAPPENS IN ATHENS

March for the 13 years since the murder of Alexandros Grigoropoulos

A procession for the murder of the 15-year-old student Alexandros Grigoropoulos by the special guard Epamineondas Korkoneas on December 6, 2008 took place in the center of ...
Read more
984

A shooting incident occurred shortly before 6:30 on Ekavis Street in Galatsi outside a gym. A 40-year-old man was fatally injured in the fire. In the...
Read more
IT HAPPENS IN ATHENS

Extraordinary traffic regulations have been planned by the Traffic Police for today in the center of Athens, due to the rallies, which have been announced for the anniversary of the murder ...
Read more
984

Anniversary of Grigoropoulos's assassination: The student march in the center of Athens is completed

The student demonstration in the center of Athens for the 13 years since the murder of Alexandros Grigoropoulos was completed. Pupils and student associations with central ...
Read more