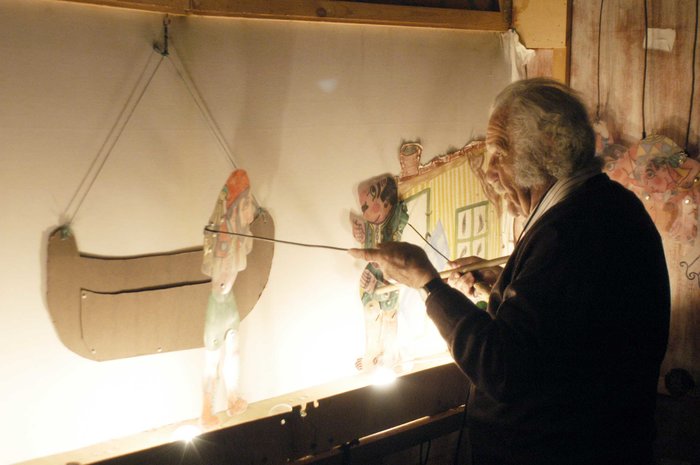 Twelve years are completed tomorrow, May 9, 2009, the day that the great teacher of the Greek shadow theater, Eugenios Spatharis, "left" at the age of 85. Identified with the art of the clown, he was a pioneer. The father of Sotiris Spatharis, a true bio-wrestling artist, was the one who introduced him to the popular spectacle of the shadow theater.

Honoring the memory of Eugenios Spatharis, the Ministry of Culture and Sports presents today the short video about the importance of his work, which was directed and kindly provided by his son, director Sotiris Spatharis. The video was first presented at the "Spatharia 2009" Festival in September of the year that Eugenios Spatharis passed away.

From an early age, the popular spirit and the multifaceted talent coexisted in the soul of Eugenios who began to spread laughter and optimism with his performances in every small and big stage of Athens during the occupation. He devoted himself with boundless love and zeal to both painting and technique, as well as to the emergence and spread of a seemingly simple, yet complex folk spectacle. 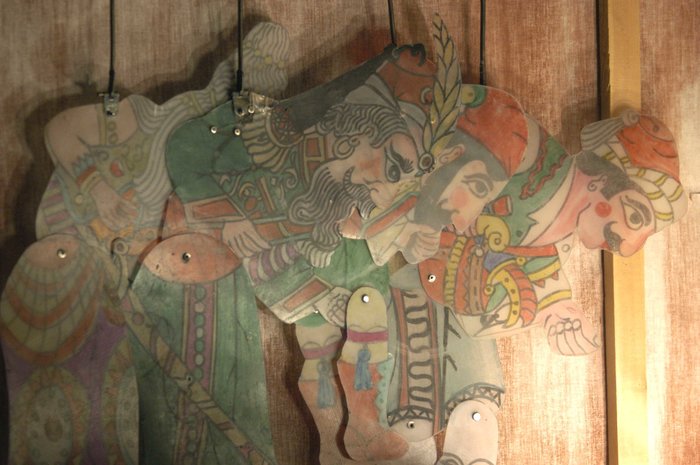 His colorful figures, separate works of art, testified to his restless and modernist spirit, but also the respect for the heroes of '21, the history of Greece. His countless performances in Greece and abroad gave the traditional spectacle of Karagiozis unpretentious imagination, legendary to magical dimension, genuine popularity and an optimistic purgatory, anarchist humor that brought children and adults in contact with the roots of our rich folk tradition.

The tireless action and inexhaustible creativity of Spatharis inspired many generations of clowns who continue the tradition of his work, while he contributed to the founding in 1991 of the Spathari Museum of Shadow Theater, which aims to promote and highlight the shadow theater and Mrs.

The state, political and military leadership of the country, the official and minor opposition, executives, members and friends of PASOK / KINAL are united with silent emotion ...
Read more
WORLD

Rome: Draconian measures ahead of the G20 international summit

Italian authorities set out the latest security measures ahead of the G20 international summit to be held in Rome at the weekend. As it happened ...
Read more
984

In her last residence, in the XNUMXst Cemetery, in the same place where her father was buried, the president of KINAL, Fofi Gennimata, is resting ...
Read more
GREECE

With a moving video with snapshots from the life of Fofi Gennimata and with her message about how she wants to be remembered, ...
Read more
CIVILIZATION

The Vault of Virtual Reality of the Cultural Center "Hellenic World" will be open again to the public from Saturday, October 30, 2021 with renewed ...
Read more
984

He was unanimously found guilty of the felony of attempted murder with possible deceit in a calm state of mind a few minutes ago by the Joint Jury ...
Read more
984