The bill for KETHEA freezes for two months - A dialogue begins 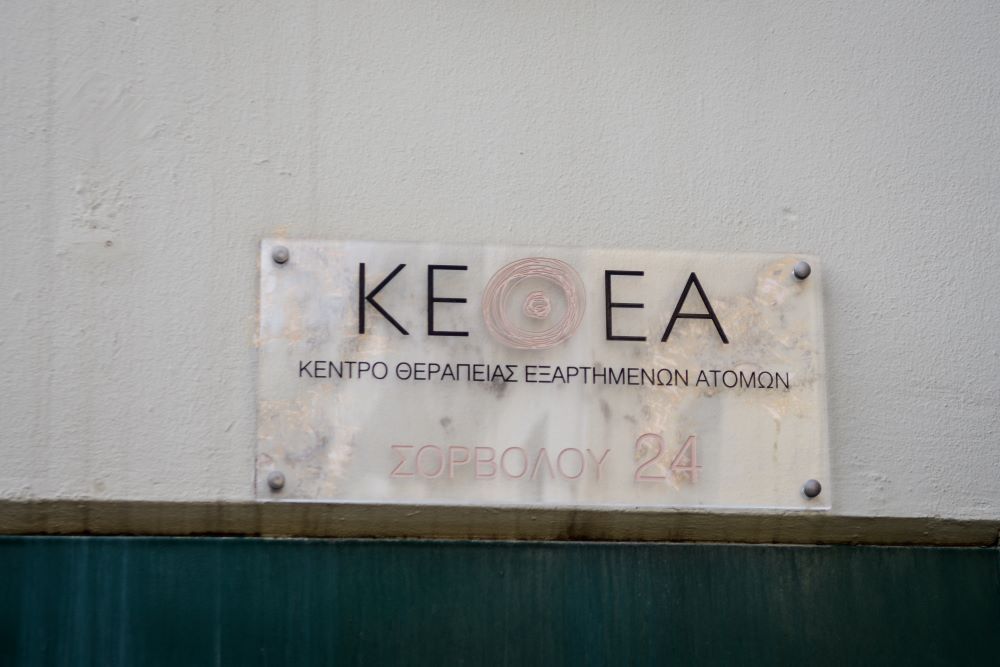 A two-month dialogue with the employees of KETHEA begins after the recent meeting of the representatives of the KETHEA Employees Association with the Deputy Minister of Health Zoe Rapti, where it was agreed to freeze the existing bill for the reform of the Center until new proposals are submitted. of the beneficiaries for the future operation of KETHEA.

It is noted that the bill for the organization of KETHEA had provoked a storm of reactions.

The announcement of the KETHEA Employees' Association states the following:

The Draft of bureaucratic transformation and substantial dissolution of KETHEA, which was submitted by a committee appointed by the Board of Directors appointed by the government. of KETHEA, provoked reactions of such magnitude that its inspirers did not expect it but - we confess - neither we ourselves. Those who were members of the Therapeutic Communities, their families, those who volunteered or were members of previous administrations, collectives, parties and municipalities supported our effort.

Above all, however, are the thousands of citizens who took this case into their own hands, surpassing our own boy, with the simple phrase "Support to KETHEA". We would like to thank them all one by one and one by one. It is the hands of the whole society that embraced to protect the largest body of detoxification in the country

The Management Draft is now a thing of the past. It was rejected by the employees of KETHEA, but mainly by the society. It no longer exists as a draft law but has been downgraded to an internal text, subject to processing only by the committee that drafted it.

On Holy Tuesday, April 27, representatives of the Board. of the Employees' Association met with the Deputy Minister of Health Mr. Zoe Rapti. In this meeting, it was explained to the political leadership why the Preliminary Draft cannot be the basis of any dialogue. In conclusion, in consultation with the Minister of Health, the Workers' Association was asked to submit to the ministry, within a period of about two months, its own proposals for the operation of KETHEA.

Our Association accepts this responsibility. The whole next period will be for us an opportunity for a substantial and democratic dialogue without exclusions and closed doors, in order to form our own proposals, with our eyes turned to the future and to the Greek society.

From the very beginning, the Employees' Association moved away from union logics, in the spirit that KETHEA does not belong either to its appointed Management, or to us who work in it. It belongs to all those who have access to its services, to the entire Greek society that is being tested many times. She needs KETHEA and she can finally keep it alive!

Whether the latest developments will be a constructive basis for a dialogue to strengthen KETHEA or an attempt to appease the reactions, will be proven in practice in the near future. We take it for granted that the results of any dialogue held in the coming months will be put under the final judgment of the General Assembly of KETHEA. The body that tried to completely discredit the Preliminary Draft, although the Minister of Health himself had promised that it would be strengthened within the self-government.

Extraordinary information at 20:00 by Nikos Hardalias about the fires

Extraordinary briefing will be held at 20:00 by the Deputy Minister of Civil Protection and Crisis Management, Nikos Hardalia on the evolution of today's fires. The update will ...
Read more
IT HAPPENS IN ATHENS

The situation in many areas of Athens today is bad today, in terms of harmful PM2.5 particles, ie the thin inhaled particles with a diameter ...
Read more
GREECE

Fire from Albania crossed the border into Thesprotia

On Greek territory, in the remote areas of Limeri and Agios Nikolaos Filiates, the fire that broke out yesterday in Albania near the border with ...
Read more
News Bulletin Athens 9.84

Dramatic hours in Evia. Rovies in the flames. The inhabitants were removed. 12 settlements, dozens of houses and over 20.000 acres have already been evacuated ...
Read more
WORLD

US: Donald Trump appeals against decision to submit his tax returns to Congress

Donald Trump's lawyers went to court today, in an attempt to prevent the former president's tax returns from being disclosed to the Democrats ...
Read more
GREECE

The psychosocial support hotline 10306 is being extended, in order to provide support to those affected by the fires throughout the Territory, following a decision of ...
Read more