Solidarity actions by the municipalities of Attica for Easter 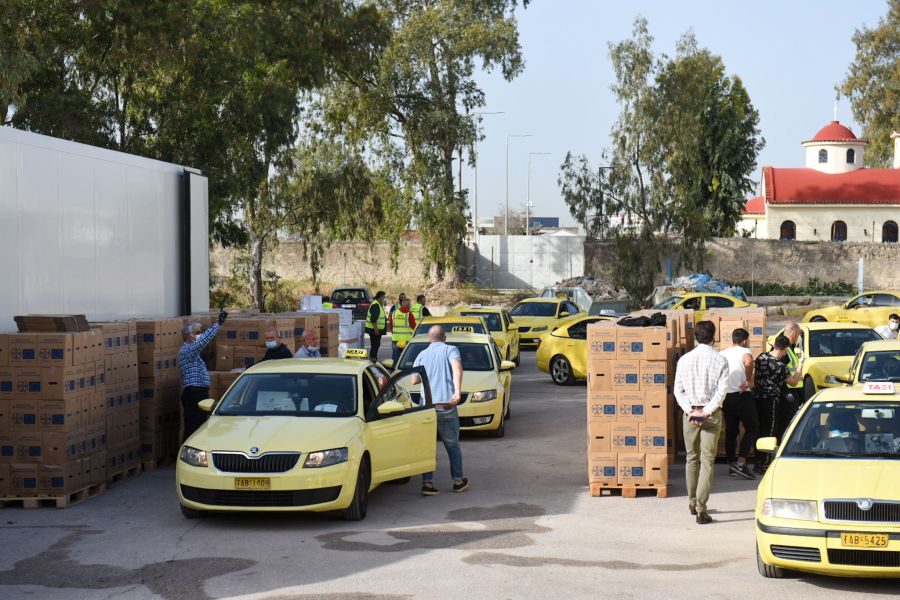 For the second year in a row, Holy Week and Easter are under special conditions imposed by the pandemic and restrictive measures to reduce its spread. Inevitably, the municipalities were on the front line again this year, in order to take care of the vulnerable groups, the elderly and the financially weak, to fill any gap that has arisen, but also to develop actions to make these days as hot as possible. and energetic, especially for children.

The great burden of the municipalities of Attica falls again on their Social Grocery and "Easter meals" for those families who have joined the structures, as they are unable to cope with the basic needs, while the municipalities as a whole offered a complete " Easter table ". For days now, staff and volunteers have been working feverishly to get food and meals to every home in need, including traditional items such as lamb with potatoes, buns and cookies, and even a cook in some cases. The amount of meat is always proportional to the members of each family.

The municipality of Metamorfosi also distributed Easter packages to the children of the beneficiary families, with a candle, a bun and chocolate eggs, but also buns for the members of KAPI, while the staff of the kindergartens prepared sweets to be distributed to the elderly who serve the program. Help at home". And the municipality of Fili provided the beneficiaries with a complete Easter table and candles for the whole family, as well as toys for the children.

The municipality of Egaleo strengthened the parishes of the city with food, in order to make them available to residents who know that they are facing social and economic problems. The Municipality of Pallini, in addition to the "Easter table", also created bags from the recycling of unwashed clothes and fabrics of the Social Exchange, with a candle, cookies, a chocolate egg and a bun for the members of the beneficiary families.

In the municipality of Halandri, teachers and staff of kindergartens prepared Easter baskets, with buns, eggs, candles and greeting cards and offered them to the Social Grocery, to be distributed to the children of the beneficiary families.

Several municipalities in Attica also organized solidarity actions, such as the municipality of St. Petersburg, which invited citizens, organizations, associations and businesses to actively contribute to the Social Grocery and offer gifts and toys, to be distributed to children beneficiaries of the structure.

In all cases, the response from the public is impressive. As part of this solidarity, many individuals, companies, shops and supermarkets offered gift certificates to the beneficiaries.

Finally, the municipality of Papagou-Cholargos offered gift vouchers for purchases to students of families who are part of social structures and studying outside Athens.

During the last year of quarantine, most municipalities in Attica even created special services with social workers, for the psychological support of lonely people and generally those who feel need or pressure due to confinement, so that no one feels alone and isolated these days.

In fact, this action of psychological support has not stopped throughout the pandemic, as many municipalities are constantly organizing online meetings and lectures for these very cases, but especially for depression, which especially these days to some of our fellow human beings may to appear more easily.

Live broadcast of the sequences of Holy Week

And if last year the churches operated behind closed doors, this year they operate with a limited number of people, so again a large part of the faithful are not able to attend the Divine Drama throughout Holy Week and the Resurrection inside the temples or even in the courtyards. Thus, again the municipalities are trying to fill the gap, with the online transmission of the Sequences from the Holy Temples, through a special platform on their official website or from the web tv, such as the municipalities of Kifissia, Ilio, Glyfada and Elefsina.

The children of the kindergartens of the municipalities were also in the center of the actions, as with the Easter paintings created by the students of the Children's Painting Laboratory of the municipality of Nea Ionia.

Fire in a car yard in Maroussi

Fire in a car yard on Megalou Alexandrou Street in Maroussi. 12 firefighters are operating with 4 vehicles and a special ladder vehicle. # Fire in a car pen on ...
Read more
984

An investigation into what exactly happened in the chase with shootings in Perama, which resulted in the death of a 20-year-old, is being carried out by ELAS, while ...
Read more
IT HAPPENS IN ATHENS

For many years, the cleaning policy applied in Athens did not have the expected results. Any cleaning intervention was fragmentary and limited to its points ...
Read more
GREECE

Heraklion: Arrest of a foreigner who illegally possessed tobacco products

A foreigner accused of violating the law was arrested on Saturday night in Heraklion, by police officers of the Two-wheeled Police Team of the Heraklion Immediate Action Department ...
Read more
GREECE

Thessaloniki: For excessive speed the 491 confirmed violations in the last 24 hours, in a total of 1.355

The violations that were confirmed in the last 1.300 hours in the context of the 24 vehicle inspections that took place in Imathia, Kilkis, Pella, ... amount to more than 4.235.
Read more