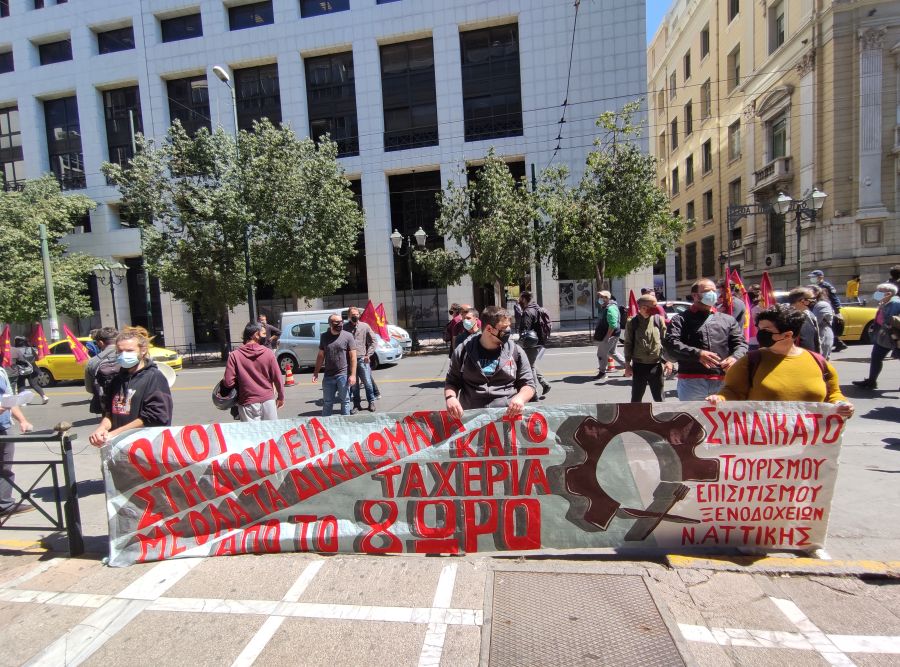 Mobilizations took place earlier in Klafthmonos Square, first by retirees from Attica and then by the Panhellenic Federation of Food and Tourism Workers.

Regarding the first mobilization, the retirees ask for the retroactive benefits to be given to all the retirees, as well as the reinstatement of the 13th and 14th pensions.

At the same time, they express demands regarding the protection of public health, such as the order of the private health sector, the recruitment of permanent doctors and nurses and the creation of more Intensive Care Units (ICU).

Then the workers in food and tourism took… position in Klafthmonos square, escalating their mobilizations that they are doing in the last weeks.

They demand, among other things, the implementation of the sectoral collective agreements that have been signed, the re-employment of seasonal workers, but also adequate measures to protect the health and safety of workers.

After interventions made from a step placed in Klafthmonos Square, the workers were transported out of the Ministry of Labor, shouting slogans again and calling for the mobilizations that will take place on May 6, in the context of May Day.

Civil Protection responds to reports that reported violations of a health protocol in a Super League 2 match through an announcement. About the championship ...
Read more
984

The Prime Minister expressed Greece's support for the initiative of the Portuguese Presidency in order to put a very high priority on the social agenda of Europe, ...
Read more
News Bulletin Athens 9.84

A short conversation with the President of the Republic of Lithuania, Gitanas Nausėda, during which they exchanged gifts on the occasion of the 200th anniversary of ...
Read more