In words (done): An evening dedicated to the poet Bill Knott 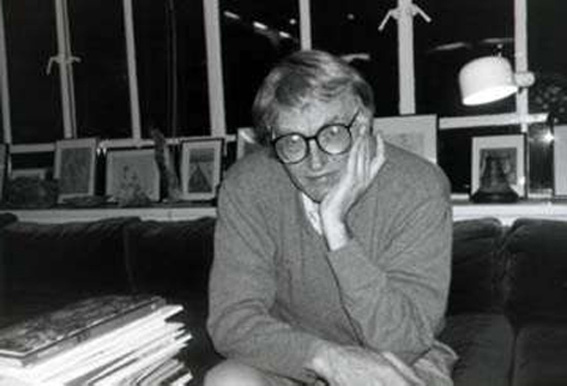 Ο Bill Knott (1940-2014) was born in Carson City, Michigan. In 1968 he published his first collection of poems entitled The Naomi Poems: Corpse and Beans, under the pseudonym Saint Gerard, a fictional character who had committed suicide two years before the publication of the work. The collection received rave reviews and aroused the interest of poets such as James Wright, who called Knott "unquestionably intelligent". Knott taught at Emerson College for more than 25 years, published many poetry books, and was awarded the Iowa Poetry Prize and the Guggenheim Scholarship. Linguistically ingenious and humorous, with a wide range of subjects and a recognized work, Knott finally decided to make all of his poems available online for free.

After eight stops in the past years, in emblematic forms of American poetry - Emily Dickinson, William Carlos Williams, Elizabeth Bishop, Robert Duncan, Marianne Moore, Ezra Pound and Robert Frost - "With the words (done)" introduces the Greek public a lesser known but special poet. Eighty-one years after the birth of Bill Knott, his poems are translated - for the first time in Greek - translated by 13 Greek poets.

The original poems are read by Gregory Barton, Chris Sakellaridis and Stephen Tagle.

At least once a day,
every day,
to ensure that the person
my
it is not at all compatible with God
I smile.

To a dead friend

If the truth prevailed
then you and I.
we would be two
instead of one
where we became

Great battles in Volos and Agrinio

On Saturday, May 8, the 6th game of the Playouts of Super League 1 takes place with the holding of three matches at 19:30. OFI and Panaitolikos are ...
Read more
COVID-19

Thailand: To speed up vaccinations, while approval of the use of the Moderna vaccine is expected

Thailand is expected to offer the Moderna vaccine against COVID-19 to most of its population, as it accelerates the promotion of the campaign ...
Read more
GREECE

Chania: Arrest of a foreigner for counterfeiting banknotes

A foreigner was arrested by police in Chania on charges of counterfeiting banknotes. The arrest took place at noon on Friday when an investigation was carried out in ...
Read more
GREECE

Thessaloniki: Arrest of a 41-year-old man on the old Thessaloniki-Kavala highway for illegal transportation of foreigners

The arrest of a 41-year-old foreigner, who illegally transported five people without travel documents for a stay in Greece in a passenger car, proceeded ...
Read more
News Bulletin Athens 9.84

In extension, possibly until the end of June, it is estimated that the Ministry of Finance will proceed immediately for the "BRIDGE II" program. Tomorrow expires the deadline ...
Read more
COVID-19

The President of the European Council Charles Michel stated today in Porto (Portugal) that the EU is ready to discuss a lifting of diplomas ...
Read more
984

Tragedy in the Eye: Interrogation Completed - They Knew Early for the Dead

The main investigation for the deadly fire in Mati with the 102 dead has been completed and the case file is expected to be forwarded to ...
Read more