Faliro: Traffic regulations for a month due to work 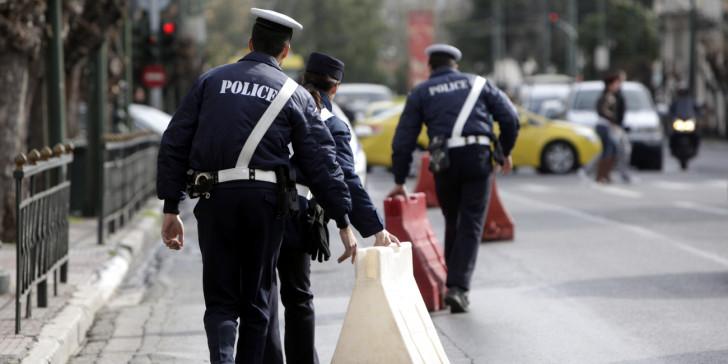 Traffic interventions are valid in Faliro from April 2 and for one month in the context of works for the regeneration of Faliriko Bay.

More specifically, due to the works, there is a complete cessation of traffic on I. Fix Street, in the section from the height of its junction with Aiolou Street to its junction with the old L. Poseidonos in both traffic streams for 30 days.

The governor of Attica, George Patoulis, asks for the understanding of the drivers and appeals to the drivers to follow the instructions of the competent bodies as well as the relevant markings for the bypass roads for their convenience. He also points out that this is an emblematic project, which changes the coastal front and is in the final stage of completion of its first phase. "We are working in order not to lose a single day and to proceed immediately to the implementation of the second phase."

During the traffic interventions there will be information from the illuminated matrix signs and from the website of the Region for the alternative routes that the citizens will need to follow.

EETE: Sculpture exhibition at the Byzantine and Christian Museum

A sculpture exhibition is organized by the Chamber of Fine Arts of Greece at the Byzantine and Christian Museum from September 16 to October 17, 2021. The exhibition, in ...
Read more
WORLD

Iran will return to talks "very soon" to return to compliance with the 2015 agreement on Iran's nuclear program, he said ...
Read more
WORLD

German elections: In one unit the difference between SPD and CDU / CSU

Two days before the federal elections, the Social Democratic Party (SPD) maintains its lead, however the difference from the Christian Union (CDU / CSU) has ...
Read more
News Bulletin Athens 9.84

Slowly but steadily the number of coronary cases is declining day by day. EODY announced another 2.046 crown cases. Within a day ...
Read more
SPORT CITY

Spanoulis and the Angelopoulos give a press conference

Vassilis Spanoulis and the Presidents of KAE Olympiakos will give a press conference to SEF on Monday (27/9, 18:00) on the occasion of his withdrawal ...
Read more
CIVILIZATION

The cultural week starts today, Friday, September 24, with a tribute from the Attica Region to the great Mikis Theodorakis with the "Mikis Theodorakis" Orchestra on ...
Read more