Ch. Akar: Due to the bad weather, the accident with a military helicopter 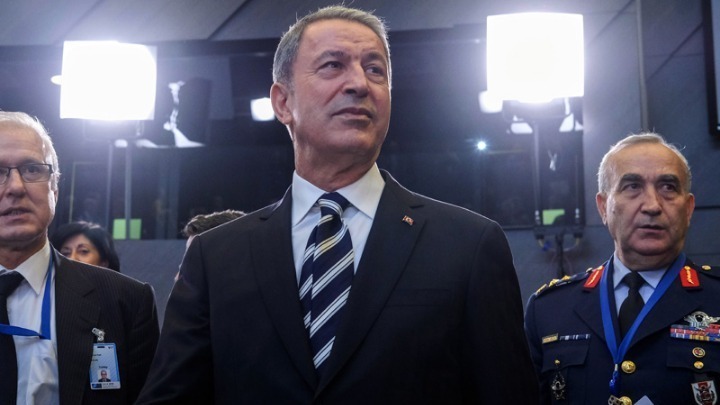 A military helicopter crash that killed 11 people, including a senior officer, in southeastern Turkey on Thursday was reportedly due to bad weather, the Turkish Defense Minister said today.

"According to the first information and testimonies, the accident occurred due to bad weather conditions," said Turkish Defense Minister Hulusi Akar.

The minister clarified, however, that the exact cause of the accident can be announced only after a "detailed investigation".

Two injured, who are in stable condition, are still being treated, Akar added.

General Osman Erbas, who commands the eighth corps of the Turkish army, is among those killed in the accident in the Bitlis region (southeastern Turkey).

According to the Ministry of Defense, the helicopter, a Cougar built by Airbus, took off from the city of Bingιόl shortly before 13:00 (Greek time) to go to Tatvan and half an hour later disappeared from radar.

Authorities located the crash site after developing unmanned aerial vehicles, a reconnaissance plane and a helicopter.

According to the images broadcast by the Turkish television networks, the area where the accident took place was covered with thick fog.

An official ceremony attended by the Turkish president is scheduled this afternoon for the funeral of the soldiers killed in the accident.