"The piano and the revolution": Works for solo piano by Greek and Greek composers performed by Aris Graikousis 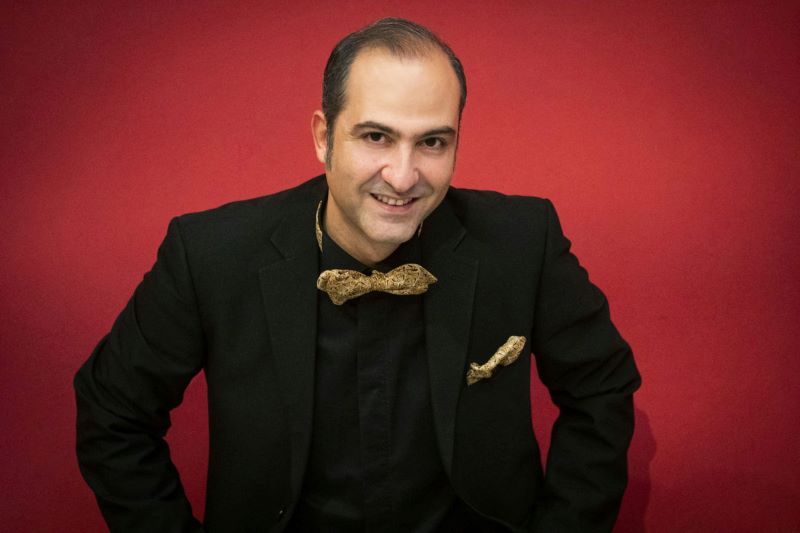 As part of the "Initiative 21" celebrations, at Theocharakis Foundation on the occasion of the completion of 200 years since the Greek revolution, the distinguished pianist Aris Graikousis will perform works inspired by the struggle of the Greeks for freedom. The program includes compositions for solo piano by Greek and Philhellenic composers of the 19th century.

The preface of the evening's works is edited by the actress-director Andromachi Davlou.

The transmission will be free of charge facebook live streaming at σελίδα of Theocharakis Foundation, on Friday, January 29 at 20:30. Duration: 75 minutes

The recital is held with the support of the Attica Region.

He was born in Athens. He graduated from the Hellenic Conservatory of Athens (piano diploma - class R. Schoinas) with first prize and gold medal. He attended classes in the summer classes of the "Mozarteum" Academy in Salzburg with Professor J. Paratore. He continued and completed his postgraduate studies at the Detmold Academy of Music in Germany, from where he received his diploma with honors. He then studied repertoire with renowned educator Renate Kretschmar-Fischer. He worked at the Opernschule of the Detmold Academy and the Gütersloh School of Fine Arts.

He has given recitals and chamber music concerts in Germany in the cities of Detmold (ConcertHall and Brahms-Saal of the academy), Hannover (Amphitheater of the Waldorfschule and the MaritinSaal), Bielefeld, Wittmund, Paderborn, Essen, Dortmund Music Thursdays "in Gdansk.

In Greece, for 25 years he has been performing at the Athenaeum International Art Center and Conservatory, at the Parnassos Philological Association, at the State Conservatory of Thessaloniki, at the Kakogiannis Foundation, at the Heraklion Festival of Crete, at the Renaissance Festival Festival in Rethymno, Rethymnon Festival , at the DIPETHE of Corfu, at the Historical Museum of Hydra, at the "Altar Hall" of the National Archaeological Museum, at the Epigraphic Museum, as well as in other rooms throughout Greece.

The concert for the "Full Moon of August" in 1999 in Delos, under the auspices of the Ministry of Culture, was important. He has also excelled in a competition of EPTA (European Piano Teachers Associations) where they organized a solo recital. He has collaborated as a soloist with the Rethymnon Experimental Symphony Orchestra and the chamber orchestra of the Detmold Academy.

His recitals "Musical Associations" were very successful, where he received very warm reviews at the International Art Center at the Athens Concert Hall, in various cities of Greece, as well as in Germany, "Polonaises & Nocturnes" by F. Chopin, LV Beethoven Kingdom of Do "and the" Russian icons "and" Freferic Chopin - Tristesse "where they were given to the V. & M. Theocharakis Foundation. He gave a recital at the Patriarchal Great School of the Nation in Istanbul, where he was awarded honorary plaques for his artistic presence. In the event organized by the Society for Macedonian Studies in Thessaloniki in September 2018, he played in honor of the honored (His Holiness) Ecumenical Patriarch Mr. Bartholomew.

He collaborated with the actress-director Mania Papadimitriou where they presented with great success since 2012 the musical-theatrical performance "Let us remember without nostalgia". In the summer of 2020, in collaboration with the actress - director Andromachi Davlou, they presented at the archeological site of Dafni Monastery and in various open theaters in Athens and the region, the musical-theatrical performance "The spiral of love".

He collaborated with the Hellenic Conservatory of Athens and since 2015 he has been teaching piano at the "Music Horizons" conservatory & art center.

Thessaloniki: Molotov cocktail at a fan association in Langadas

Unknown people threw a Molotov cocktail at an association of PAOK fans located in Lagadas, Thessaloniki. According to the Police, the Molotov cocktail fell on the road without ...
Read more
GREECE

K. Karamanlis: Year of infrastructure in 2021 - Metro line 4 unblocked after many years

For the strengthening of urban transport and the situation that prevails in MMM and major projects throughout Greece, the minister speaks ...
Read more
WORLD

The Minister of Foreign Affairs of Ireland, Simon Coveni, meets tomorrow, Sunday, in Tehran with the President of Iran, Hassan Rouhani, within the limits ...
Read more
GREECE

We usually want the memories of vacations and travels to last forever. But why should the same apply to plastics ...
Read more
984

New schedule in the curfew from today

A new curfew will take effect from today, due to the new measures for the communion virus announced a few days ago by the government. Changes were decided in ...
Read more
CIVILIZATION

A soprano who made a name for himself in the international arena during the 1950s and 1960s, conquering the opera audience all over the world, artistically ...
Read more
COVID-19

The course of both world economic activity and that of the volume of world trade for 2021 and 2022, will depend on ...
Read more