N. Mitarakis: Our country guards its borders with absolute respect for international law 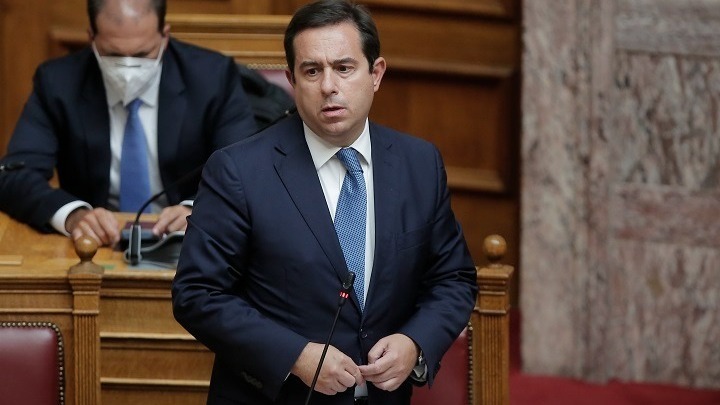 "This Government's successfully addresses any challenge that arises. In pandemic conditions it supports the economy, the market and households from collapse.

With targeted and substantial reinforcements on all fronts to address the effects of coronary heart disease. By providing liquidity to businesses, supporting vulnerable borrowers and property owners and sectors hardest hit by the health crisis, such as tourism, catering, culture, sport, transport and the primary sector. "I am voting against the motion of censure."

Mr. Mitarakis's reaction was strong when the parliamentary representative of SYRIZA, Panos Skourletis, called on him to answer whether the publication of the German magazine "Spiegel" about the deportations to the Aegean by the Greek Coast Guard and Frontex was true.

"The successful effort of the Greek government to guard the Greek border since March 2020, has created a huge financial disaster in the smuggling ring. Greece estimates that those who trade in human suffering have lost about 100 million euros. We have been confronted with organized propaganda several times. With articles that mention the Turkish Coast Guard as a source of information. Things are clear. Our country guards its borders, with absolute respect for international law and I feel that you are reminiscing about the period of increased flows in 2015. Do you want our country not to guard its borders? Do you want 1.000.000 people to enter our country again? Is that what you suggest? Aren't you proud that the country is guarding its borders? I am proud that the Greek Coast Guard has saved dozens of lives in the Aegean this year, this year we have the fewest deaths ever in our country and I tell you clearly: Our country guards its borders with absolute respect for international law and please do not reproduce propaganda of other countries in this room ", Mr. Mitarakis emphasized characteristically.

At the same time, Mr. Mitarakis emphasized the management of the immigration and refugee problem, emphasizing that "this year the flows decreased by 73% while the arrivals in our country are 12.289, when in the corresponding period of 2019 it was 44.734.

The Islamic State jihadist organization today claimed responsibility for Friday's attack on a mosque in the Sakar Dara district of the Afghan capital, ...
Read more
COVID-19

Thousands of Iraqis, including many supporters of Moqtada al-Sadr, responded to the call of the Shiite leader and demonstrated today in Baghdad and other Iraqi ...
Read more