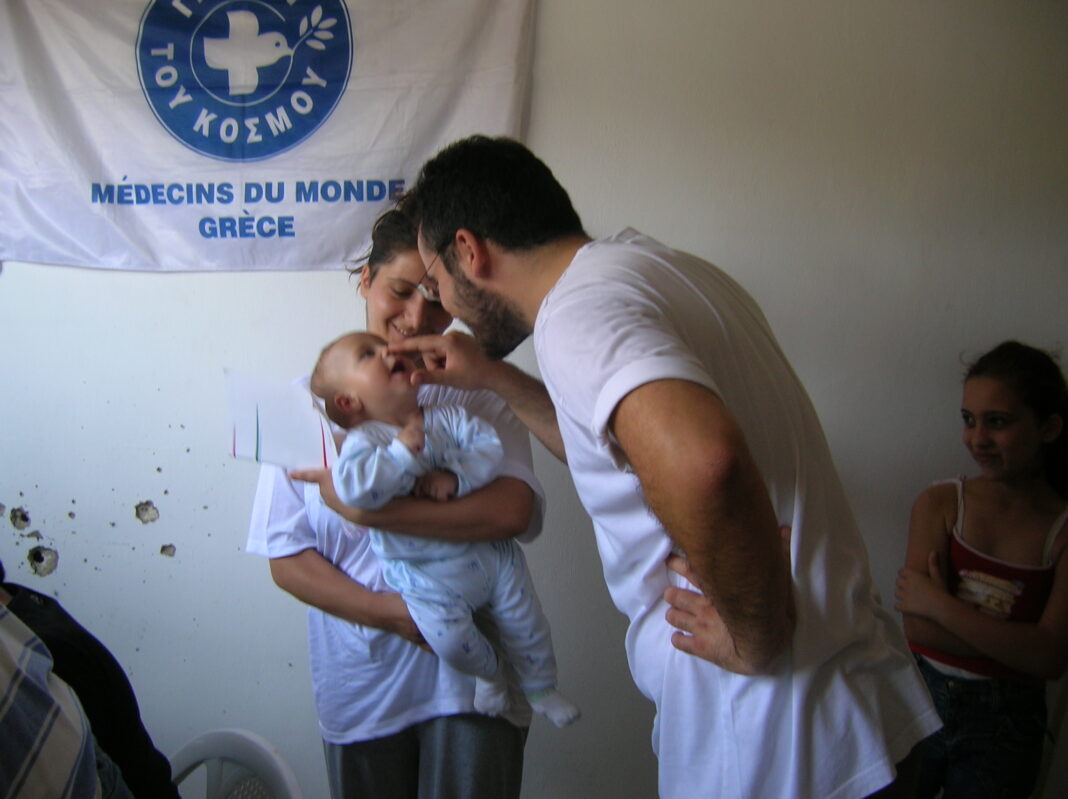 The documentary, "Where there are people" by Nikos Megrelis in collaboration with the Doctors of the World of Greece, is screened in July, at the Summer Cinema "Lais" of the Greek Film Archive.

Based on the unique visual material of Doctors of the World of Greece - which this year marks 30 years of action - and the personal testimonies of the organization's volunteers, Nikos Megrelis directs a long (71 ') documentary that takes us where "there are people" plagued by war, famine, poverty and natural disasters. Where Doctors of the World volunteers strive to save lives and provide humanitarian and medical assistance regardless of religious beliefs, gender, color and sexual orientation.

The "Where there are people", notes Nikos Megrelis, "It is a canvas of fascinating stories told by the volunteers of the organization that lead you to the world of Doctors of the World of Greece. It is a world that as a unit of measurement of life has the joy you feel when you offer help to your fellow man in need ".

At the same time, "Where there are people" is a peculiar journey into the world and the great events of the last 30 years (war in the former Yugoslavia, tsunami and earthquake in Sri Lanka and Indonesia, war in Iraq, earthquakes in Turkey, etc. .) that shocked humanity.

Ticket price: 7 euros (general admission), 5 euros (reduced), 5 euros (Athinorama Club).
Part of the proceeds will be donated to Doctors of the World.

The outgoing president of the Athens Bar Association, Dimitris Vervesos, after announcing the results of the first round of elections, states in a statement that ...
Read more
COVID-19

The Ministry of Health of Turkey announced yesterday Monday that in the previous 24 hours 24.317 cases of SARS-CoV-2 were confirmed after 358.816 tests, with the ...
Read more
WORLD

In mild tones and in terms of political culture, without missing some peaks between the candidates, the debate of the five took place last night ...
Read more