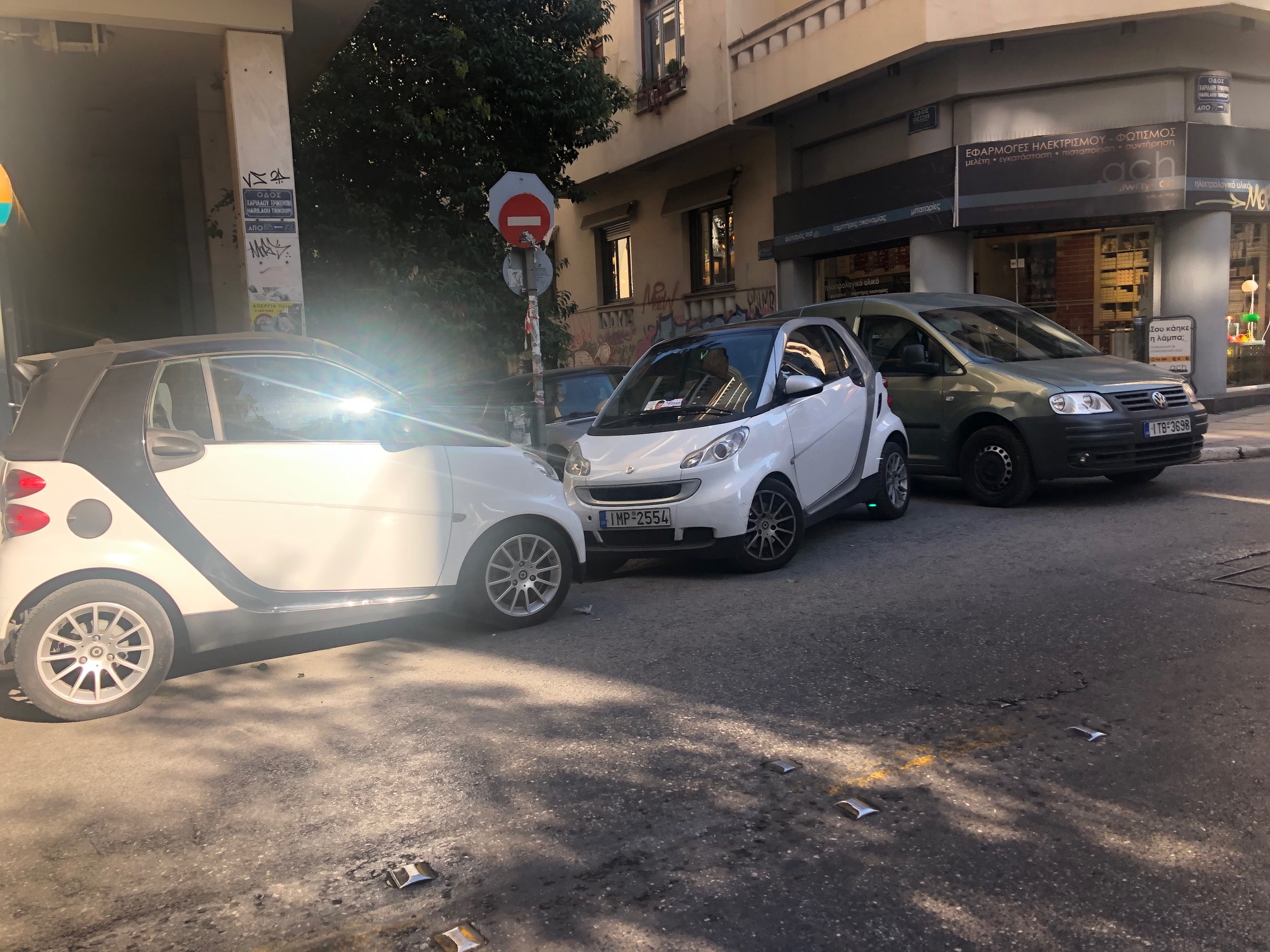 "Agathi" are for Athens the double parking and consequently the illegal parking. Shopkeepers and residents are protesting, demanding more controls from the traffic police and the municipal police, as well as the immediate creation of municipal parking lots.

"Double parking" and uncontrolled use of bus lanes further aggravate the situation on the main streets of Athens. The biggest problem is located in the narrow streets: Solon, Hippocrates, Charilaou Τρικούπη, Patriarch Joachim and Plutarch, where illegal parking with sidewalk squats on a daily basis tends to become the norm in recent years.

Shopkeepers and residents are calling for the immediate intervention of the state and the municipality in the matter of policing and controls and the creation of municipal parking spaces to serve drivers. Especially for Ippokratous and Charilaou Trikoupi streets, they complain that these are two streets in the "heart" of the center of Athens that present extremely heavy traffic, serve many bus lines, are narrow and have bus lanes. 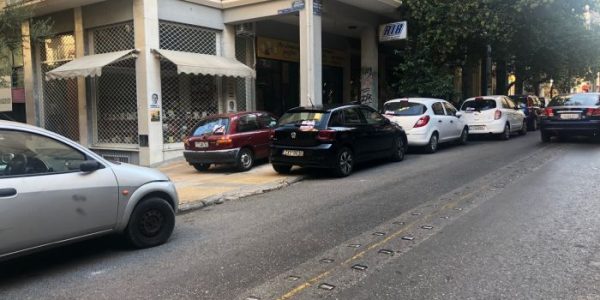 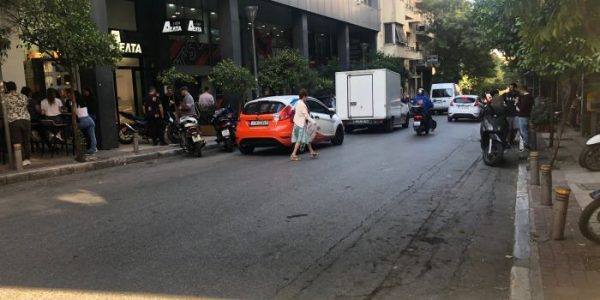 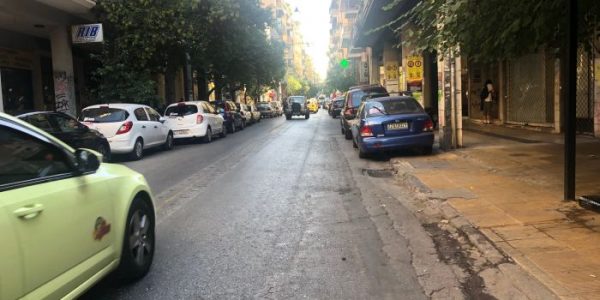 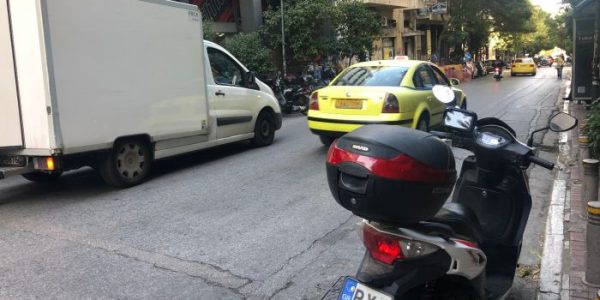 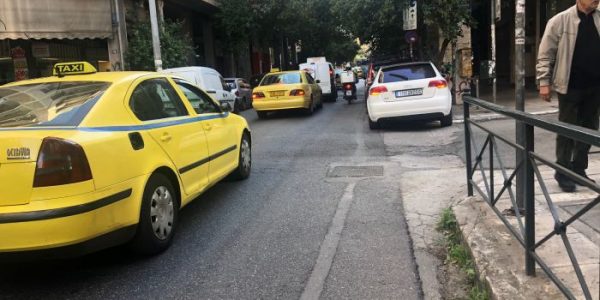 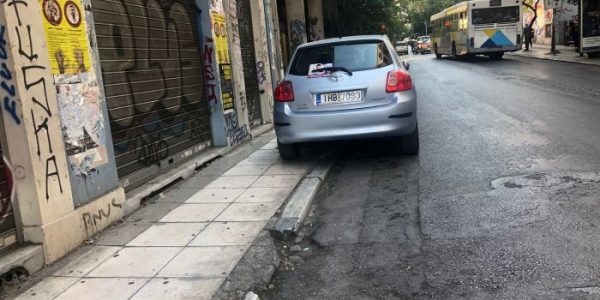 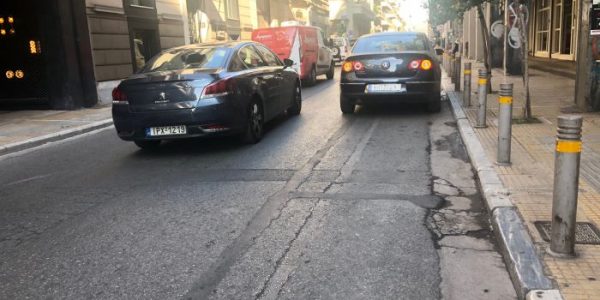 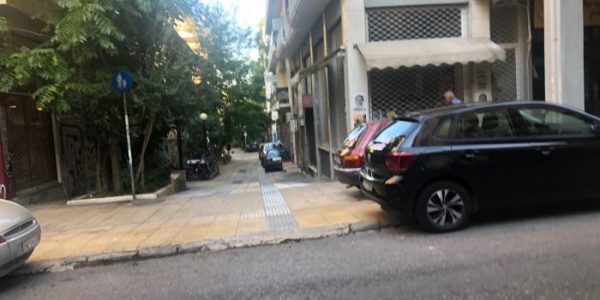 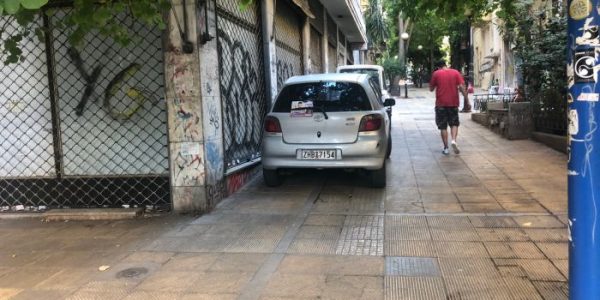 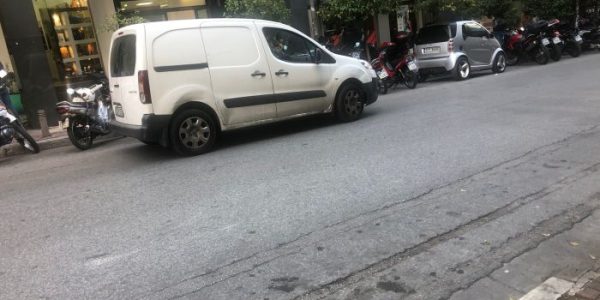 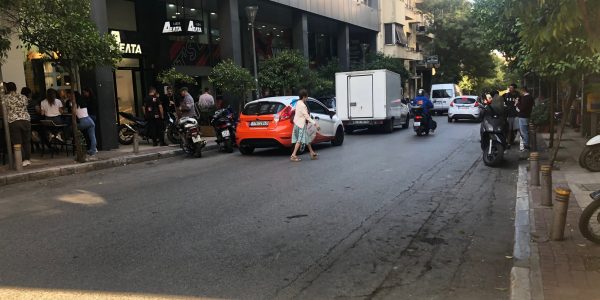 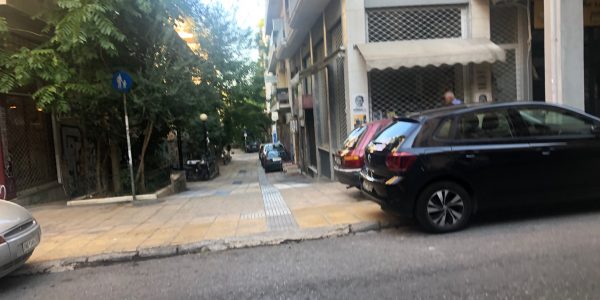 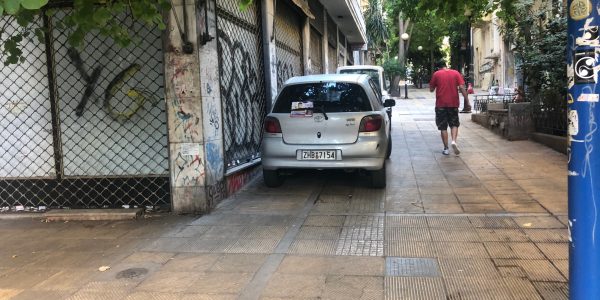 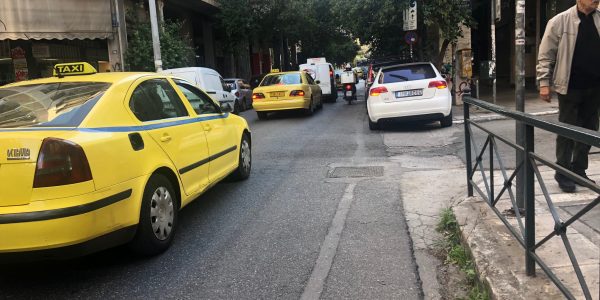 On Ippokratous and Charilaou Trikoupi streets, a huge problem is recorded from the double parking, mainly during peak hours, ie from 9 in the morning until 2 at noon.

The problem focuses on two factors:

-In the refueling vehicles of the shops, causing a traffic blackout, sometimes blocking the passage of buses of the line and the vehicles.

To the unconscious drivers who leave where they find their vehicle, either by double-parking or even occupying the sidewalks.

Almost along the entire length of Charilaou Trikoupi Street, sidewalks are occupied, while at its junction with Dervenion Street and adjacent sidewalks, illegal parking is "raging". The picture is similar on Ippokratous Street, but also on Solonos, Patriarchou Ioakeim and Plutarchou streets.

"It simply came to our notice then. This state of lawlessness that has prevailed in recent years must one day change. To put an end. Some shopkeepers make sure that refueling vehicles are parked in places that do not pose a problem, but others are not interested. There is a strong parking problem in Athens. Something has to be done. Transfer this to the municipality and the new municipal authority. "We urgently need municipal parking spaces," said one of the shopkeepers in the area.

"The situation is tragic. Roads are often closed by double parking, as buses do not fit. To all this we should add the drivers, who leave where they find their vehicle. We understand them because they have nowhere to put their cars, but on the other hand they must also understand us. More calls from the Police and checks by the municipal police, creation of parking spaces and to finally pass the message to the Athenian that he can not use his vehicle anywhere, no matter where he moves. These are the solutions ", said a shopkeeper on Ippokratous Street.

Roads - "champions" in the removal of license plates

According to the latest data from the Municipality of Athens, Patriarchou Ioakeim Street, in Kolonaki, appears to be the "champion" in illegal parking with 2.272 confirmed calls and removal of license plates, Hatzichristou Street with 1.601 calls, Thessaloniki Street, Amerik Street with 1.081, Evelpidon Street with 1.026, Garivaldi Street with 696, Larissis with 680, Mitropoleos with 672, followed by Solonos Street with 637, Skoufa with 380, Koumbari with 367, Patision with 275, Akadimias with 253, Sp Mercouri with 219, Athanassiou Diakou with 203 and Panepistimiou with 151.

The decisions of the European Medicines Agency (EMA) for the Johnson & Johnson vaccine are expected today, after the issues that arose with the occurrence of cases ...
Read more
984

The way is open for retirement with legislation: Mandatory temporary, increase of debt limit, private accountants and lawyers

Mandatory payment of the temporary pension for all beneficiaries who have or are about to apply for retirement, increase of the debt limit to the insurance ...
Read more
200 YEARS OF HISTORY

A ten-minute video with the figures of fighters and scenes of the revolution of 1821, will be shown every half hour, from 9 to 11 every night, on the facade ...
Read more
CIVILIZATION

Entries for the 11th International Micro Festival have opened

The International Micro Festival addresses the annual invitation to Greek and foreign cinematographers to submit their work, for the selection of films ...
Read more
984

In 6 final monthly installments, as last year, this year will be called to pay ENFIA, starting in September, about 6,2 million owners ...
Read more
News Bulletin Athens 9.84

Within the day the new decisions of the European Medicines Agency for the unique vaccine of Johnson & Johnson. The vaccination platform opens tomorrow for ...
Read more
984

A ten-minute video with the figures of fighters and scenes of the revolution of 1821, will be shown every half hour, from 9 to 11 every night, on the facade ...
Read more
IT HAPPENS IN ATHENS

Preschool education in Athens in houses and not in containers

The pre-school education in Athens will operate according to the specifications of the kindergarten, the general secretary of the municipality, Alexandros Tsiatsiamis, assured parents and teachers during ...
Read more
IT HAPPENS IN ATHENS

Premiere tonight, at nine in the evening, in Athens 9,84 of the first radio theatrical performance that after years "goes up" on the airwaves, in the context of ...
Read more
IT HAPPENS IN ATHENS

Costas Bakogiannis: "Let peace and tranquility prevail in the city"

"Bombs in the social peace of the city" characterized the mayor of Athens, Costas Bakogiannis, what is happening with the various "crown parties" that are organized in central squares ...
Read more
STREAMING

OPANDA internet tours: Stories behind the buildings of old Athens

Get to know Athens: Online tours in Athens by OPANDA and the Museum of School Life and Education If the buildings spoke - Stories behind ...
Read more