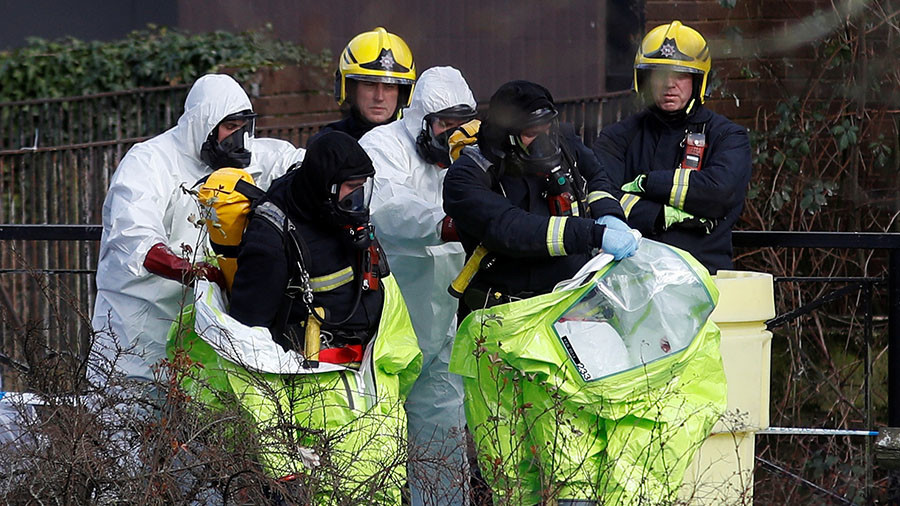 The US government today imposed a series of new sanctions on Russia for the attack with the chemical weapon Navitsok against the Russian former double agent Sergei Skripal in 2018 in the south of England, the responsibility for which Washington and London blame Moscow.

In this context, Washington will oppose any assistance to the Russian Federation "on the part of international financial institutions", impose restrictions on US banks' access to the Russian government debt market and restrict the export of goods and technologies to Russia, he said. State Department Morgan Ortega in a statement.

The measures, imposed under the 1991 US law on the elimination of chemical and biological weapons, will take effect on "August 19", after the notification of the American Congress, according to the representative of the American diplomacy. They will remain in force for at least 12 months.

The law stipulates that sanctions can only be lifted if Russia proves beyond any doubt that it "will not use chemical weapons again in the future", with the verification and control of international inspectors.

This is the second series of US sanctions against Russia in this case.

In 2018, the Russian former double agent and his daughter Julia were found unconscious in a mall in Salisbury (southern England) and were taken to hospital in serious condition.

London has accused Moscow of being behind the poisoning with Naviczok, a powerful neurotoxic agent of Soviet capture, in retaliation for Skripal's cooperation with British intelligence. The Kremlin denied it.

The Scripal affair sparked a major diplomatic crisis — the worst since the Cold War — leading to the expulsion of more than 300 Russian and Western diplomats from both sides.

Skripal, a former GRU (Russian military espionage) officer, was convicted in 2006 of "utter treason" before being involved in an exchange of spies organized by Moscow, London and Washington.

Skripal and his daughter were discharged from the hospital a few months later. Their poisoning had a side victim, a woman who died when sprayed with what she thought was perfume, contained in a vial picked up by her partner.