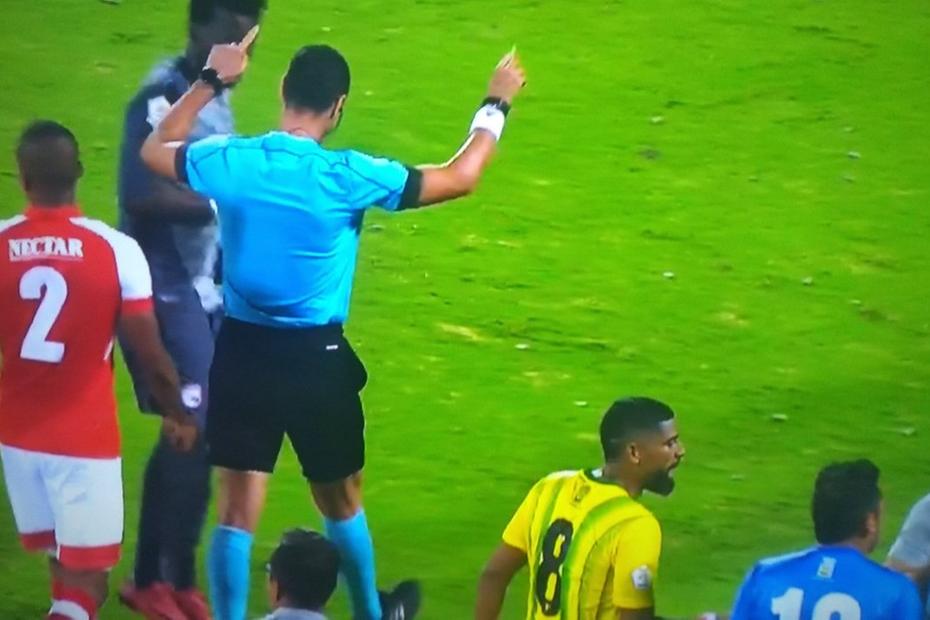 Wilmar Rodan, referee in Colombia, seems to have come to us from the future. In a controversial phase it showed with the characteristic VAR motion. With the small detail that the system has not yet worked in the Latin American country.

Vilmar Rodan has been an international referee since 2008, has trained for the VAR before the Copa Libertadores and the Mundial of Russia and seems to see it everywhere in front of him. Even where it does not exist.

More specifically, in the match between Atletico Bucaramanga and Independiente Santa Fe, in order to convince them of a decision, in a phase when a goal was scored and there were doubts about whether or not there was an offside, he made the characteristic move to use VAR.

Only there is a small detail in the story. There is no VAR in Colombia.

The bodies of three people were retrieved from properties set on fire in Choniara, the capital of the Solomon Islands, where riots broke out on Wednesday, he announced today ...
Read more
GREECE