P. Filippou in Athens 9.84: "Clearly there are political issues" 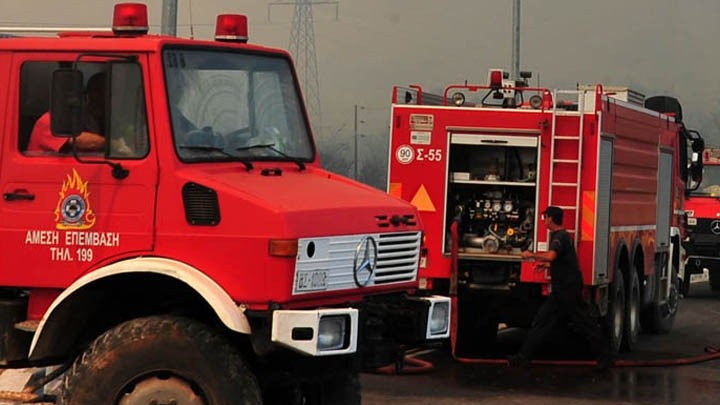 "There are clearly political issues. We should have more planes, more fire trucks, better equipment for the people who fight the firefighters with fire ", stressed Petros Filippou, Deputy Regional Governor of Eastern Attica.

"The Region and the Civil Protection have knowledge from the first moment of the incidents because we are in open communication with the Fire Brigade", he noted speaking to "Athens 9.84" and Despina Bardakou.

"There are clearly political issues. We should have more planes, more fire trucks and better equipment for the people fighting the fire, the firefighters. Of course, I have to note that I am not sure whether this incident could be addressed ".

An evacuation document could not be found in seconds - Practically not

The Deputy Regional Governor of Eastern Attica for the coordination stressed: “There could not be an evacuation document. Who could do it in seconds? We are talking about a basically verbal coordination. The fire spread quickly. The call for the coordinator came out around 18:30 -18: 45. The people of the Fire Brigade were in the Field. You meet at the time of the event and see what you are doing from now on. If the coordination could be done at 17:15 would it be done and you would not give an hour to the other to come from where he is? It must be understood that this was practically not possible. "

Our country will be visited for the last time as Chancellor of Germany, Angela Merkel, who accepted the invitation of Prime Minister Kyriakos Mitsotakis. THE...
Read more
984

A derailment of a commercial train engine occurred shortly after midnight on Saturday to Sunday, in the area of ​​the Thessaloniki Railway Station, near the boarding docks and ...
Read more
GREECE

Welcoming the work of the 11th International Conference on "The demographic challenge, the role of large families and the future of Europe" will address ...
Read more
GREECE

A large quantity of Indian hemp, 256 kilos, was confiscated after a police chase on the shores of Thesprotia yesterday at noon, while two arrests were made. In particular, in the context of ...
Read more
News Bulletin Athens 9.84

Additional measures and interventions to alleviate households from the wave of price increases that hit the world economy, announced the government spokesman, Giannis Oikonomou ....
Read more