G. Stournaras: The restructuring of red loans by servicers will judge the success of HERACLES 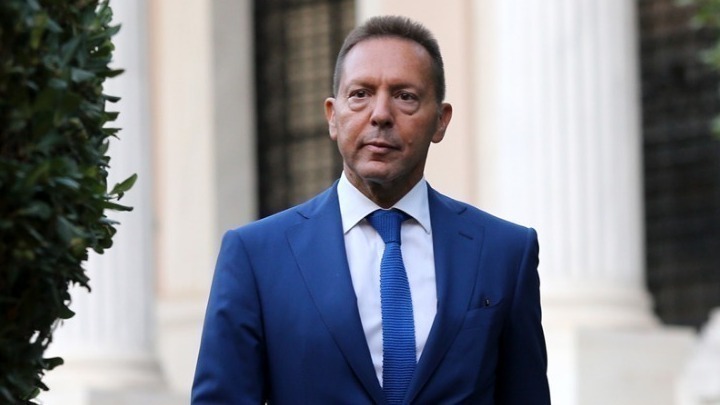 The Governor of the Bank of Greece addressed a "call" to the red loan management companies (servicers) to take advantage of the institutional framework provided by the state and to proceed to a more efficient management of the debt of individuals and companies.

According to Mr. Stournaras in an interview given to Naftemporiki, the red loans may have "come out" of the banks' balance sheets, as a result of which their percentage on the updated loans is reduced, however this debt does not disappear.

For this reason, as he said, "it is important for the management companies, the NPLs Servicers, to be able to manage the stock of MES they have undertaken as efficiently as possible. This presupposes the utilization of the Out-of-Court Debt Settlement Mechanism and the provisions of the recent law on debt settlement and provision of a second chance. It is important for management companies to offer viable settlement solutions to borrowers or more efficient pledge management - where necessary - to facilitate these borrowers to return to the production process. And also it should not be forgotten that the successful management of MES by the management companies is a precondition for the success of the Hercules state guarantees program "".

As the BoG governor pointed out, there is a significant increase in private sector deposits, which have exceeded 180 billion euros, having returned to the levels of March 2011. As for the red loans: from the maximum amount of about 107 billion Non-performing Loans (NPLs) had risen in March 2016 - with the NPL ratio to total loans approaching 50% -, at the end of June 2021 the amount of NPLs on the balance sheets of credit institutions (in individual base) fell significantly to 29,4 billion euros and the MES index to 20,3%.

For the course of the economy, he reiterated that according to the forecasts of the Bank of Greece, in 2021 the GDP is expected to increase by 7,2% or more. Fiscal policy will continue to support the economy in the second half of the year, albeit at a slower pace, as support measures are phased out. Financing conditions are expected to remain favorable due to the easing monetary and financial policies, while the expected inflows from the Next Generation EU (NGEU) fund will give a significant boost to investment.

In 2022, the economic growth rate is projected to be around 5%, provided it continues to be significantly boosted by international tourism, the Eurozone recovery and investment acceleration despite less government support. Finally, the BoG forecast for the growth rate of the potential product in a decade is close to 2,0%.