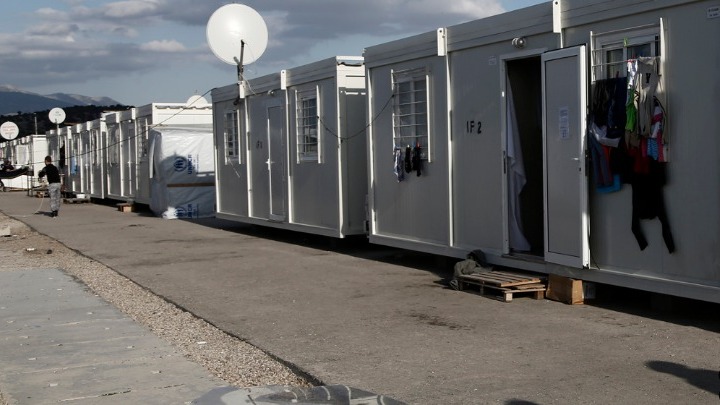 The mayor of Athens, Costas Bakogiannis, requested the cessation of the operation of the accommodation structure for asylum seekers in Eleonas during his meeting at the Ministry of Immigration and Asylum with Minister Notis Mitarakis and Deputy Minister Sofia Voultepsis. his circle ".

According to information from sources in the administration of the Municipality, the mayor of Athens stressed on the one hand, that the reasons that had led in 2015 to the acceptance -by the municipal authority Kamini- of the request of the SYRIZA-ANEL government to create such an extensive refugee structure in in the urban fabric and a few kilometers from the center of the Greek capital no longer exist, and on the other hand, that the management regime and the intensifying malfunctions, cause a disproportionate burden on both the residents of the structure and the neighbors.

Eleonas was then designed to accommodate about 700 asylum seekers and gradually expanded to a capacity of more than 2.500 thousand people with all that this implies for the load received by the infrastructure and its operation.

The municipal authority Bakoyannis, as the same sources point out, "seeing the problems that existed within the structure but also the wider problems that have arisen in the social and economic life on the perimeter of the structure, requested and succeeded in co-management" with the International Organization Migration (IOM), which operated Eleonas with European funds. However, the gradual decongestion of reception and identification centers on the islands and the closure of many inland accommodation structures led, they note, to the further burden of Eleonas. "Hundreds of recognized refugees were taken to the structure without any upgrade of infrastructure and staff, resulting in derailment of its operation. The living conditions of the people in the structure have deteriorated, creating ground for a series of illegal activities and increased delinquency inside and outside the structure "note the sources of the Municipality administration and add:" Given the reduction of refugee flows, the municipal authority

Bakoyannis estimates that the cessation of the operation of Eleonas can now proceed, relieving the area and eliminating the dangers for the families of the refugees, but also of the neighbors ".

According to information from APE-MPE, Mr. Bakoyannis informed the political leadership of the Ministry of Immigration and Asylum that the Municipality of Athens does not intend to renew the concession contract for the space, which houses the structure - a contract that expires at the end of the year. (31/12).

Sources of the Municipality of Athens also state that "the margins regarding the investigation - jointly - with the competent ministry, of the possibility of transforming the structure into an inclusive one have been exhausted. To date, no solution has been found to finance the project. But without this perspective of evolution, the structure in its current form is no longer viable. "

Finally, Mr. Bakoyannis reiterated to the political leadership of the competent ministry, the readiness of the Municipality of Athens to implement a plan for the creation of a transitional accommodation structure for homeless refugees. A structure that will provide overnight accommodation for approximately 300-400 recognized refugees and at the same time offer a direct and effective connection to national or local integration programs.

The government of New Zealand plans to ban young people from buying cigarettes for life, one of the strictest measures in the world for ...
Read more
COVID-19

The average number of patient deaths due to complications of COVID-19 recorded daily in the US jumped to 1.150 last week (+ 57%), according to ...
Read more
COVID-19

Authorities in China have approved a treatment for covid-19 for the first time, two years after the outbreak. Unlike ...
Read more
GREECE

OECD: Retirement threshold increased by 2,8 years - What changes from January

The need to increase the retirement age by about three years in Greece in the coming years, points out the OECD. Meanwhile, from January it changes ...
Read more
SPORT CITY

In a match in which Giannis Antitokoumbo could not impose his game, the Milwaukee Bucks were defeated 113-104 by the Heat ...
Read more
COVID-19

The advance payment of the heating allowance of 100 - 750 euros will be seen in their bank account until tomorrow night, the households that had ...
Read more