Rome: Draconian measures ahead of the G20 international summit 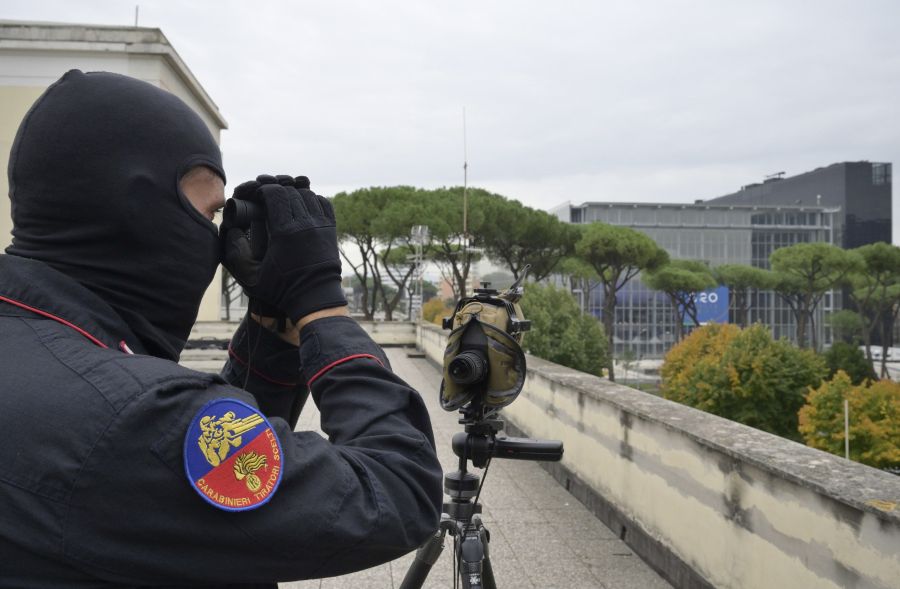 Italian authorities set out the latest security measures ahead of the G20 international summit to be held in Rome at the weekend. As it became known, the meeting will take place in the Eur district, outside the center of the Eternal City. A "red", inaccessible zone of ten square kilometers will be created.

The main goal is to prevent violent demonstrations by protesters, following the catastrophes that took place in Rome on October 9, due to neo-fascists infiltrating anti-vaccine activists. At the same time, the airspace above the area of ​​the international meeting will be closed and a special mechanism will be activated for the detection and destruction of any suspected "drones".

From tomorrow, specially trained dogs and carabinieri pyrotechnicians will inspect the entire Eurozone bit by bit. Finally, in order to protect a total of twenty international delegations, in addition to the police, the carabinieri and, of course, the country's secret services, hundreds of men from the Italian army are expected to be active.